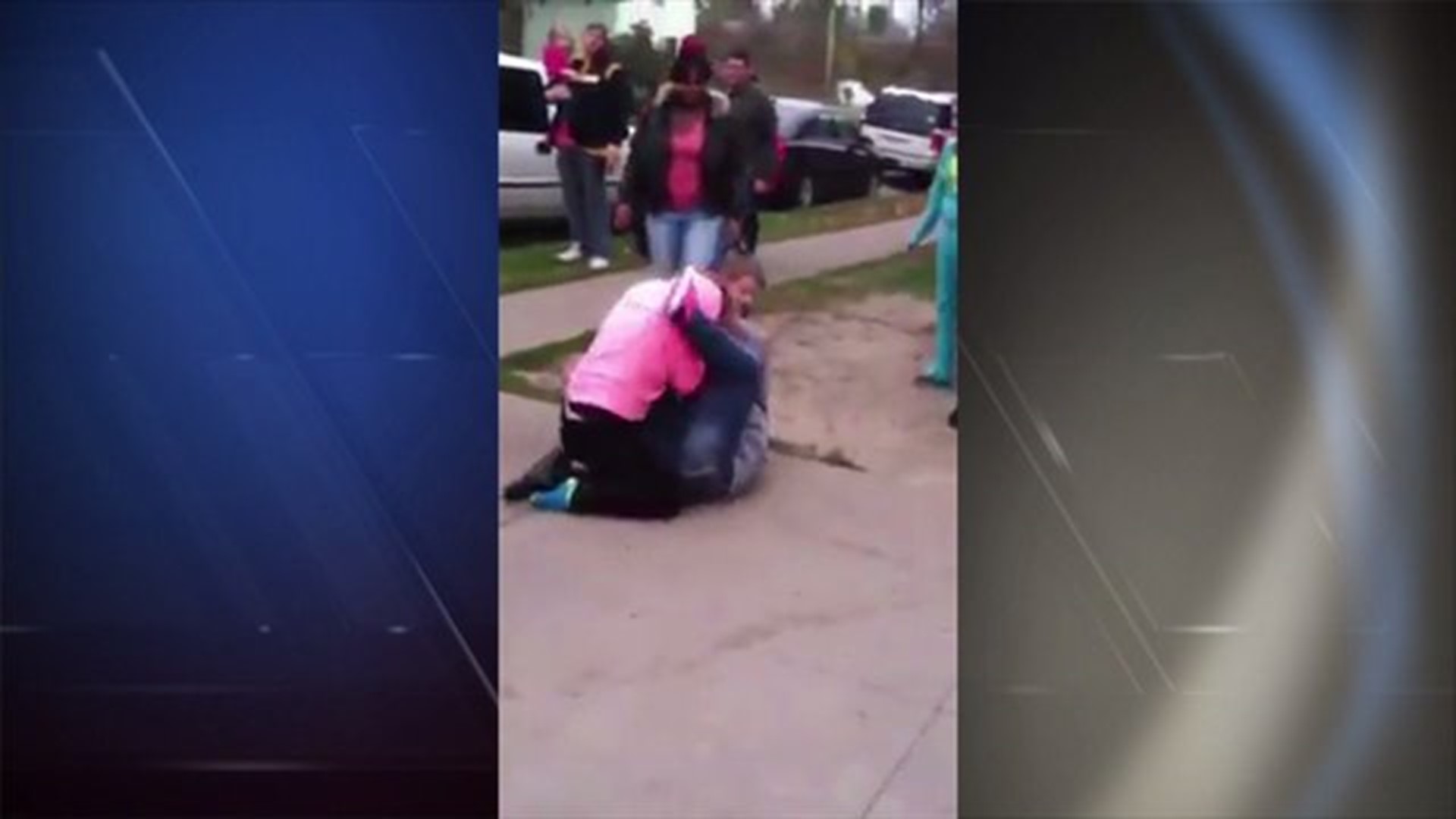 "It resulted in her having permanent damage to the left front lobe of her brain," Reyes said.

It happened last year inside Smart Intermediate, after lunch, when Reyes says her daughter was jumped and beaten, by a girl she barely knew.

Related:  Parents say video of attack at local middle school is evidence of a crime

"Her head was slammed against the concrete ground, it was slammed into the locker multiple times, and she was dragged down the hall while she was beaten," she said.

"Moving to Iowa has been the worst mistake of my life. It makes me sick, because this is happening more and more everyday. It should be stopped. Where are the adults in our schools that's supposed to stop this mess?," she said.

She is speaking out after watching a video aired last week of a young girl being assaulted from behind by another girl at her locker at Wood Intermediate School in Davenport.

"It was like deja vu all over again," she said about the video.

Reyes said for her daughter it started with verbal taunts and threats in the cafeteria. She says she contacted the school to try and make the girls involved stop. She says at the time, school officials say they had talked to the girls and it was resolved.

Later, in November 2014, her daughter was jumped and hit outside, and another kid caught it on his cellphone. After that incident, the bullying became worse.

One month later, her daughter was attacked by another girl. This time, she suffered brain damage.

Her mom has sent her to live with relatives so that she can go to school outside the Davenport district.

She says parents need to be proactive.

"We need to keep pushing this. The adults need to take charge. My daughter is damaged for the rest of her life. It should have never gotten to this point," Reyes said.

The 14-year old girl in the second attack was charged as a juvenile with assault, and is supposed to remain on probation until her 18th birthday.