A 60-year-old Davenport man lost control of his bike Saturday evening and perished in the accident. 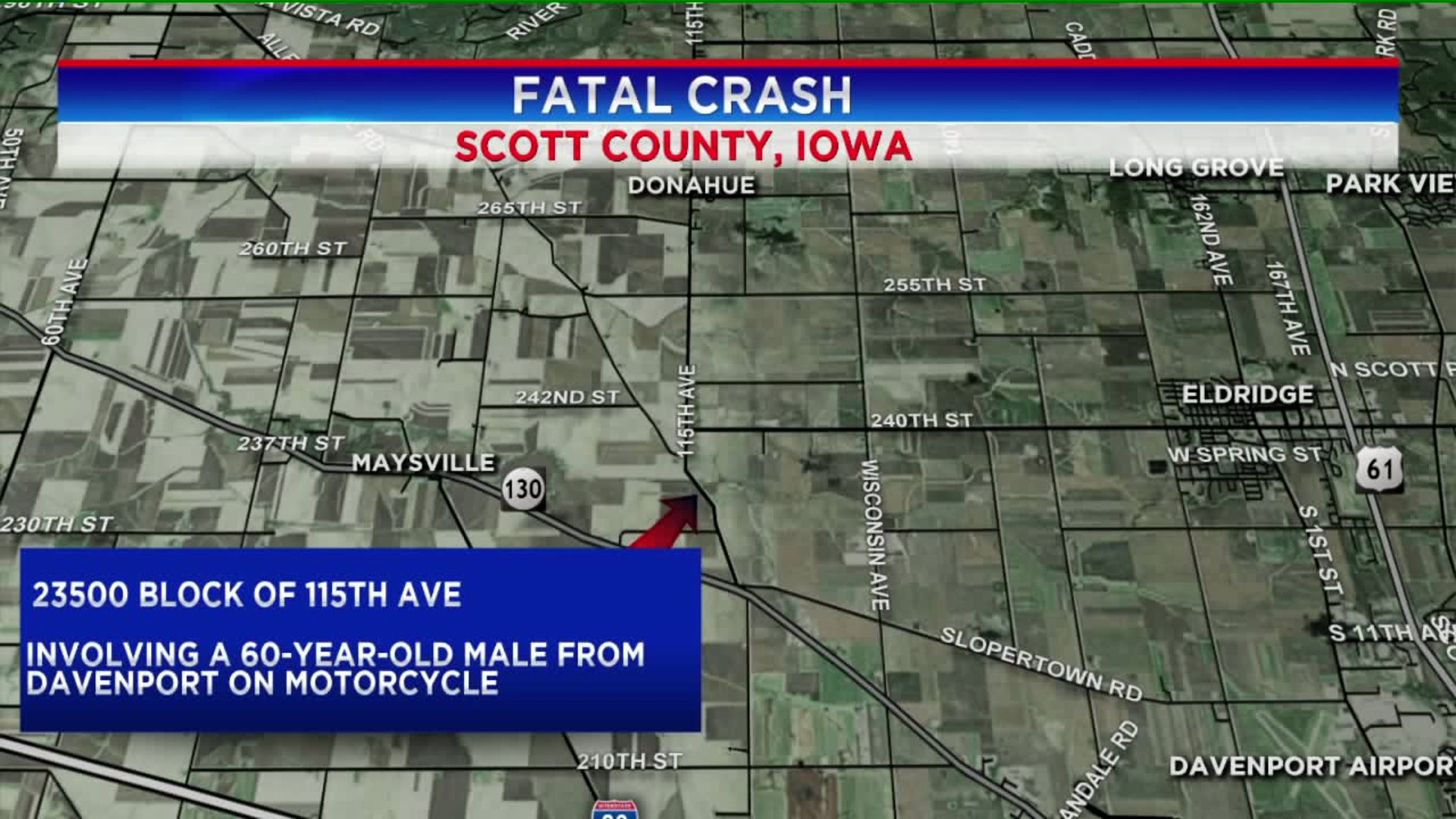 SCOTT COUNTY, Iowa -- A 60-year-old Davenport resident died after losing control of his motorcycle and crashing on the evening of Saturday, Sept. 28, according to the Scott County Sheriff's Office.

At about 7:04 p.m., the office received a 911 call notifying them of a motor vehicle accident on the 23500 block of Scott County's 115th Avenue, about three miles south of Donahue. The Scott County Sheriff's Office Accident Investigation Team responded to the scene and began an investigation.

They found that the driver, 60-year-old Jeffrey Plies from Davenport, was travelling south on the road and lost control of his motorcycle at an "S curve" and crashed, coming to rest in the roadside ditch.

Plies did not appear to be wearing a helmet at the time. Medical personnel arrived on the scene and attempted to revive him, but determined that he had died.