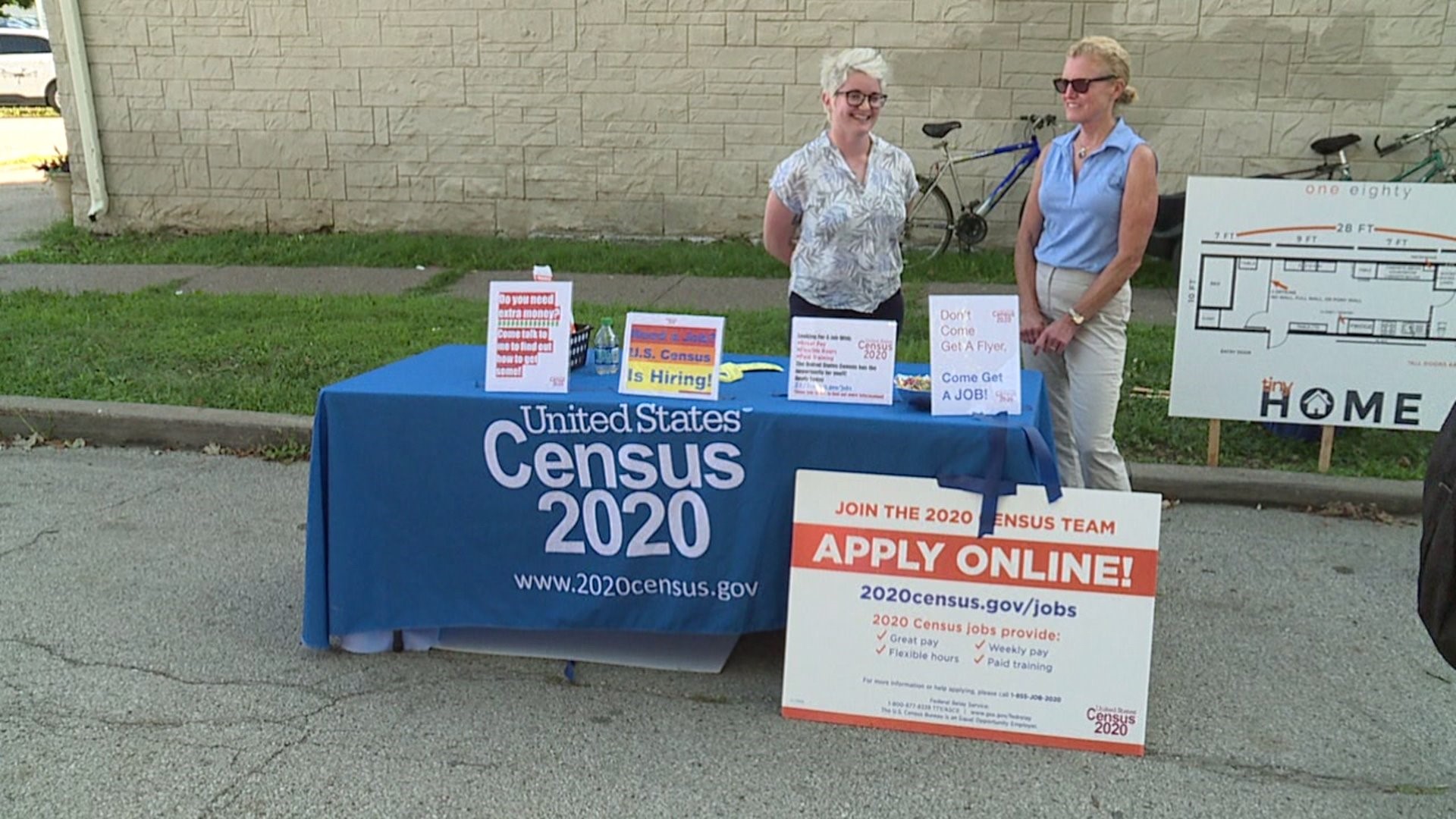 DAVENPORT, IOWA  -- With more than 600 billion dollars in federal funding up for grabs, every person counts in next year's census. But, there's been some worry after President Trump tried adding a citizenship question. Davenport leaders are doing what they can to ease that fear.

"You`re safe to fill out the census form no matter what your racial or ethnic group is," Davenport Mayor Frank Klipsch said. "Everybody is treated equally and we need to make sure that everybody is counted."

Humility Homes and Services, Inc., One Eighty, Ecumenical Housing Development Group, Café on Vine, and Project Renewal, partnered with the Doris and Victor Day Foundation, the City of Davenport, Scott County, and the US Census Bureau to host a community block party to encourage residents to participate in the census.

Mayor Klipsch said making sure everyone is accounted for is crucial for Davenport to get more Federal representation.

"The number of people in your community or in your area determine how many congressman you get at the federal level," he said.

The census counts how many people live in your home. It doesn't ask for everyone's name or social security number. It's just a head count.

"Count them all," Mayor Klipsch said. "If they live with you, count them all at that address. It does make a difference in our community.”

How much federal money each city gets is based on the amount of people that live there. The money distributed to each city can go to any federally funded program, like FEMA and schools.

"We've had some challenges with people concerned with immigration," Mayor Klipsch said. "The fact is, there is no tie with immigration to the people taking the census. It's just a count.”

"I think people are scared," Davenport resident Lupe Serrano said. "Especially the migrant, if they feel that they wouldn’t want to admit they are here. It could be kind of hard for them, especially how they are treating them now."

The Government will give out more than 600 billion dollars based on the results of the census. Census forms and census takers will begin heading out at the first of the year in 2020. Census Day is April 1, 2020.

"We just have to make sure everyone is fairly treated and have all the resources they need no matter where they came from," Mayor Klipsch said.

The census is also hiring more than 1,000 census takers for the city of Davenport. They will pay $15 an hour.