The city has announced their plans to deal with the predicted flood crest of 17.3 feet on Saturday. 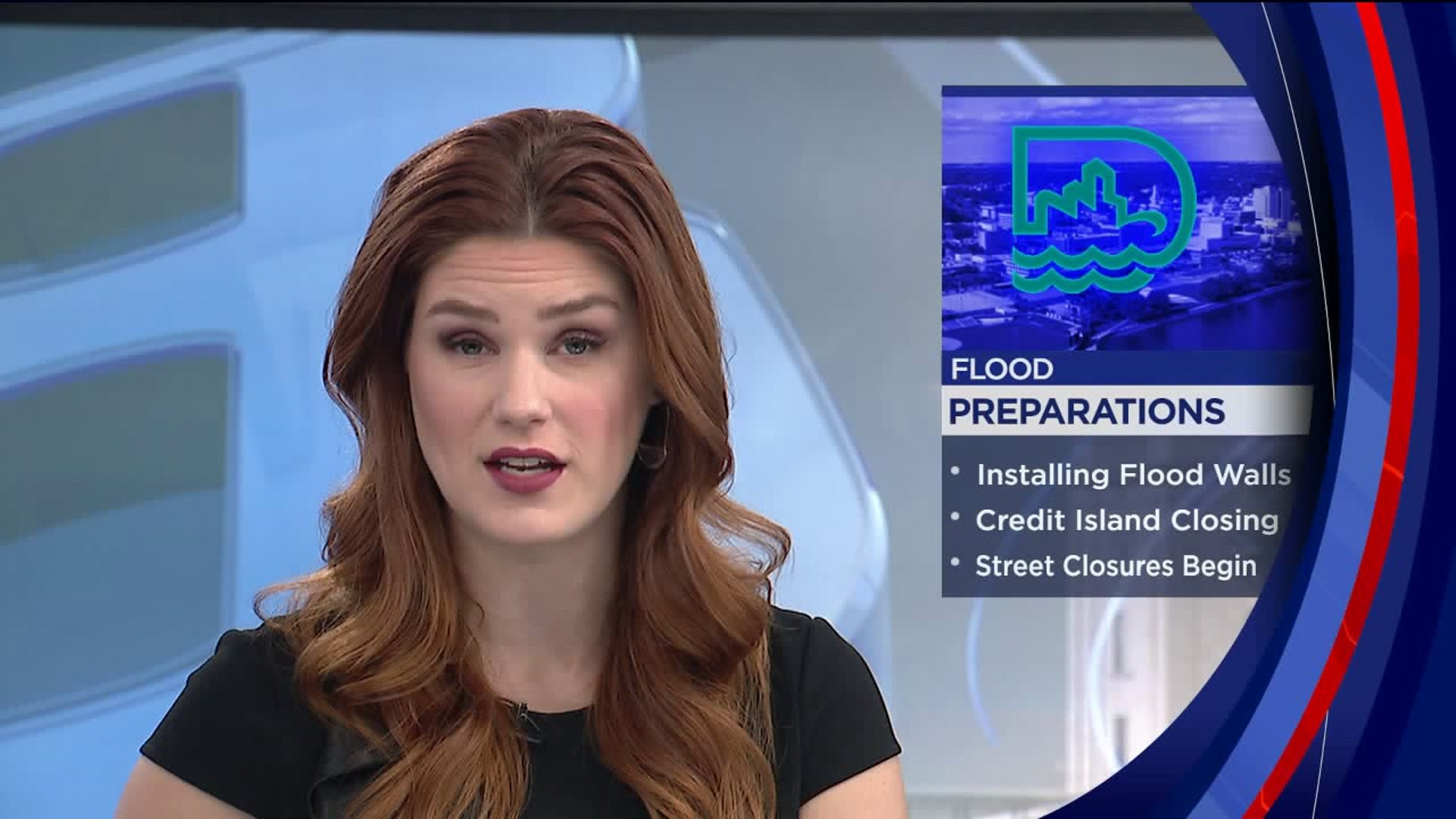 DAVENPORT, Iowa- The city has announced its plans to deal with the predicted flood crest of 17.3 feet on Saturday.

The city says a portion of the flood protection at Modern Woodmen Park will be installed on Thursday, October 3.

The River’s Edge, Freight House, and Modern Woodmen Park will remain open for business. Crews will continue to monitor river levels and will place appropriate flood measures according to the river level. Sandbags are available to those affected by predicted river levels. Call public works at 563.326.7923 or submit a request online at https://yourgov.cartegraph.com/ to receive information on the location where sandbags can be picked up. The next flood update will be Friday.

Following is a summary of flood-related activities by the City:

•Gaines Street will be closed south of River Drive on Thursday.

•Portions of Beiderbecke Drive and Marquette Street Landing may see water over the weekend.

•If the river reaches predicted levels, additional closures and lane reduction may be placed along River Drive.

•Credit Island and the recreational trail between Marquette and Credit Island will be closed to the public beginning Thursday.

• The riverfront walk will be closed between LeClaire Park and Marquette Street beginning Thursday.

• The dock at Marquette Street Landing will remain in place; however, it will become inaccessible sometime Friday, Oct. 4.

•Crews will install a portion of the flood wall at Modern Woodmen Park on Thursday.

• The Compost Facility is accessible by taking Rockingham Road/Highway 22 to Wapello Avenue to Railroad Avenue.

The city says do not drink floodwater or play, wade, walk, bike, or drive through floodwater. Floodwater can carry unseen hazards such as debris and bacteria.