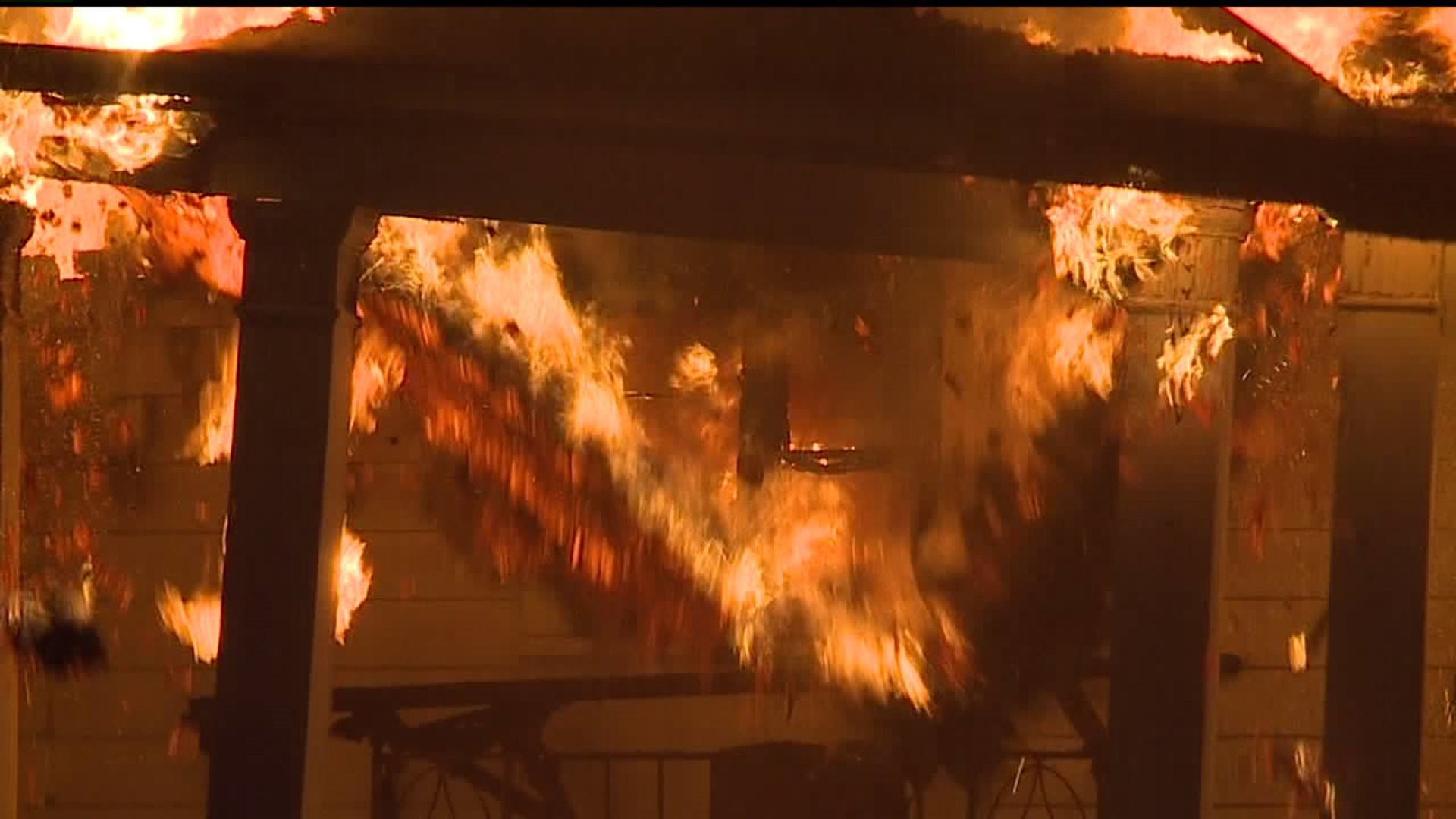 Crews were called to the fire in the 4100 block of Nobis Drive around 11 p.m.  The home is off Rockingham Road, west of Interstate 280.

Firefighters brought in multiple tankers and attacked the flames. They also pulled water from the home's swimming pool. At 11:55 p.m. Wednesday, the garage was the only part of the structure that was not fully engulfed. No one was inside the home at the time, so no one was hurt, but crews were able to get the pets outside.

Smoke could be seen from the I-280 Bridge.