DAVENPORT, Iowa — Some Davenport high schoolers are getting a hands-on education in the trades, building a new home from the foundation up. Under the guid... 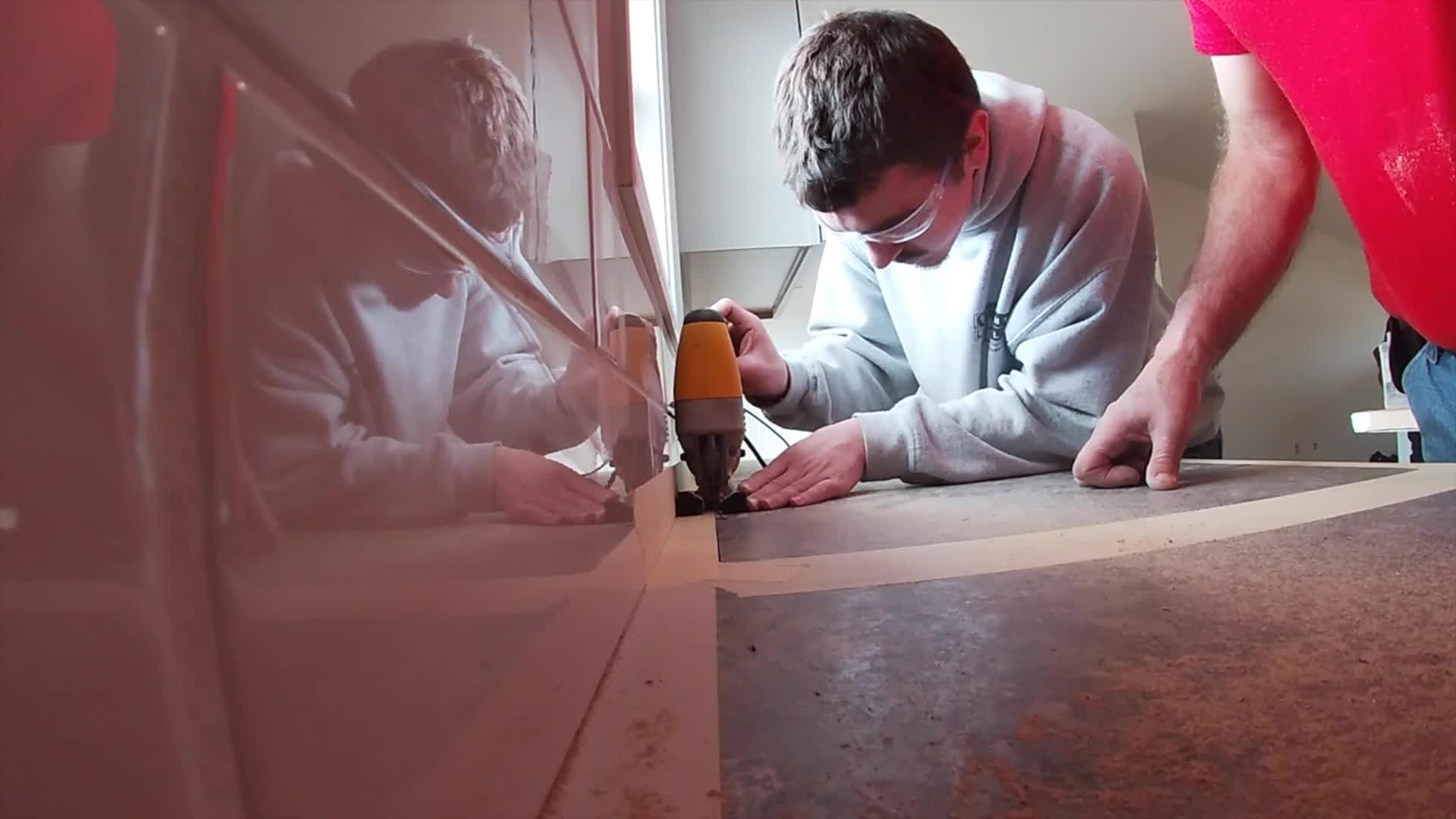 DAVENPORT, Iowa -- Some Davenport high schoolers are getting a hands-on education in the trades, building a new home from the foundation up. Under the guidance of an instructor with years of experience in construction, about a dozen teenagers are getting a feel for a promising career path.

"I love seeing the work we did," said senior Garcia Thomas. "I love coming here and seeing that we put this together," he said.

The high schoolers were seen Friday working out how to get a piece of wood counter top out for the kitchen sink without breaking it or ruining the finish. They were also sanding surfaces to paint and installing the handles on cabinets and drawers.

"This class and all the classes leading up to it really opened my eyes up and gave me a really good opportunity to actually do this for a living," said Jordan Gravert, who is also a senior. He said he was 50-50 about whether he would pursue a career in the trades or go to college after he graduates this year.

At a job site in East Moline, union carpenter Collin Medley said he got his start building houses in high school, too.

"They're actually across the street from each other in Geneseo," he said. "I'll show my kids someday, 'hey I built those houses in high school,'" he said.

Medley became a homeowner himself a few weeks shy of his 23rd birthday. He said it was a fixer-upper -- but his skills as a carpenter would come in handy.

The Davenport high schoolers said they were starting to recognize the potential for a career in the trades, and the satisfaction of a job well done.