Davenport First Responders Honored For Going Above and Beyond

They’re Davenport’s finest and are now being recognized for going above and beyond in the community. 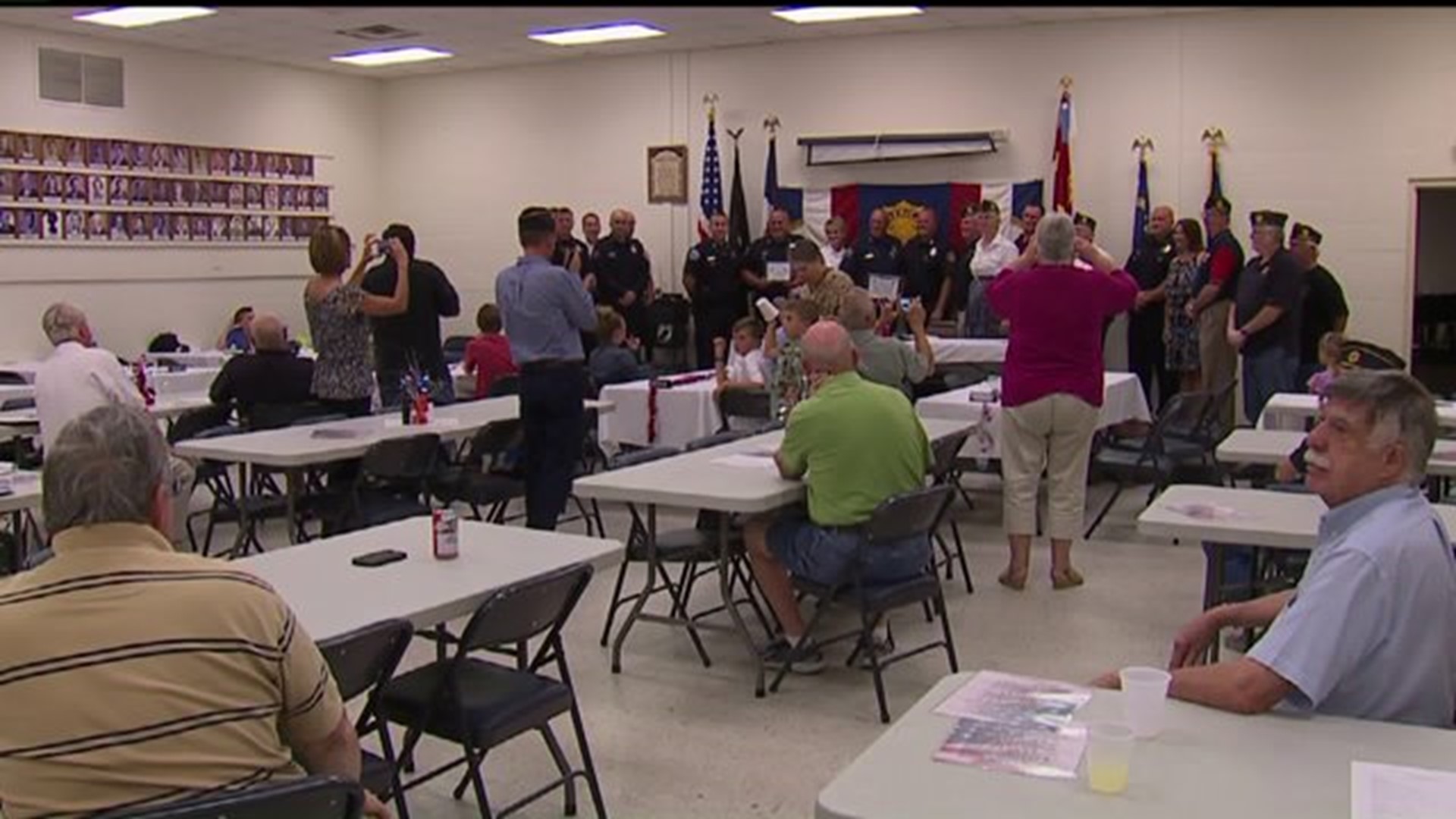 DAVENPORT, Iowa - They're Davenport’s finest and are now being recognized for going above and beyond in the community.

Celebrations filled the room at the American Legion Post 26 in Davenport as local veterans honor those who protect our community.

One of those honored, was davenport Sargent Eric Gruenhagen. He was nominated for building positive relationships between officers and the community.

“I’m thrilled! I'm surprised and shocked. I didn't do anything by myself because I have a very smart, talented and fabulous team. I don't think I'm anything special,” says Gurenhagen.

“Eric has used his time and talents outside of his regular schedule on multiple times to go above and beyond for us as a department,” says Brown.

Others also know for going above and beyond are Davenport fire fighters from station 5. Their efforts were highlighted for saving a man from the Mississippi River back in March.

“That crew worked seamlessly and everyone knew their role and they came together with professionalism in order to complete that mission,” says Davenport Fire Chief, Lyn Washburn.

Davenport Fire fighter Shane Meyer says he's honored for the recognition but doesn't protect the community for an award.

“We just try to provide service to the community and try and make a difference in someone's life but it feels nice to be recognized for some of the things we do,” says Meyer.