There are five female firefighters on staff at the Davenport Fire Department. 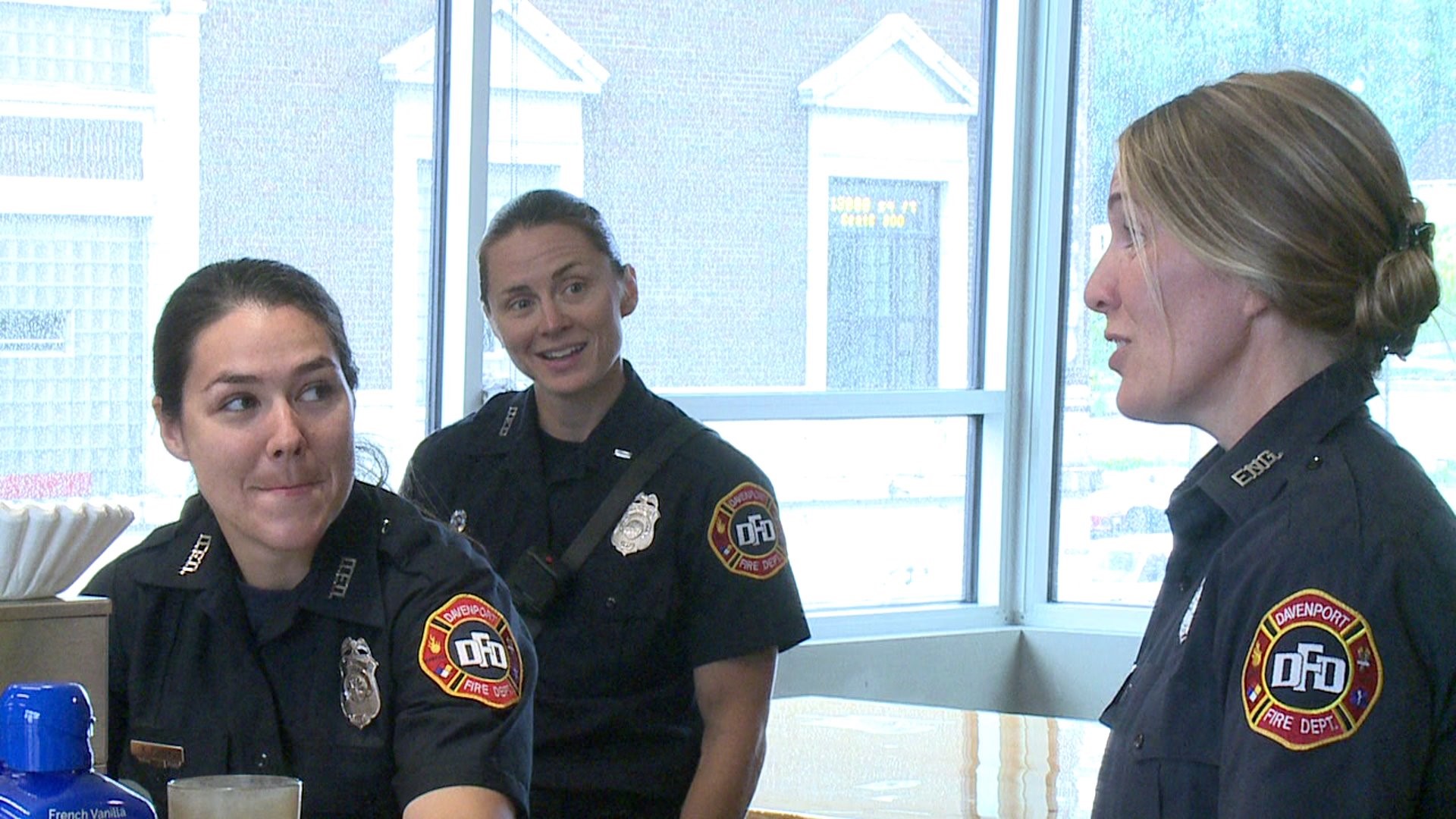 "It's history for this department," Lieutenant Amy Priest with the department said. This is the first time all five women worked the same shift at the same station.

"We had the chief walk through and say "never in my career did I think I would see five females and be outnumbered by females down here." Lieutenant Priest said. "It was pretty cool to see."

Lieutenant Priest said the shift went on like any normal shift would. They played cards, made dinner, and responded to calls.

"It's a job I love to do," Lieutenant Priest said. " It's something I don't like to be looked different upon. I'm just a firefighter like anybody else."

Three out of five of the women are used to working the same shift at Central Station, but this rarity happened through random shift changes and by chance.

"It was a great opportunity and a chance to just have some fun," Lieutenant Priest said.

According to Lieutenant Priest, only about  4% of firefighters are women.