Local high schools have been competing to raise the most food and money during the 6-week drive, which ends November 9. 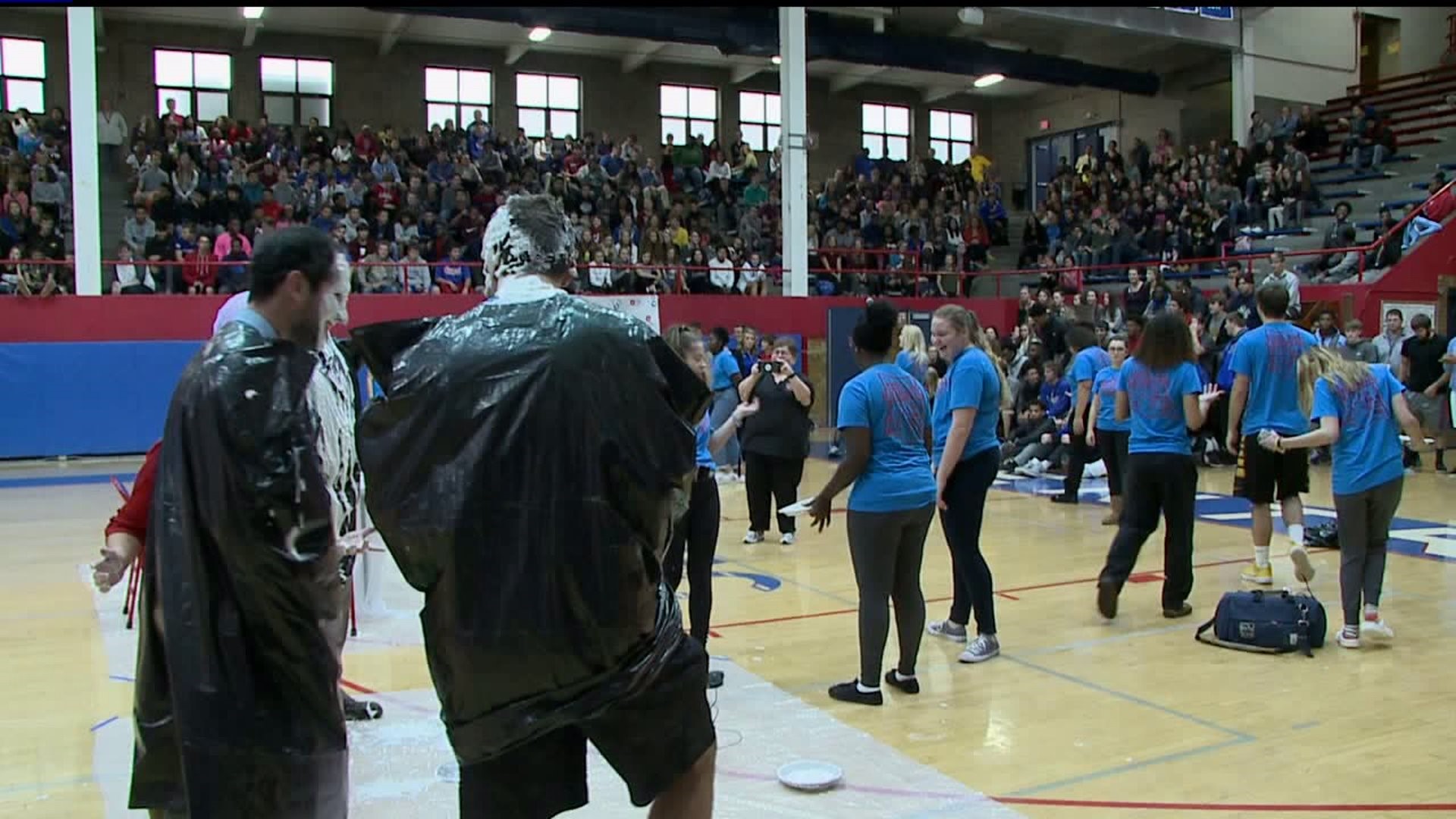 DAVENPORT, Iowa -- Davenport Central students had quite the incentive this year to raise money for their student hunger drive.

The entire school gathered in the gym today to see their teachers get a pie in the face, thanks to students' efforts to raise money and food.

Central High School Senior Connor Bedell  said the class worked together to come up with an idea that would bring the school together. "We wanted to raise awareness for hunger but we didn't know a way to get the whole school involved," said Bedell. "We tried to brainstorm as a class what we could do and what we could put in it to make it eye-catching and appealing."

But not all pies, donated by Village Inn, made it in the face of a teacher.

Bedell's physics teachers paid to throw a pie in the senior's face. "The worst part is when it got in my hair and it's still in my hair," said Bedell. "But the best part would probably be just seeing the smiles on everybody's face in the audience and knowing that it was a community-building moment to help everybody."

"Our kids have been working very hard for this event and for the hunger drive in general," said Flynn. "Very, very proud of their efforts and what they've done here today."

Local high schools across the Quad Cities and surrounding areas have been competing to raise the most food and money during the 6-week drive, which ends November 9.

Central students will have another opportunity to raise money by paying for a strip of tape to tape a staff member to the wall tomorrow.