Davenport businesses buzzing to have Bix, business back in downtown

DAVENPORT, Iowa — On Saturday, downtown Davenport will host its first major event since the record-breaking flood. After being closed for nearly 70 days, ... 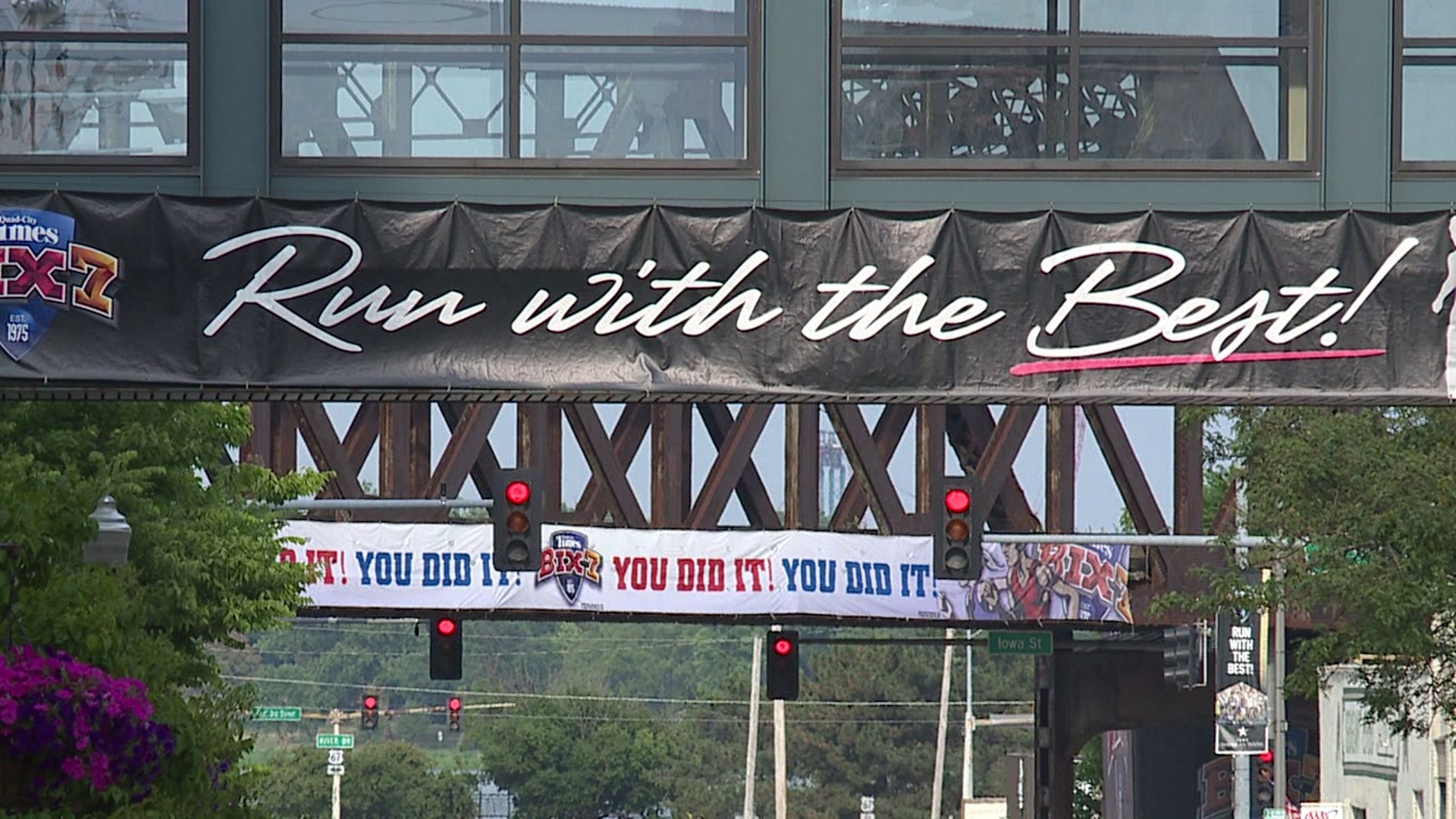 DAVENPORT, Iowa -- On Saturday, downtown Davenport will host its first major event since the record-breaking flood.

After being closed for nearly 70 days, Dam View manager Molly Smith is finally able to celebrate.

"We ended up re-opening the second of this month," Smith said. She said the bar was flooded with nearly two and a half feet of water.

"Basically we got wiped out, everyone had to rebuild," Smith said. "Those of us that are lucky enough to be back open again, yeah, were trying to pull in all the customers we can. And having this huge event downtown is a really big thing. It's a blessing."

That blessing? A Bix blessing. The 45th Annual race just days away - bringing runners from across the country. Like Bix veteran Charlynn O'Hare who flew in from Santa Rosa Beach, Florida. She said she was not sure she would be able to run in her 10th race.

"I've heard that there's tremendous flooding, and things were shutting down," O'Hare said. "I wasn't sure that there was even going to be a race. So after contacting my friends they're like 'it's on!' so I'm super excited that I'm here and running."

Marti Waldeck, Bix runner and Galesburg resident, said those who come from out-of-town probably will not notice a change, meanwhile everyone who is knows the downtown is simply happy to be back.

"It's nice because everybody can come back to the area," said Waldeck. "There will be a lot of people back just for the Bix and be able to walk downtown and do all the things they used to do."

"We're lucky that we got open as quick as we did because the Bix ends right (outside Dam View)," Smith said. "If we weren't able to be open for it, we would lose all of that traffic."

Meanwhile, Molly and other businesses are just glad to see the finish line.

"We made it. It's over. The finish line is right there," Smith said. "And Bix, yeah, is the huge celebration of it coming to an end. And it coming to a head... being able to bring all the people downtown where we need them to be."

Downtown Davenport will also host a Street Fest Friday and Saturday beginning at 11:30 a.m. For a full list of activities, click here.