Police were called to Mary’s on 2nd, just west of the Centennial Bridge, around 2:20 Friday morning, after a car crashed into the building. 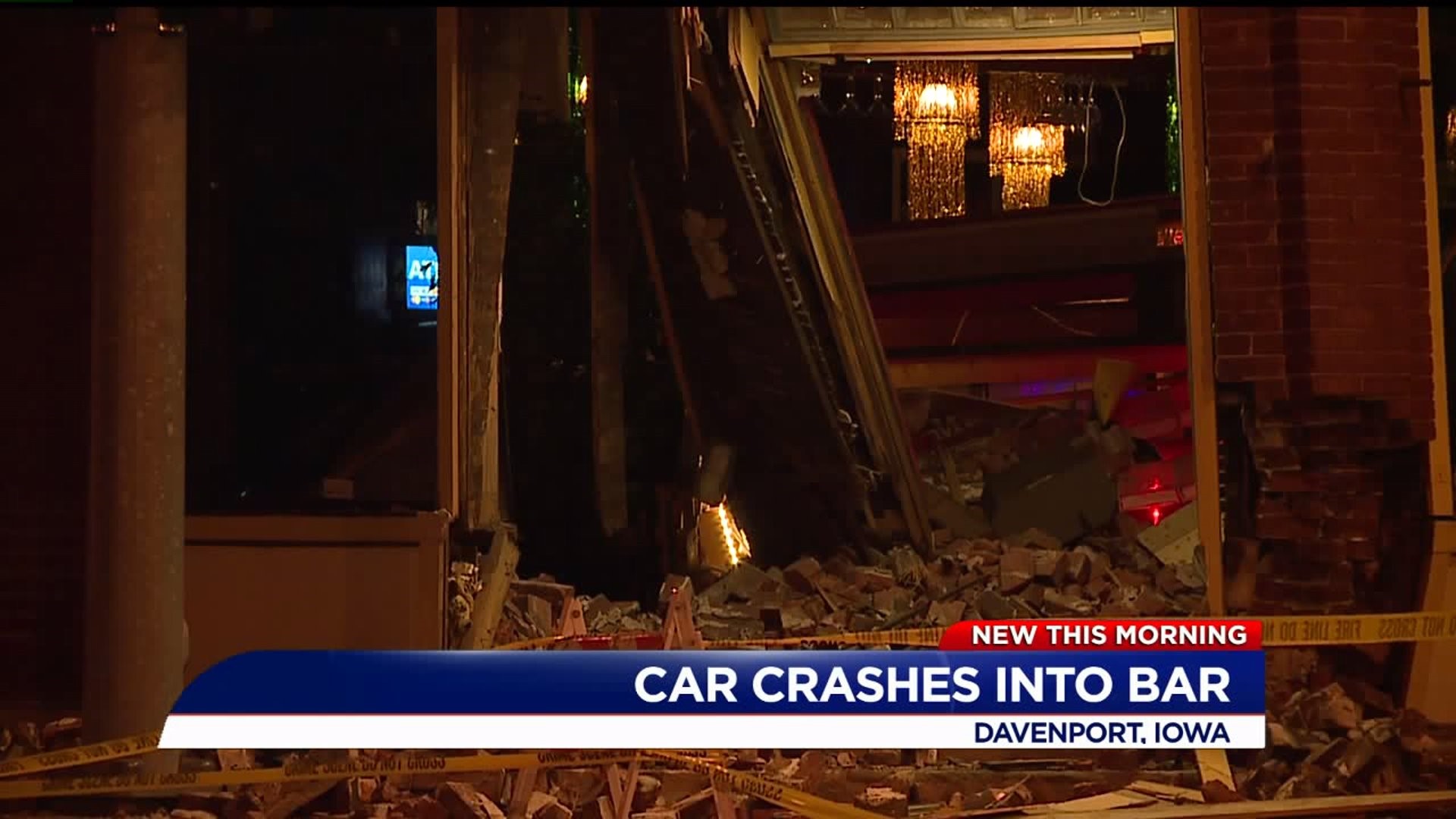 Police say the driver fled the scene and they are still looking for the person.

There was extensive damage to the building, located just west of the Centennial Bridge.

The car, a white Ford SUV that was reported stolen from Durant on March 30, was also badly damaged and had to be towed from the scene.

No one was hurt during the incident.

Both Davenport and Durant police departments are conducting a joint investigation.

This is a developing story. We will continue to update it as more information becomes available.