“Yes, it does save lives,” said Dan McCracken, 67, on access to health insurance. “It saved mine.” 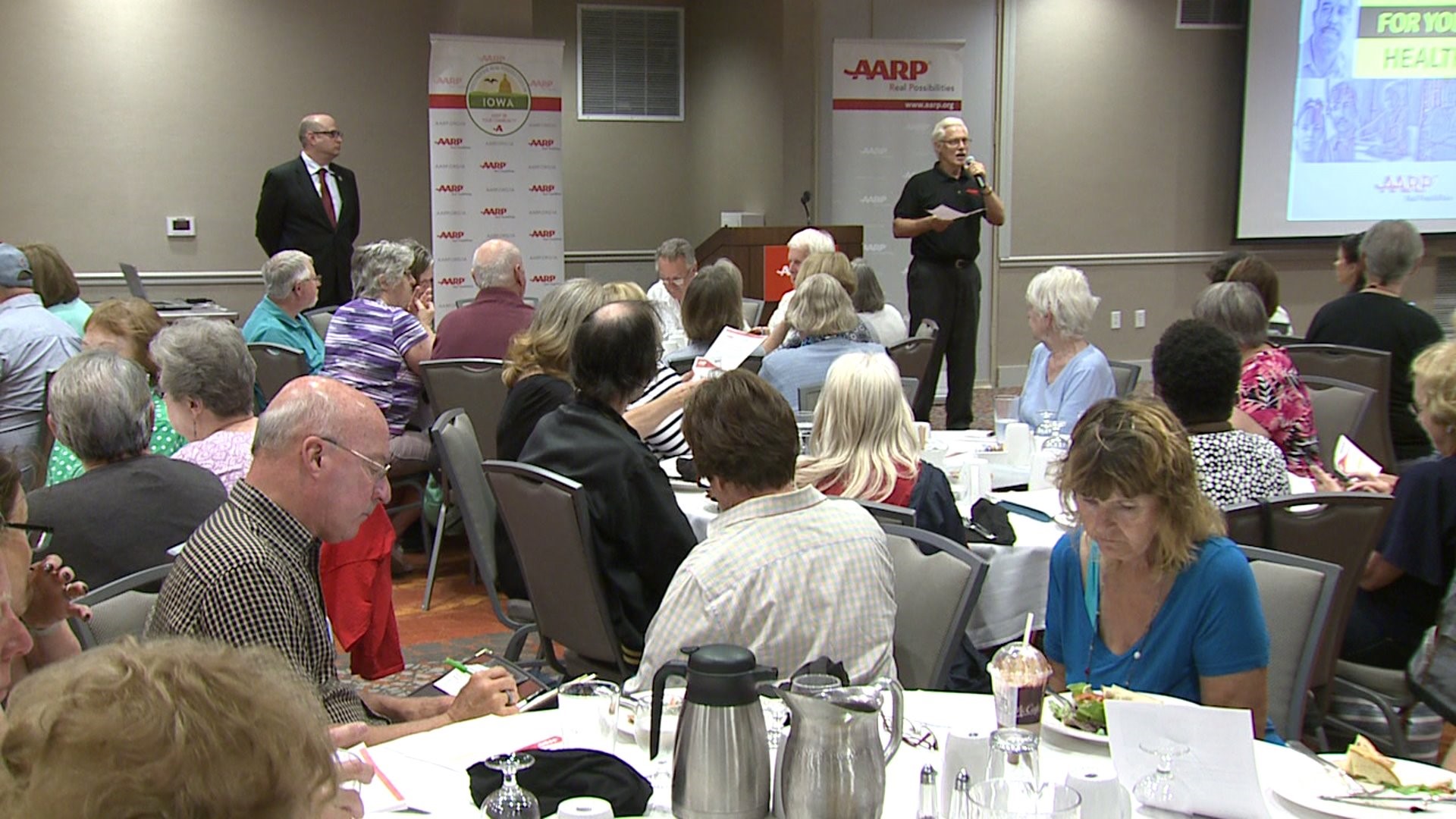 At this AARP listening session in Davenport, there are concerns over stalled reforms to Obamacare that could harm millions like McCracken.

"When I had my liver transplant, they told me, had I not got the liver at the time I did, I would have been dead in two weeks," he continued.

McCracken isn't alone with his concern.  Some 200 seniors pack the presentation at the Davenport Holiday Inn.

AARP's Anthony Carroll tells them that Republican reforms will force them to pay more for less coverage.

"Getting it right is so important," Carroll said.  "This bill not only does not get it right, it moves us in the wrong direction."

The non-profit warns of skyrocketing premiums for patients between the ages of 50-64.  Plus, drastic cuts to Medicaid and Medicare that also threatens children.

Like most in the room, retiree Joyce McDonald worries about premiums that are projected to jump up to five times under the Senate version.

"If you'll be able to get insurance for preexisting conditions, and what impact it's going to have on the younger generation," she said.

McCracken sends a clear message that affordable health insurance can save lives.

"Without it, I would have been dead," he said.  "I wouldn't have seen my son grow up to graduate from high school.  So yeah, it does matter."

AARP is encouraging participants to send a message to lawmakers to scrap the Senate bill and start over.

"If they believe this bill is so good, let them exchange their health care for our health care," McCracken said.

For Dan McCracken, the country needs a plan that helps, not hurts, each other.

"This country needs to help each other," he concluded.  "That's what got us where we are today."