A Georgia police officer inadvertently took part in a car chase outside of his car. 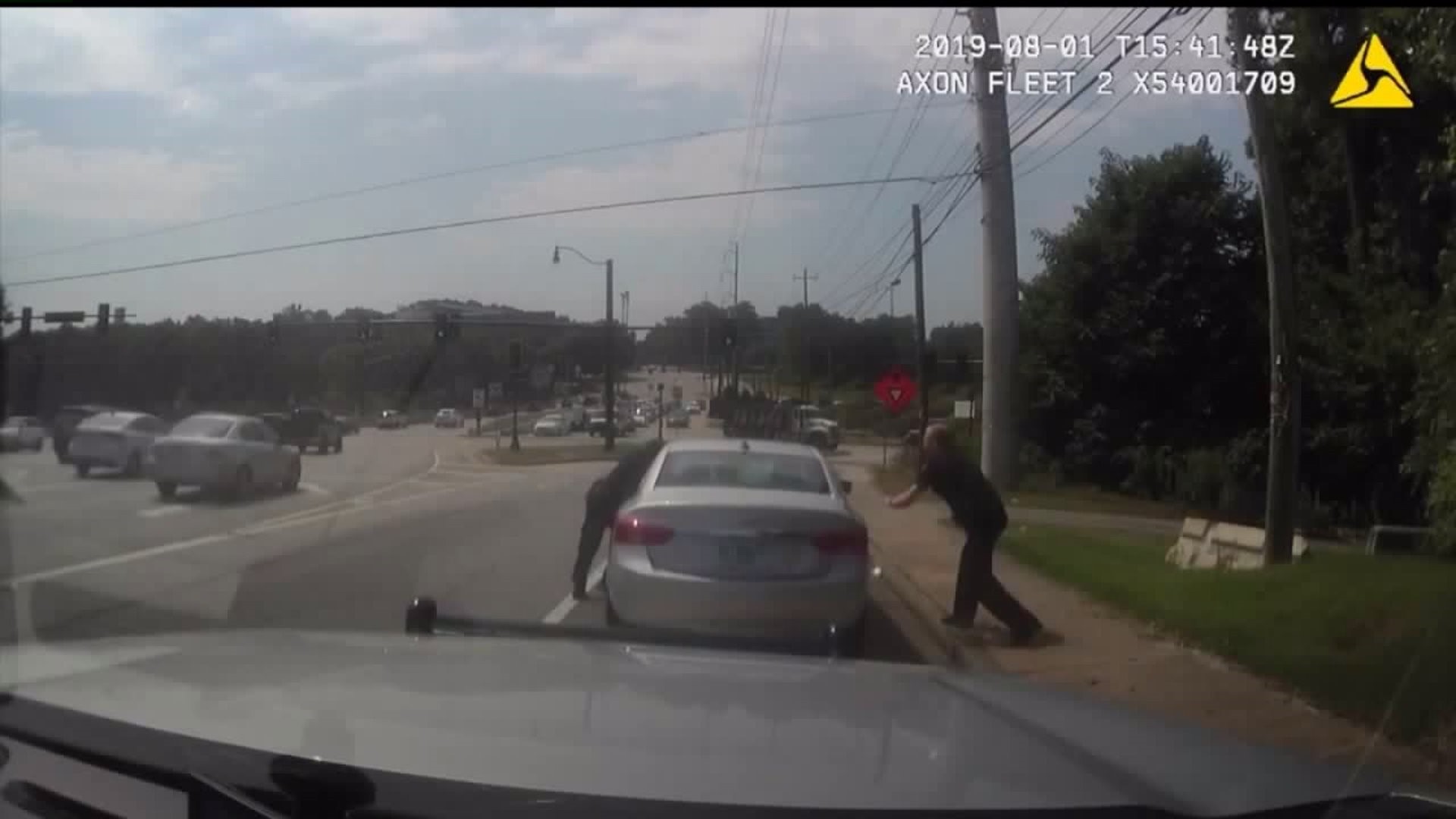 DUNWOODY, Ga. -- Dashcam video shows an officer in the Atlanta area being dragged onto a major interstate during a traffic stop and then thrown into traffic.

As Officer Nathan Daley was speaking to the driver, the car took off; Daley held on.

A second officer got back in the patrol car and followed.

Daley was eventually thrown from the car and onto the interstate.

Police said the driver continued on, hitting other cars before he pulled over and ran off. He was chased down and arrested.

The driver faces a series of charges, including aggravated assault on a police officer and trafficking ecstasy.

Daley was treated for injuries at the hospital and is now recovering at home.