Cinnamon Ridge Dairy Farm feeds their cows coffee creamer to give them energy, which produces their quality milk. 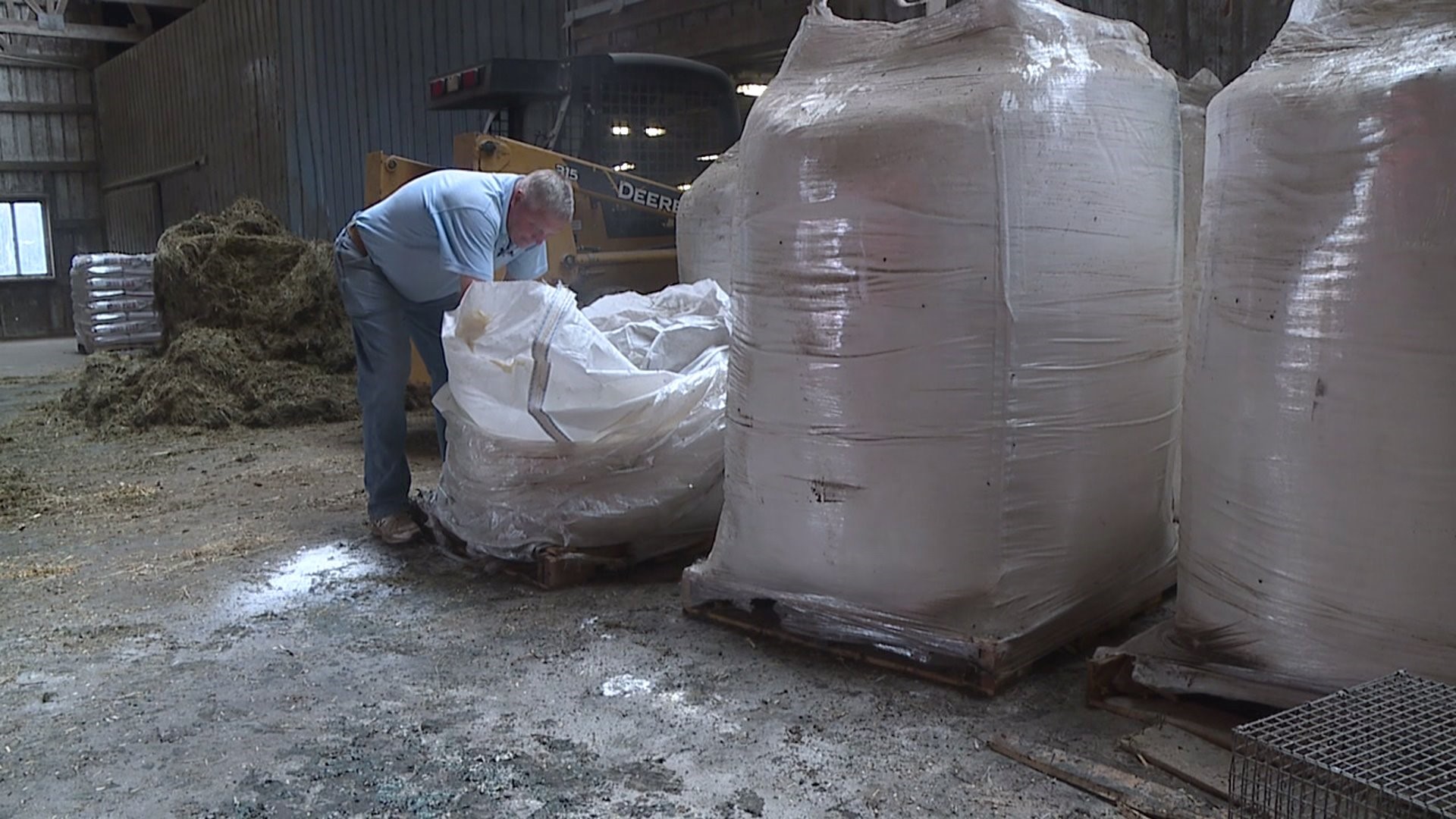 DONAHUE, Iowa – Cinnamon Ridge Dairy Farm is ranked number two in the country for milk production and it may be because their cows are fed a different ingredient.

It might sound utterly weird, but the dairy cows at Cinnamon Ridge run on coffee creamer.

“This is an oddball ingredient,” says John Maxwell, farmer and owner of Cinnamon Ridge. “It does sound a little cannibalistic, but that’s not true at all.”

He says it’s the sugar in the creamer that helps his cows produce some of the best milk in the nation.

“This is energy in my hand, energy that produces milk” Maxwell explains. “Sugar and all those carbohydrates produce milk.”

The creamer is mixed with other cow favorites like hay, so – like humans – they eat all their fruits and veggies.

“What is it called in human terms? This is “MyPlate” all put together,” Maxwell comments.

The farm has bags on bags of coffee creamer that are helping their environment.

“I always thought food waste was to clean up your plate like your mother taught you to, but that’s not true,” Maxwell says.

Maxwell and his crew can cut down on the landfill waste by taking in 2,000 lbs. of creamer that would otherwise be thrown away.

½ lb. of coffee creamer is fed to each cow every day, which adds up to 4 lbs. of milk per cow daily.

Before feeding the cows creamer they used to feed them chocolate cake mix, but found more benefits from the coffee creamer because of the higher sugar levels.

Cinnamon Ridge Dairy will be having “Lunch on the Farm” on Saturday, June 22nd from 11AM-2PM.  It’s an event for kids to learn more about agriculture while eating cheese curds and grilled cheese made from the dairy cows at Cinnamon Ridge.