A Galesburg man was arrested in connection with taking photos of women and kids at a local swimming pool, after one of their dads confronted him on videotape. &... 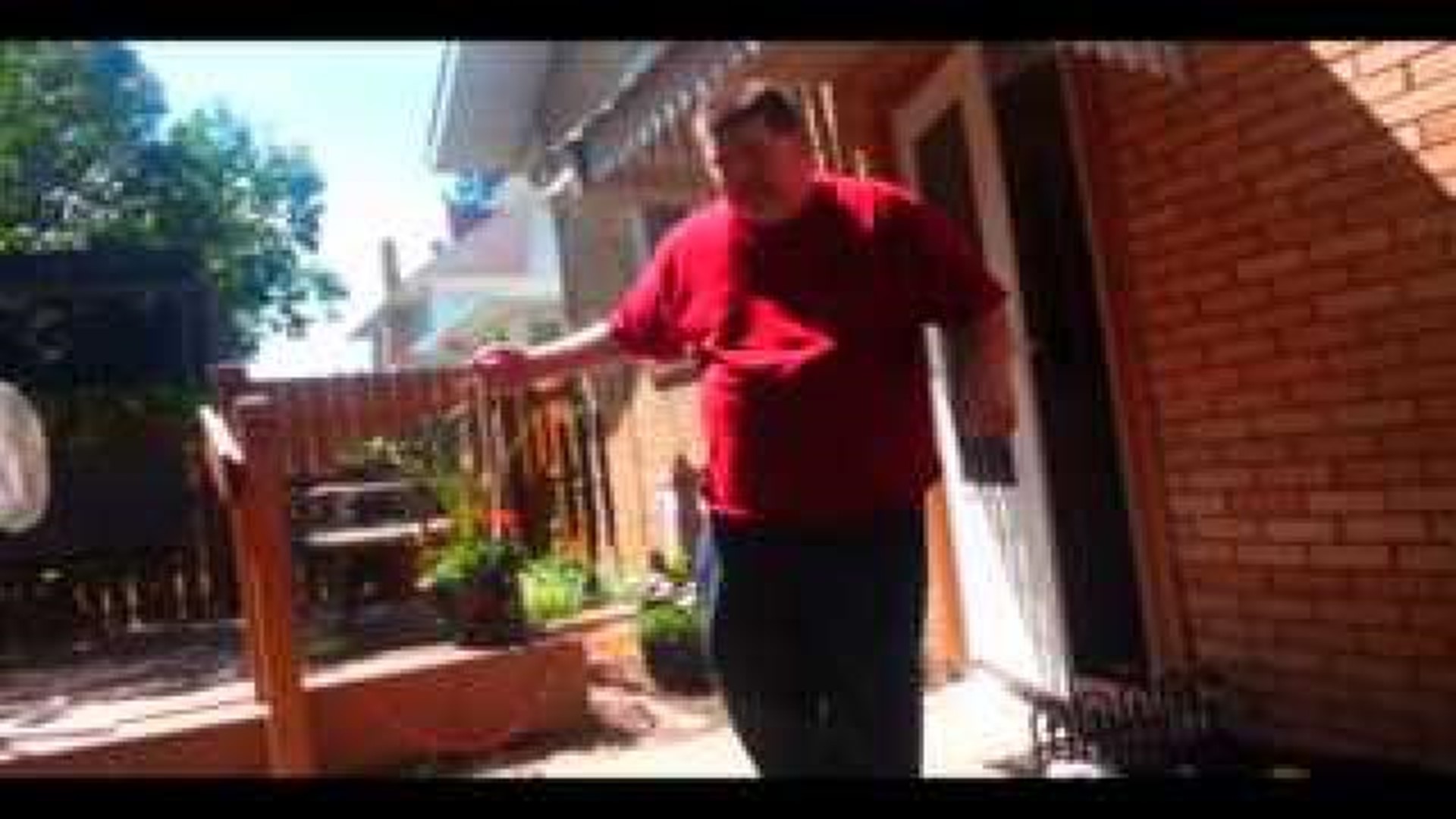 A Galesburg man was arrested in connection with taking photos of women and kids at a local swimming pool, after one of their dads confronted him on videotape.

"I seen an older man, and he was sitting in his car taking photographs. I noticed he had put the camera on my kids," said Jordan Allen, of Galesburg.

"I sat back and watched him take pictures of other women and other kids. At that point I approached him," he said.

The man, now identified as 57-year-old Kerry Cox of Galesburg, Illinois, took off in his car. But Allen posted his description and a partial license plate number on Facebook,  and found out who he was almost immediately.

Allen went to Cox's  house and demanded that the images of his girlfriend and two young children be deleted.

"I was so angry. When I saw the actual pictures and everybody's kids on there, it just blows my mind," Allen said.

Cox is also heard on the video questioning if Allen is a "churchgoer" and overly moral.

Police arrested Cox for disorderly conduct, a misdemeanor; not for taking the pictures, but for alarming parents in a public place.

"It's legal to take the pictures, but it's not legal to alarm individuals attending that public place," said Lt. Tom LaFollette, with the Galesburg Police Department.

Police say, if there's no proof the photos are for anything other than personal use, no law has been broken. But, they also say Cox  was reported for similar reasons a few years ago.

"There's some other cases, this person was a suspect in '06 and '07.  Same thing, taking pictures; but, again, the cases weren't proved up that he was using them for any type of exploitation," said Lt. LaFollette.

Allen says it may not be "illegal" but it's "wrong."

"He was trying to be sneaky. I mean, why would he have pictures of kids? I think if I wouldn't have gone to his house, he wouldn't be arrested."

Cox was out of jail, but could not be reached for comment.