The early morning fire forced the closure of Blackhawk Road for much of Monday morning. 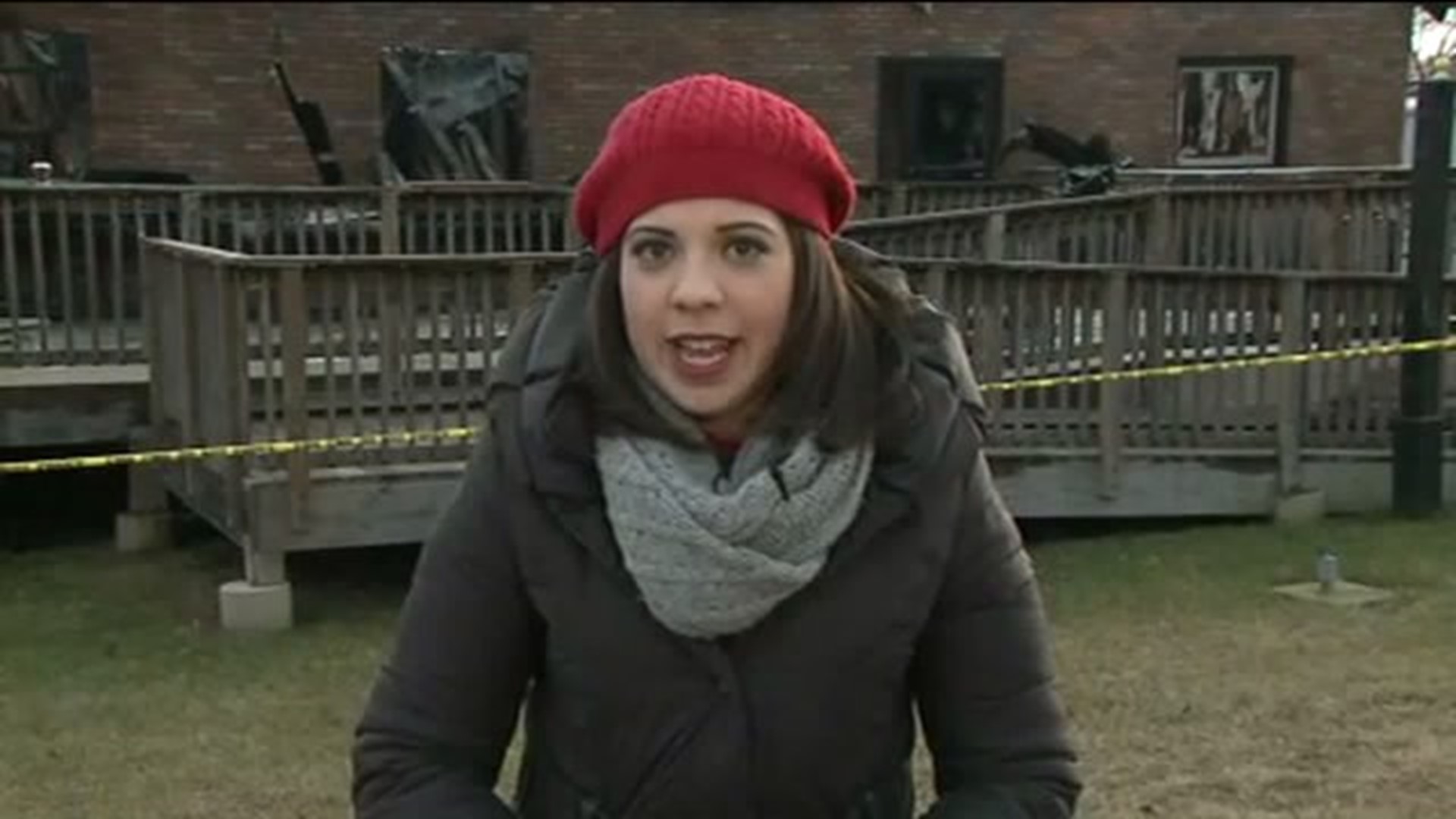 ROCK ISLAND -- Engulfed in flames and a sea of smoke, Paul Holmquist watched as crews worked to put out the fire at Jake O's Grille.

"The building was already fully engulfed, bigger flames had already left by then and the roof had caved in," said Holmquist.

The building collapsed before his eyes.

"That was our neighborhood restaurant, we're the last ones that still cut steaks, made homemade dressings, desserts from scratch, there's not very many of those places left," said Holmquist.

The Rock Island Fire Department were on the scene battling the cold and flames.

"The roof did all collapse in and we've been shooting water at it from there," said Battalion Chief Doug DuBree, Rock Island Fire Department.

The Battalion Chief said they're not exactly sure where the fire started.

"We think it started possibly down in the kitchen area," said DuBree.

Judy Duesman, who is a regular customer, went to see the damage and talked about her time there.

"It's a big stop on Saturday night after church and they're very accommodating, very nice to us, their food is wonderful," said Duesman.

Both friends and customers were thinking of the owners and hoping they'll be able to see the neighborhood grill open again soon.

"I want to send out my deepest condolences and sorrow to them and all the employees," said Holmquist.