The Cubs World Series trophy is coming to eastern Illinois and making a stop for some local fans. 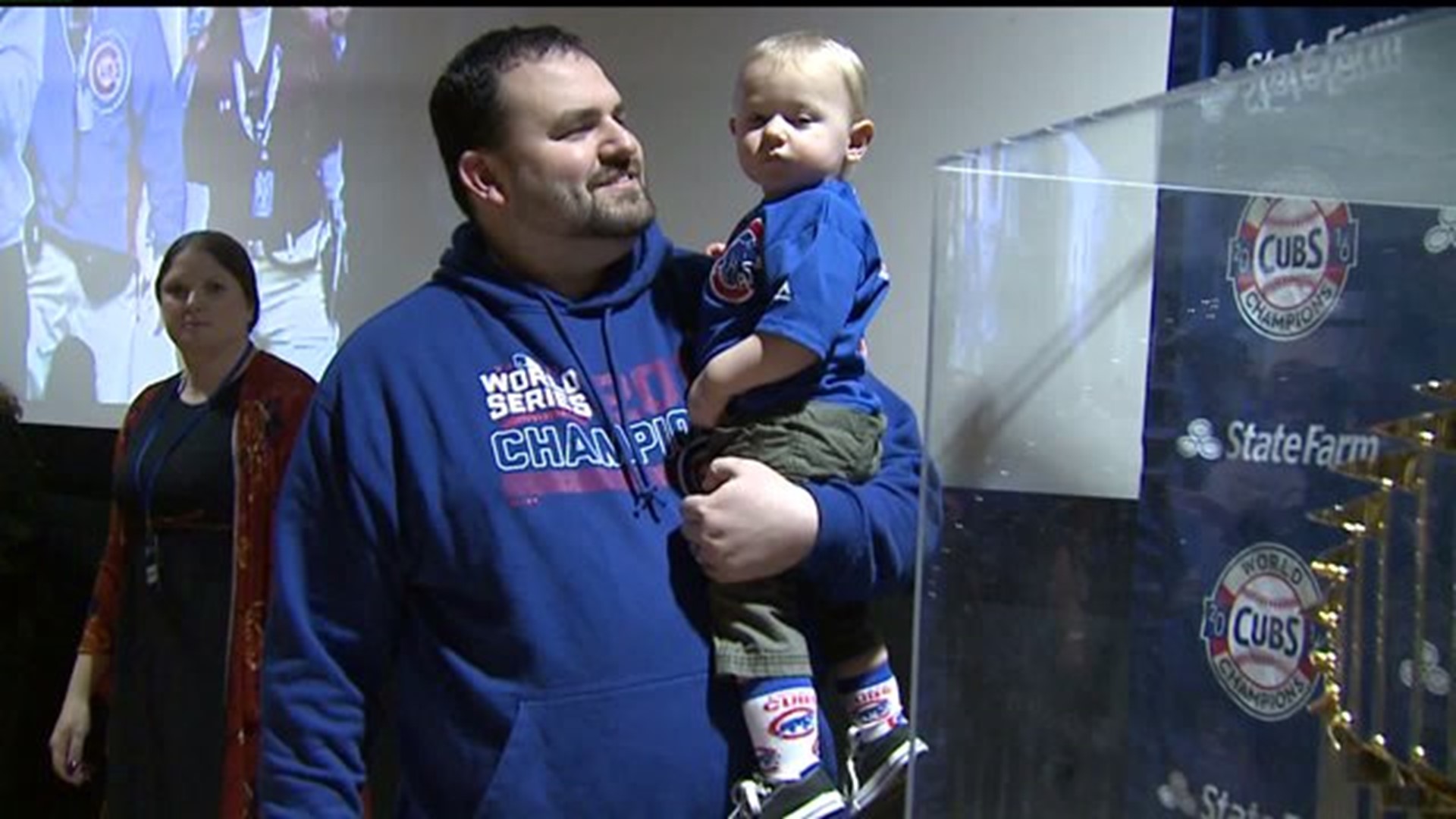 STERLING, Illinois -- The Cubs World Series trophy is coming to eastern Illinois and making a stop for some local fans.

At the end of January 2017, the trophy made its way to Davenport and was displayed at River Music Experience. Hundreds of Cubs fans waited in line to see the trophy in-person and take photos with it.

Seeing the trophy is first-come, first-serve, according to a statement from the Cubs trophy tour.  The first 500 fans will get a wristband, which guarantees a look at the trophy. Anyone who arrives after that will only get to see the trophy as time allows.

"We're excited to share our cherished trophy with fans this offseason, as we celebrate such a historic World Series Championship," said Cubs Chairman Tom Ricketts. "We can't wait for our fans to experience the joy of seeing this piece of history in person."