A military convoy travelling more than 3,200 miles across the country stopped in Clinton on August 22, 2019. 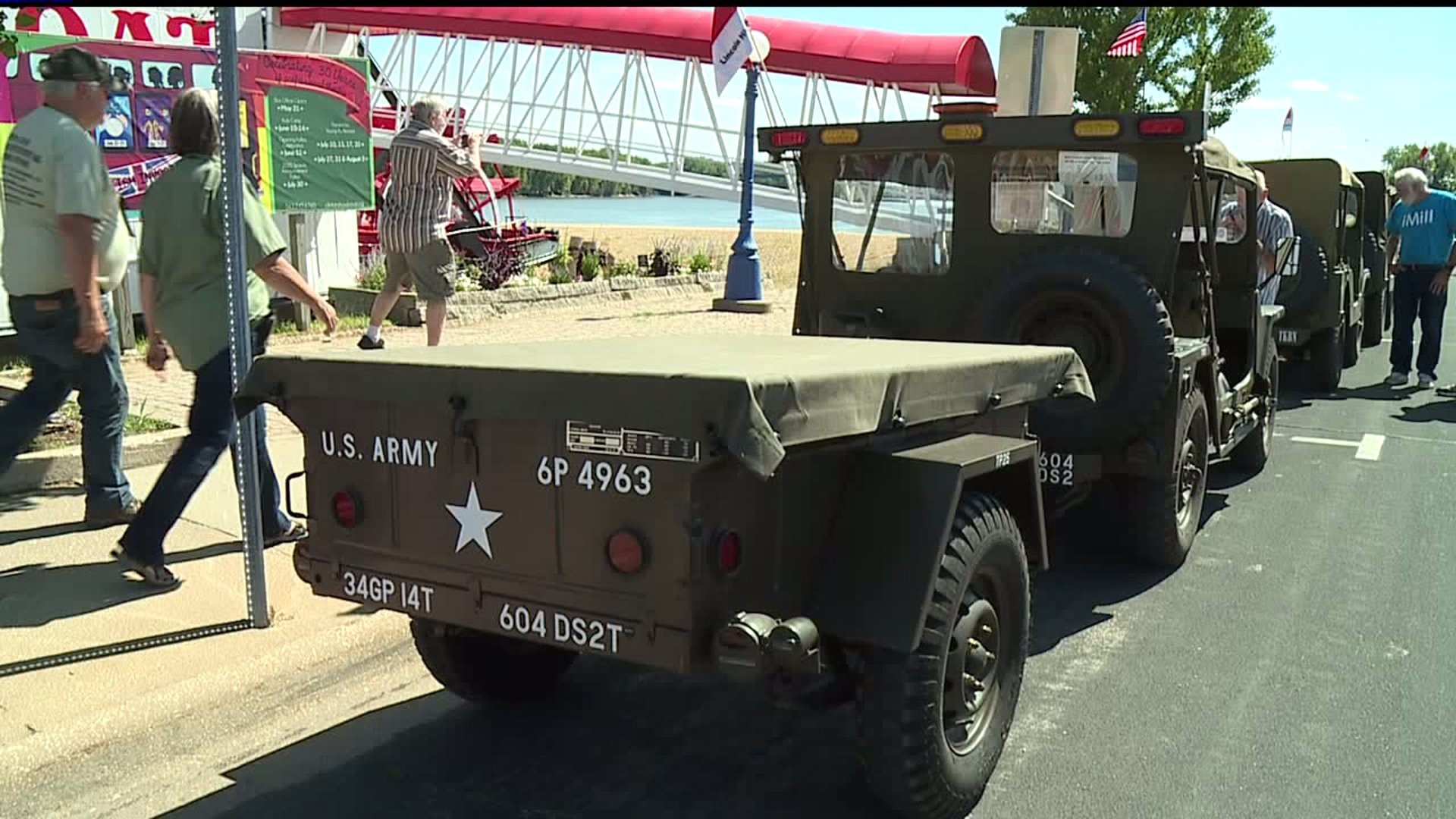 CLINTON, Iowa -- A military convoy travelling more than 3,200 miles across the country stopped in Clinton on August 22, 2019.

The trip is part of the Military Vehicle Preservation Association's 100th anniversary convoy. More than 50 military vehicles are taking the trip, retracing the steps of the original 1919 U.S. Army's Transcontinental Motor Convoy route.

The original convoy was testing out the new Highway 30. Now, the MVPA is cruising along the also-called Lincoln Highway at about 30 miles per hour.

"The chance to follow a convoy cross country the way they did, even though we have a better route, it was something I always wanted to do, (like) a connection to the past," says Kevin Emdee, a convoy driver.

The convoy is stopping in dozens of cities across the country, so the public can learn more about military vehicles. The drivers also like to connect with veterans in town, as many of them are also veterans.

They're currently about 700 miles into their trip. They plan to wrap up in San Francisco in September.