Credit Island Park has gotten a 16th-century makeover for the weekend. 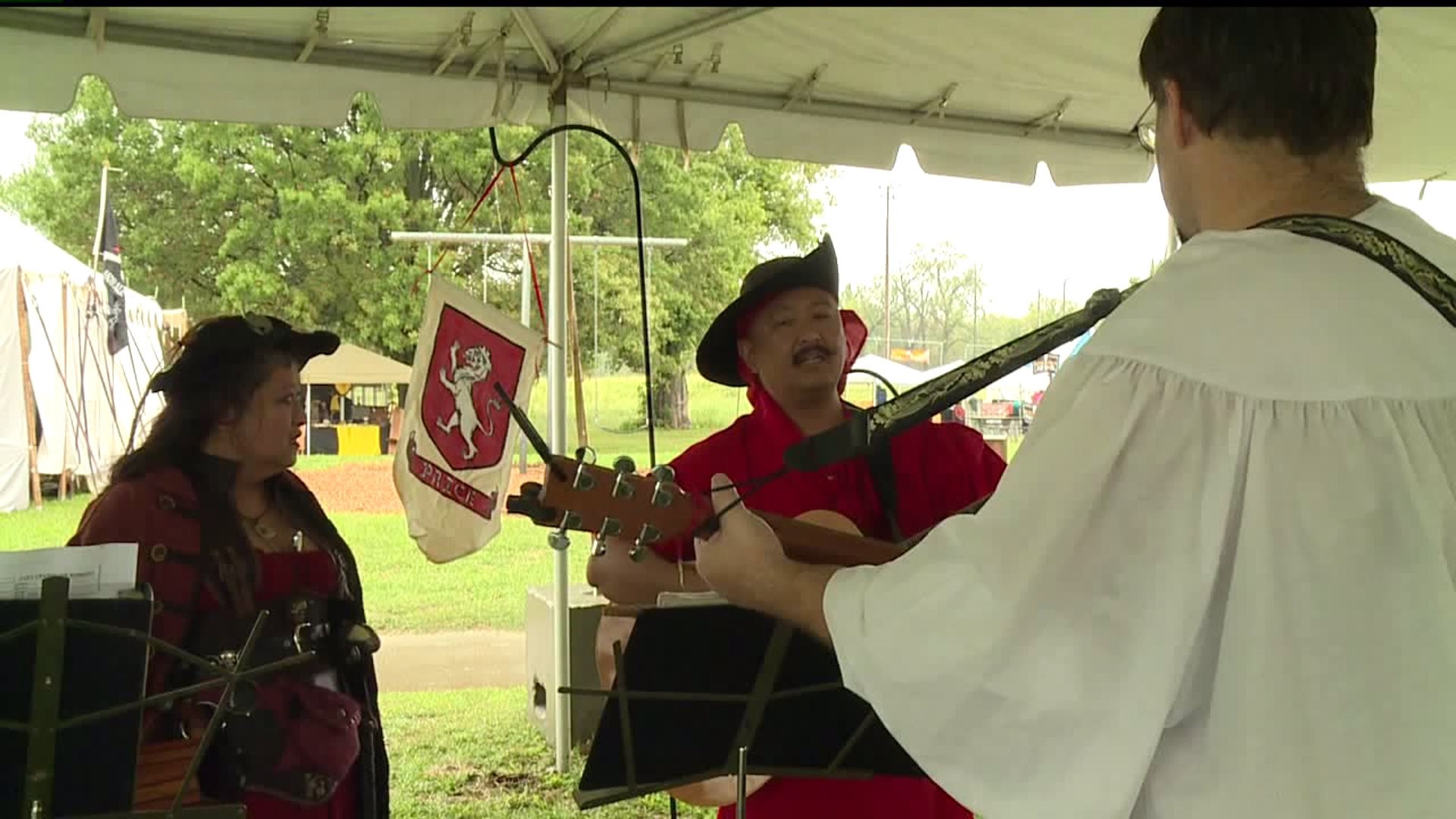 Credit Island Park has gotten a 16th-century makeover for the weekend.

The Great Quad City Renaissance Faire, running from 10 a.m. to 6 p.m. on September 21st and 22nd,  facilitates the gathering of medieval enthusiasts and onlookers on Credit Island. Through the eye of the festivals transformation, attendees range from a king's court to merchants to strolling commoners.

Organizers say that the Faire will continue through Sunday, rain or shine, with Festival Director Adam Williams expressing his interest in keeping the gathering alive, saying, "...Just a way to get away and be somebody else and come live the fantasy. It`s always a lot of fun, you get to see a lot of the same people, one of the great things, I`m starting to see some of the kids that I remember from back in the day now bringing their kids to fairs"