Couple to run QC marathon together after running all seven continents 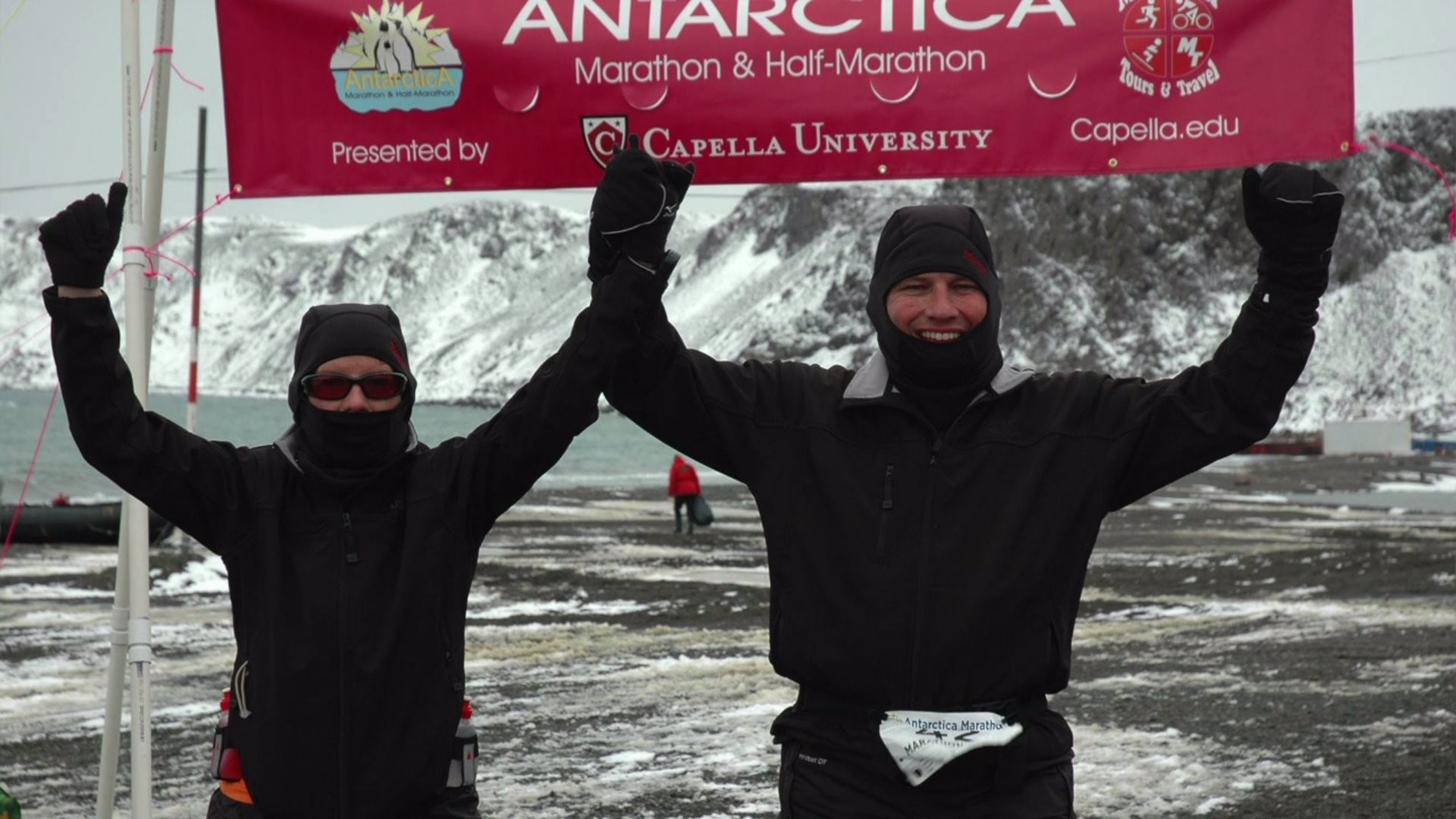 MOLINE, Illinois – They say it all started with a glass of wine.

Cynthia and David Hanna both work for Microsoft, and after looking at a screen all day they decided they needed to focus on other things.

“Everyone always sees us together, and that’s because we love being with each other and just love doing things together,” says Cynthia

This led them to sign up for the Quad Cities Marathon where they spoke at the expo.

“With the world today and the 24/7 technology world everyone is looking at their phones, so we really wanted to focus on our marriage and focus on goals that are common together,” explains Cynthia.

That led to one crazy idea.

“After several glasses of wine, we signed and committed to doing the seven continents together (including Antarctica),” remembers Cynthia.

But they weren’t just going to travel to the seven continents.  They decided to run a marathon on all seven.

“The funny thing about Antarctica is of course near the shore it’s above freezing, but then we also had to run up Collin’s Glacier and back down twice, which is 19 degrees below zero,” says David.

And they aren’t kidding when they say they run together.

“26.2 miles together and crossing the finish line together,” clarifies Cynthia.

“One thing we noticed when we were looking at pictures at the end of it, is we were holding hands,” remembers David.

Some might wonder how this is even possible, but the Hanna’s keep a strong mentality.  They work together, train together, run together, and they never get sick of each other.

Ten years ago, they ran the Quad Cities Marathon and are returning to run it once again since it is Cynthia’s hometown.

All thanks to the glass of wine, these two will run across the finish line right here in the Quad Cities.