Couple forces dog to drag weights during his walk: is it animal cruelty?

ST. LOUIS, Missouri– If a dog owner forces his pup to drag weights during his walk, is that animal cruelty? That’s the question a St. Louis woman is... 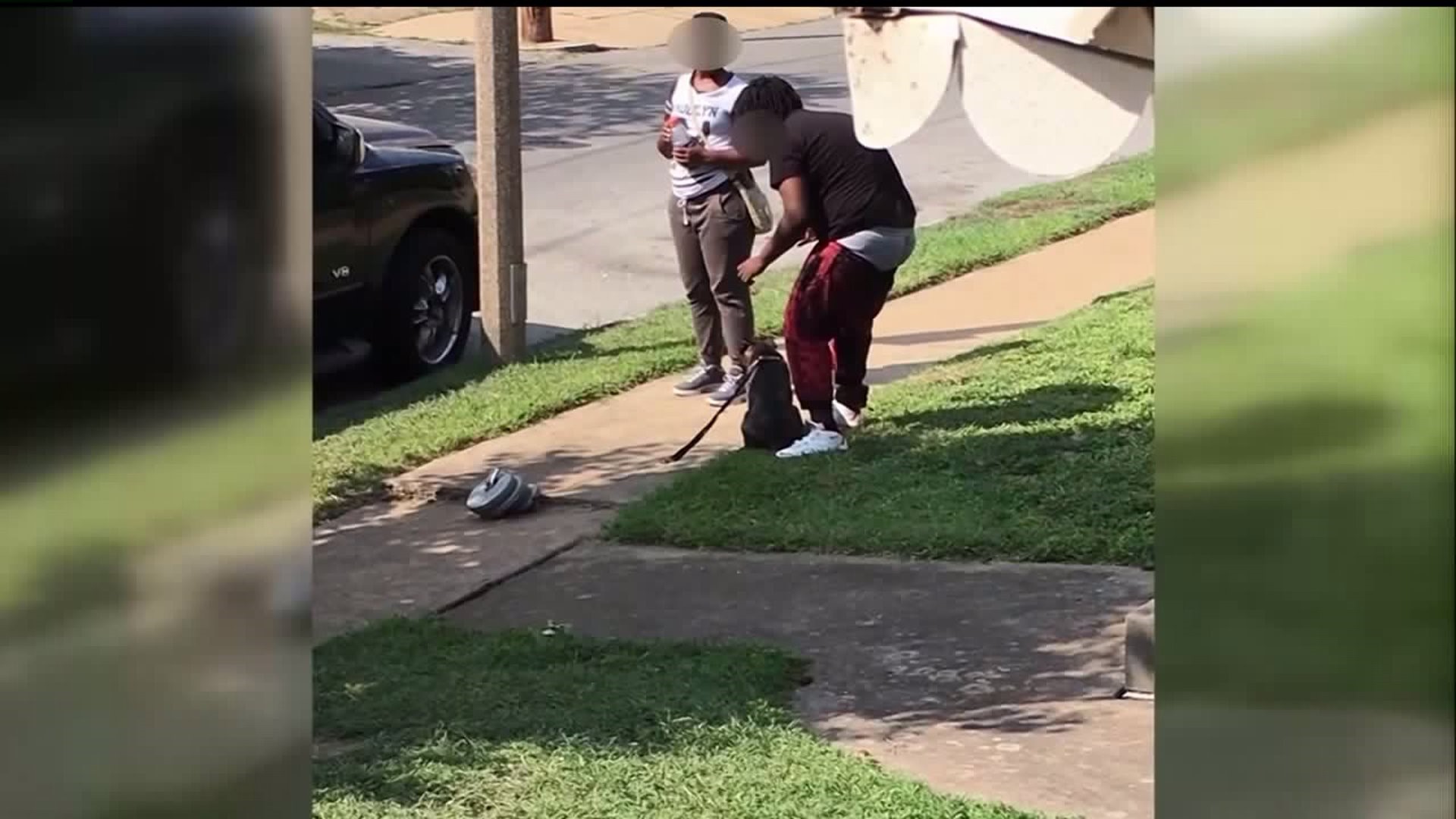 ST. LOUIS, Missouri-- If a dog owner forces his pup to drag weights during his walk, is that animal cruelty?

That's the question a St. Louis woman is asking, after snapping a picture of dog owners doing just that.

"I just cried and cried," says Kathy Venegoni. "My stomach felt like a put was in it."

Venegoni is visibly shaken as she describes what she saw.

"He's just a puppy," she explains. "It's the worst thing I've ever seen. I've seen cruelty before, but this was absolutely horrifying."

Venegoni was outside her house, when she saw a small dog, out for a walk, dragging weights on his feet.

She snapped a picture, and she's now trying to get the message out there that she does not approve of this treatment of animals.

Venegoni described the puppy as pulling "about 25 pounds worth of weights."

She also observed the dog getting the weights stuck along the uneven sidewalk.

"He kept trying to pull and pull and they wouldn't help him get past that large crack," she remembers.

Venegoni is so upset by what she witnessed, that she confronted the two people walking the dog, telling them to stop.

"They said to me, 'We are training animals. This is how we train animals.'"

Missouri law agrees with the owners. The state's animal protection law allows "the training of dogs or use of equipment in training dogs."

The Humane Society of Missouri says, unless the dog is severely underweight or injured, they cannot prevent what Venegoni captured on camera.

But for Venegoni, this isn't over. She wants to track down the people responsible and give their names to police.

"I have every intention of knocking on every door because I know they live here, they live in this neighborhood."

Police says what the dog owners did was not illegal. But if the weights cause the dog to be in distress, animal cruelty charges could be filed.