“We’re risking lawsuits. I absolutely agree with the Sheriff. We need to fix this,” Ross said. 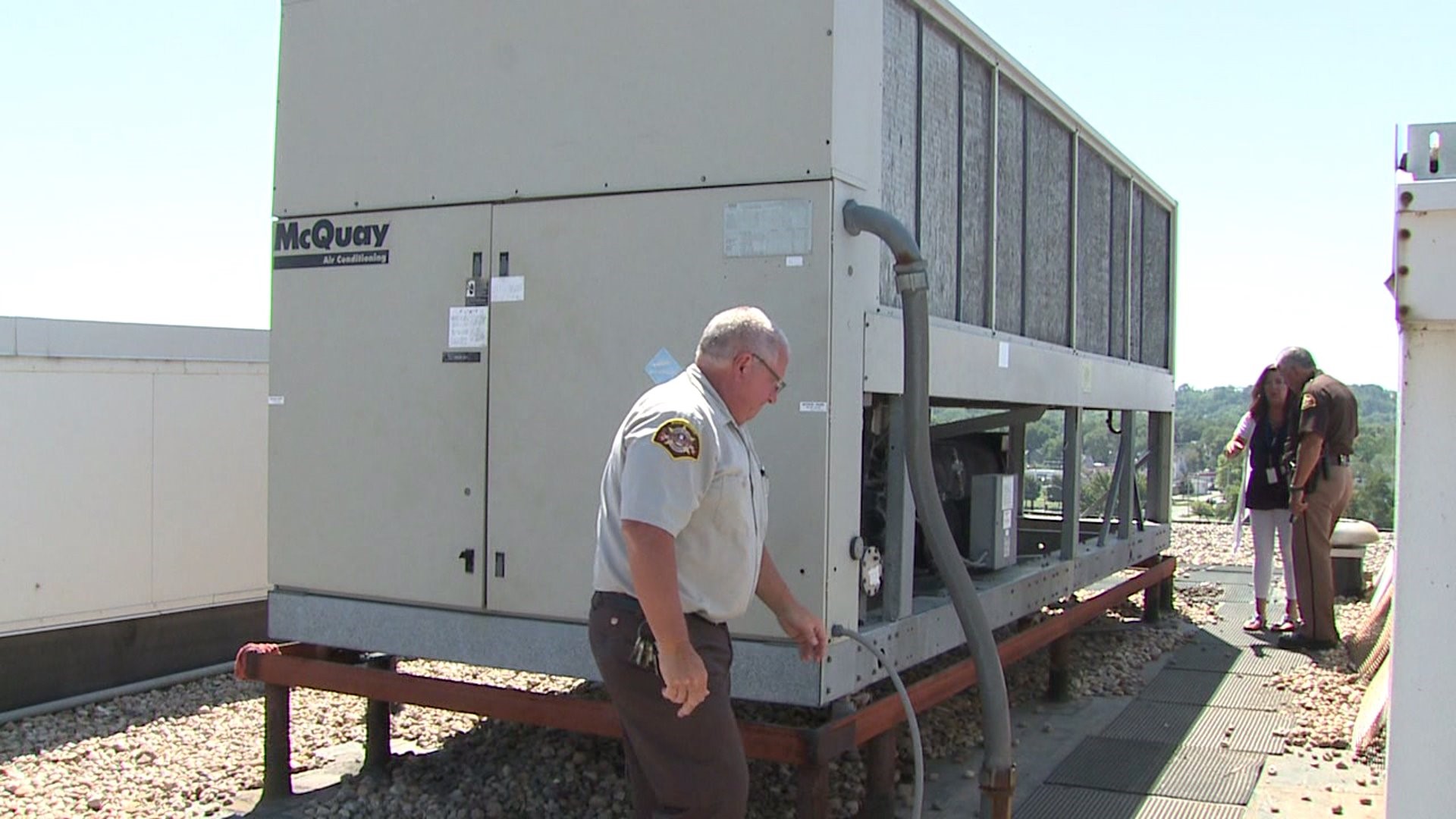 ROCK ISLAND - - Rock Island County is scrambling to find money to fix the air conditioning inside the County jail and Justice Center, money the county administrator says is not in the budget.

"When you're out of money, you're out of money. We've cut millions out of the budget, we have nothing left and unfortunately, that includes reserves that are designed to cover things when they break," said County Administrator Dave Ross.

The air conditioning unit that cools the jail and the Justice Center offices and courtrooms is running at just 25 percent of full capacity. That's after days of repair work. The maintenance staff struggling and juggling to keep the inmates and employees in the jail from overheating.

"What we did over the Fourth of July weekend is we diverted all the cool air from the building into the jail to keep them cool," said Sheriff Gerry Bustos.

Bustos says he has received bids to replace the unit, and it could cost close to $200,000.

"We're risking lawsuits. I absolutely agree with the Sheriff. We need to fix this," Ross said.

Ross says the county's buildings have long been neglected, and more major break-downs are only a matter of time.

"Had that sales tax passed last year, this would have already been fixed," he said.