CornCon hopes to grow the next crop of hackers

The Cybersecurity industry is looking at millions of jobs in the next few years and local cybersecurity professionals looking to fill the gap and keep talent an... 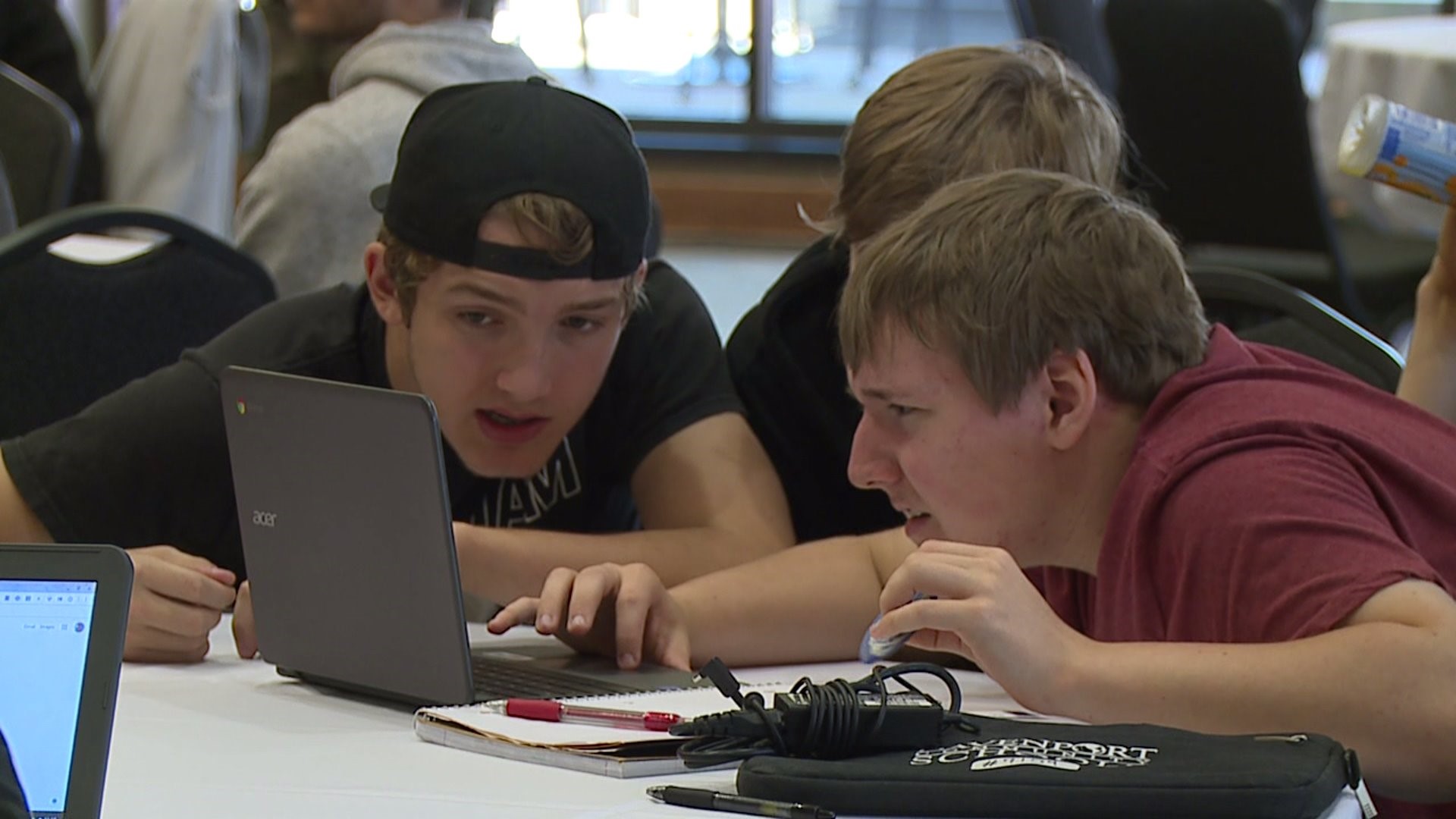 DAVENPORT, Iowa -- The Cybersecurity industry is looking at millions of job openings in the next few years. Quad Cities cybersecurity professionals hope to fill the gap and keep talent and jobs close to home.

Organizers with CornCon on Thursday convened nearly a hundred high school students from across the Quad Cities at St. Ambrose University for a full-day exercise in cybersecurity.

"They come and compete in a "Capture the Flag" event, which is a scenario-based exercise where we introduce kids to cybersecurity. You don’t have to be a programmer, no coding language [needed], anyone can really come in here," explained Shadrack Roberts, cybersecurity and privacy official for Rock Island Arsenal's Army Sustainment Command and a co-founder and co-chair of CornCon.

"It’s like game-based, you go through and try to defend. There may be some attacking as well," he said.

CornCon, the three-day cybersecurity conference styles itself after hacking conferences like the annual DEF CON in Las Vegas.

Roberts said hacking is often perceived as nefarious, but the goal at the event here was "to hack and serve."

"We focus on ethical hacking," he said, coding and hacking activities aimed at helping companies and organizations improve their security.

The goal was to get teens to consider a career in cybersecurity.  While the focus today was on students, Roberts said the need for professionals in cybersecurity means that this was not just career for the next generation of graduates, nor just for coders.
"The reality is, only about 15 to 20 percent of the people that I work with are programmers. You don’t have to be that person," he said. "We need people that are smart, that are psychology based, and social engineering based. There are just a lot of roles in cybersecurity."
People, like 16-year-old Max Broussalian, a junior at Pleasant Valley.
"I’ve lived all over, I’ve lived in France, in Switzerland," he recounted. "Moving from school to school is really difficult for me,  so a commonality is the internet. I play videogames. It’s a platform I can share with every place I have been."
This was his fourth year attending CornCon.
"This is great: The Army, the private companies are looking for employees right out of high school," he said, though he added that he hopes to go to college first. "I really want do cryptology."
The outlook for people like him are good, said Roberts.
"There is at least a million shortcoming, and I would say, as a professional, it may be closer to five million jobs in this field," Roberts estimated the number of job openings in the cybersecurity field in the next few years.
Organizers hope events like CornCon help to create an ecosystem of employers and institutions working to attract new talent or keep those like Max Broussalian in the Quad Cities.
"Silicorn Valley instead of Silicon Valley," Roberts called this vision.
"There are needs for some of these kids already, the problem is, they are 17. But in a year, right, rather than have them go off somewhere else, we want to  keep them here if we can and expand our local economy."
CornCon culminates on Saturday with a full-day of activities for adults and kids.