Associations around the country are celebrating “Construction Week” to bring attention to labor shortages in the construction workforce. Companies a... 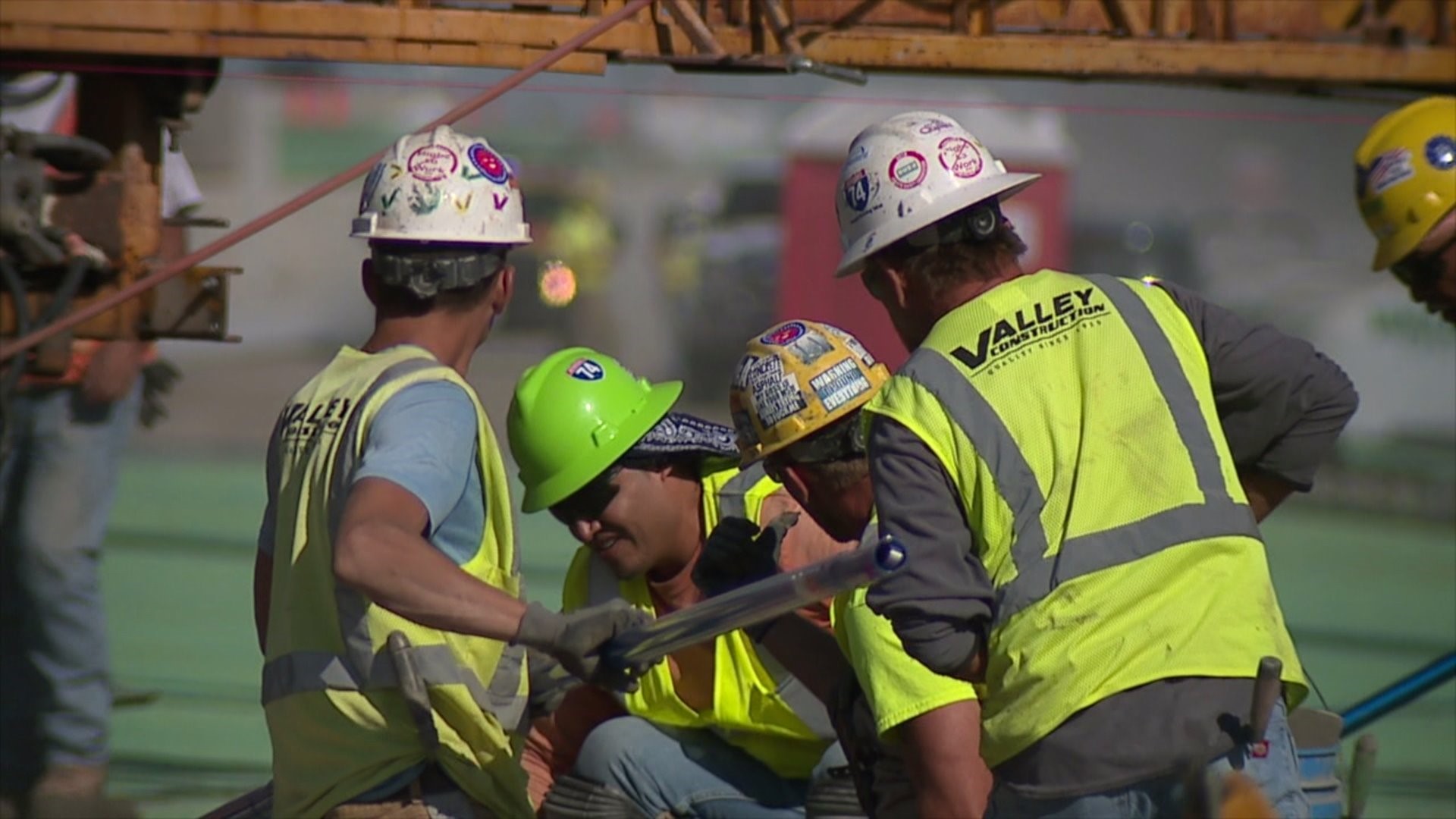 MOLINE, Illinois -- Associations around the country are celebrating "Construction Week" to bring attention to labor shortages in the construction workforce. Companies are promoting high-paying jobs with strong benefits in construction and the skilled trades to help bridge the skills gap.

Finishers, laborers, big machine operators and truck drivers could be seen working together in tight coordination laying a concrete bridge deck on the I-74 corridor project Wednesday. That's on top of the iron workers and carpenters who framed and reinforced the concrete, as well as the electricians who wired the lights and other electrical components.

"On this project we have upwards of 450 people a day working," said George Ryan, who is the I-74 Corridor Manger.

But it's getting harder for contractors to fill all those jobs -- there just aren't enough young people getting into construction.

"And then when you can't man the job, then the schedules start to fall on a job site," said Bush Construction project superintendent Rick Engler. On Wednesday, he was overseeing eight union bricklayers putting up a wall at McMullen Hall at St. Ambrose.

Engler said that if there aren't enough workers on a job like this, they could fall behind closing up the wall before winter. It costs more to heat a job site like this to protect workers from cold weather.

Meanwhile, about 20 percent of construction workers are expected to retire in the next 10 years.

"You know, that’s a lot of people to replace," Engler said.  "If you’ve got a shortage now, replacing them is not enough. You gotta go above that," he said.

Construction managers hope the generational trends are not set in stone, and that high wages and strong benefits can attract more young people into the industry in coming years.