According to school records, at least two students wrote letters to officials expressing concerns for their safety. 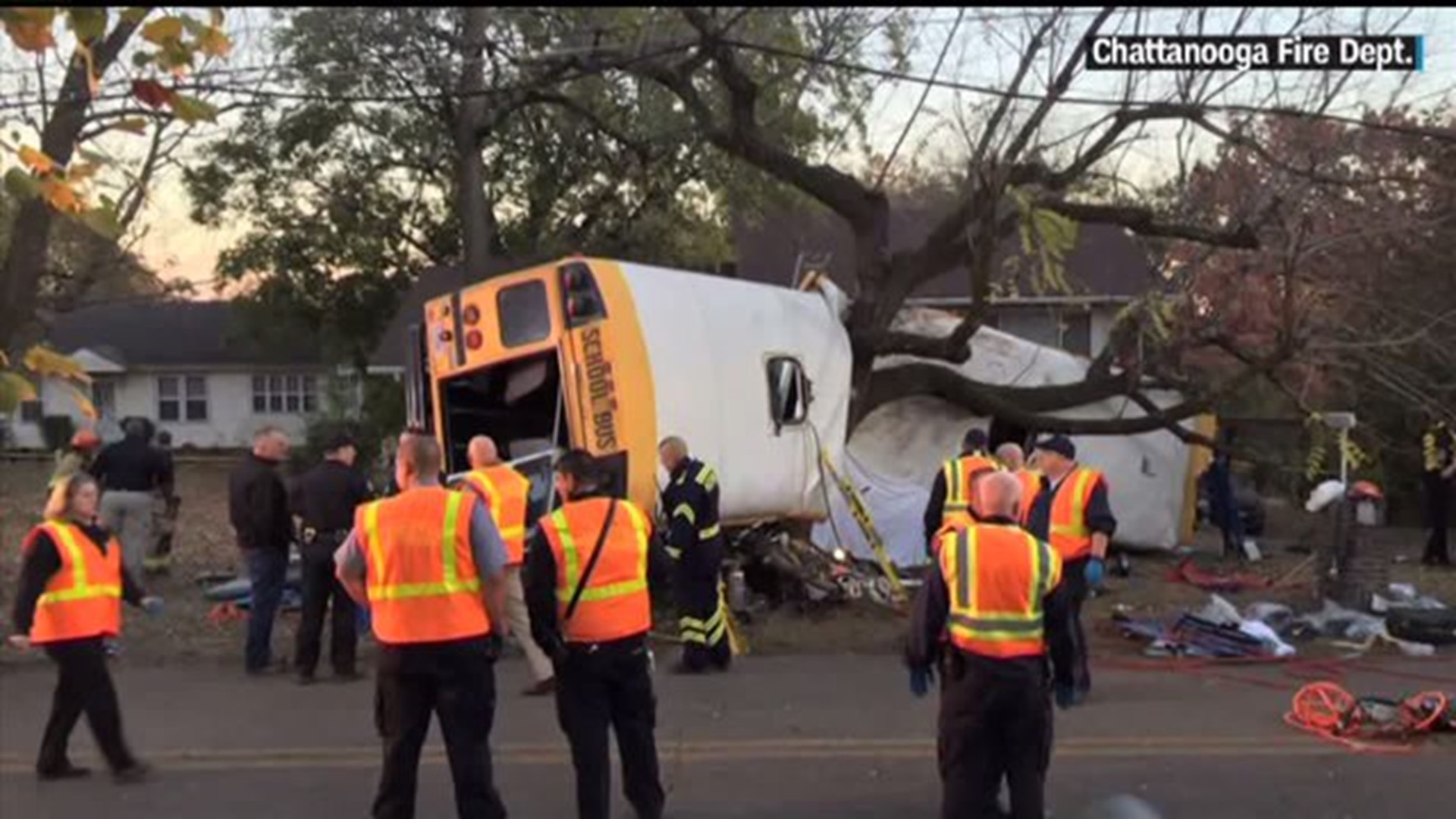 (CNN) -- The driver in a Chattanooga school bus crash that killed six children had previously alarmed students, parents and faculty with his reckless driving, according to complaints provided by CNN affiliate WTVC.

A principal expressed concern about Johnthony Walker's driving twice in the weeks before the crash, students claimed he was trying to injure them and a parent, responding to complaints he had cursed at children and tried to hurt them with his driving, threatened to beat Walker up, the records allege.

Last week, the 24-year-old Walker was driving students home from school when his bus slammed into a tree at such a speed that the vehicle bent in half on impact.

Thirty-seven children were on the bus. Six of them, ages 6 to 10, died. Dozens sustained injuries. A city mourned.

Walker now faces multiple vehicular homicide charges, as well as charges of reckless endangerment and reckless driving. Investigators have said that while no traces of alcohol or drugs were found in Walker's blood, he was barreling down an unapproved bus route at well over the speed limit.

School documents show that Walker, who had been in an accident two months prior, had drawn a series of complaints that raise questions about whether the children riding the bus were safe in the driver's care.

Going back to at least September, parents and students had complained to Hamilton County Department of Education employees about the driver's alleged disregard for children's safety, records show.

One parent, in a letter to to school officials, accused Walker of cursing at children and intentionally slamming his brakes to make them hit their heads and fall out of their seats, according to records. The parent pledged to "beat his ass my damn self" if his driving didn't improve, records show.

On November 8, Woodmore Elementary School principal Brenda Adamson-Cothran said Walker was "driving way too fast when he pulled out of our school." The following week, five days before the fatal crash, she again expressed concerns in an email with school officials.

Six students had told school employees the driver was swerving and "purposely trying to cause them to fall," the principal said.

According to school records, at least two students wrote letters to officials expressing concerns for their safety. One student claimed that the driver "was doing sharp turns and he made me fly over to the next seat." A second student said the bus felt like it would "flip over" given how fast it traveled.

"He makes (people) hit their head," the second student wrote.

The daily route for the No. 366 bus had become a struggle for Walker, records show.

He complained to officials that throughout the fall, students failed to heed his safety instructions and treated him with disrespect. He said he tried to reason with some students, but to no avail.

It led him in November to file nearly a dozen reports about his treatment. All in one day.

Walker reported some student misconduct to school officials, saying that students were facing the wrong way on the bus, stood on their seats and goofed around -- all while the bus was in motion. He threatened them with write-ups, but his threats to report them seemed to do little to stop their behavior, he claimed.

In another episode, Walker also cautioned another group of children who stood up on the bus that they could get hurt if he needed to brake.

When they didn't listen, he vowed to write them up once he obtained the necessary forms, which were not with him at the time.

School officials ended up pulling surveillance tapes to review his driving on the days in question.

Walker still sits behind bars. He's slated to go before a judge for an initial hearing Tuesday.

It isn't clear if he has obtained a defense attorney or if the court will appoint one.

In addition, Walker faces a lawsuit filed by the family of 8-year-old Jamar Boling, one of the children injured in the accident.

Durham School Services, a company that transports more than 1 million students daily at schools across the United States, including the students at Woodmore Elementary, was also named in the lawsuit.

The company's CEO issued a brief statement via YouTube saying that his employees are cooperating with all investigations.

"My responsibility now is to look for answers -- answers about why this tragedy occurred and answers for how we can make sure that this never, ever happens again," David A. Duke said.

Duke said he could not comment further because he did not want to compromise the investigations. A representative for National Express, the parent company for Durham School Services, told CNN on Monday that the company does not comment on pending litigation.