COLONA, Illinois–For many who attended the Colona American Legion’s memorial ceremony, September 11, 2001 is a day that’s still fresh in their minds. R... 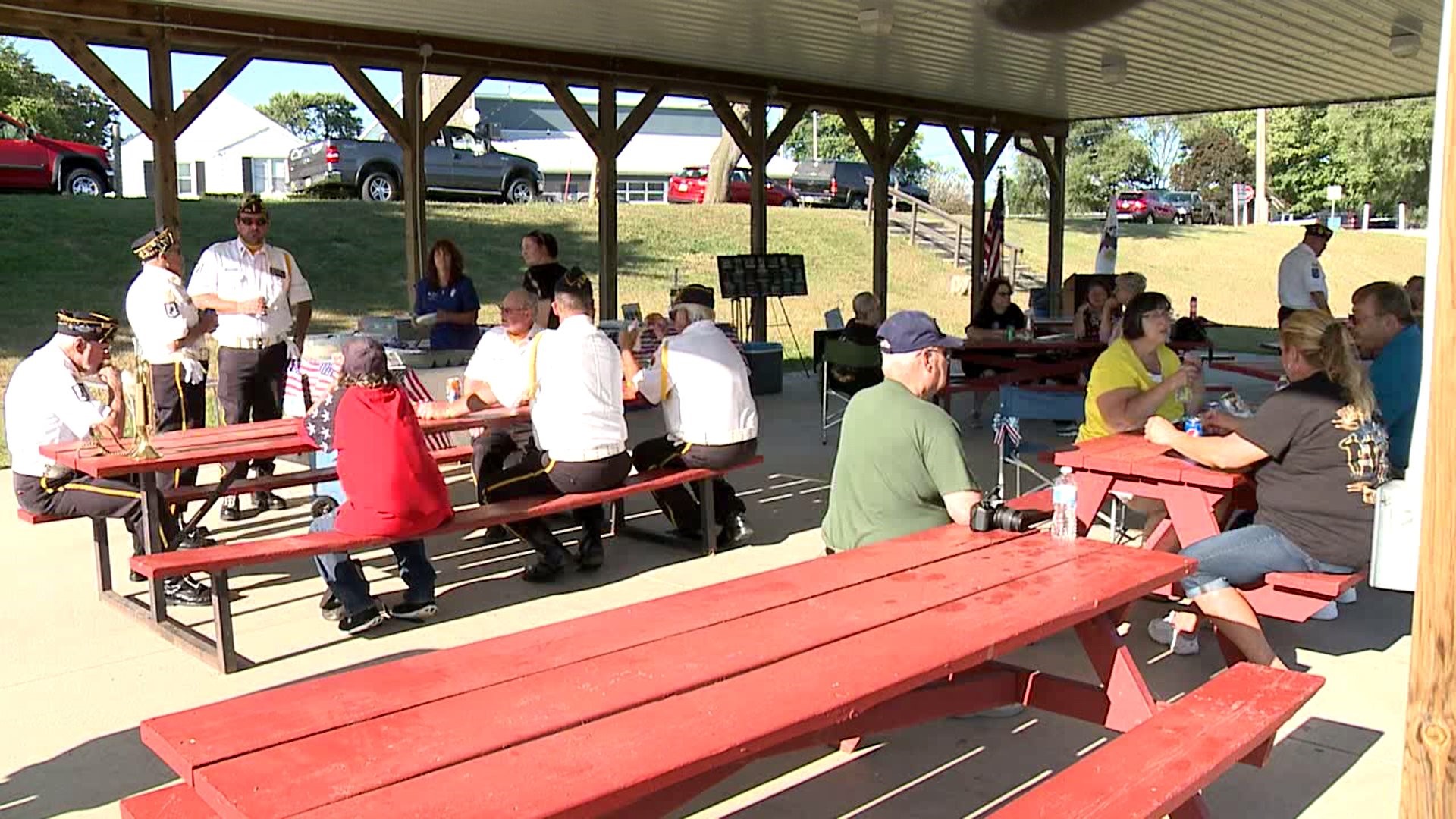 COLONA, Illinois--For many who attended the Colona American Legion’s memorial ceremony, September 11, 2001 is a day that’s still fresh in their minds.

"We really feel strongly about remembering 9/11. It has been 16 years, but we must never forget,” says Angie Golightly from the American Legion Auxiliary.

For Gold Star mother Barbra Ritter, it was the day she knew her son wanted to help.

“He turned 18 in January of 2006 and immediately joined the army and I think it was a direct relationship to the events of 9/11,” says Ritter.

Her son, Sgt. Leevon Ritter, served two tours in Iraq before dying after a motorcycle accident in 2012.

His mother says although 16 years have passed since the attack on the World Trade Center, this country still has a lot of healing to do to rebuild trust and to put an end to hate.

“There are bad people of every color, every shape…. of every nationality…I think we need to be aware of our surrounding without judging everybody that’s in them," says Ritter.

After the ceremony, there was a short candle light vigil.