UPDATE: 2 Airlifted to Hospital After Collision in Colona, Illinois

Four people were taken to the hospital after a crash in Colona, Illinois. 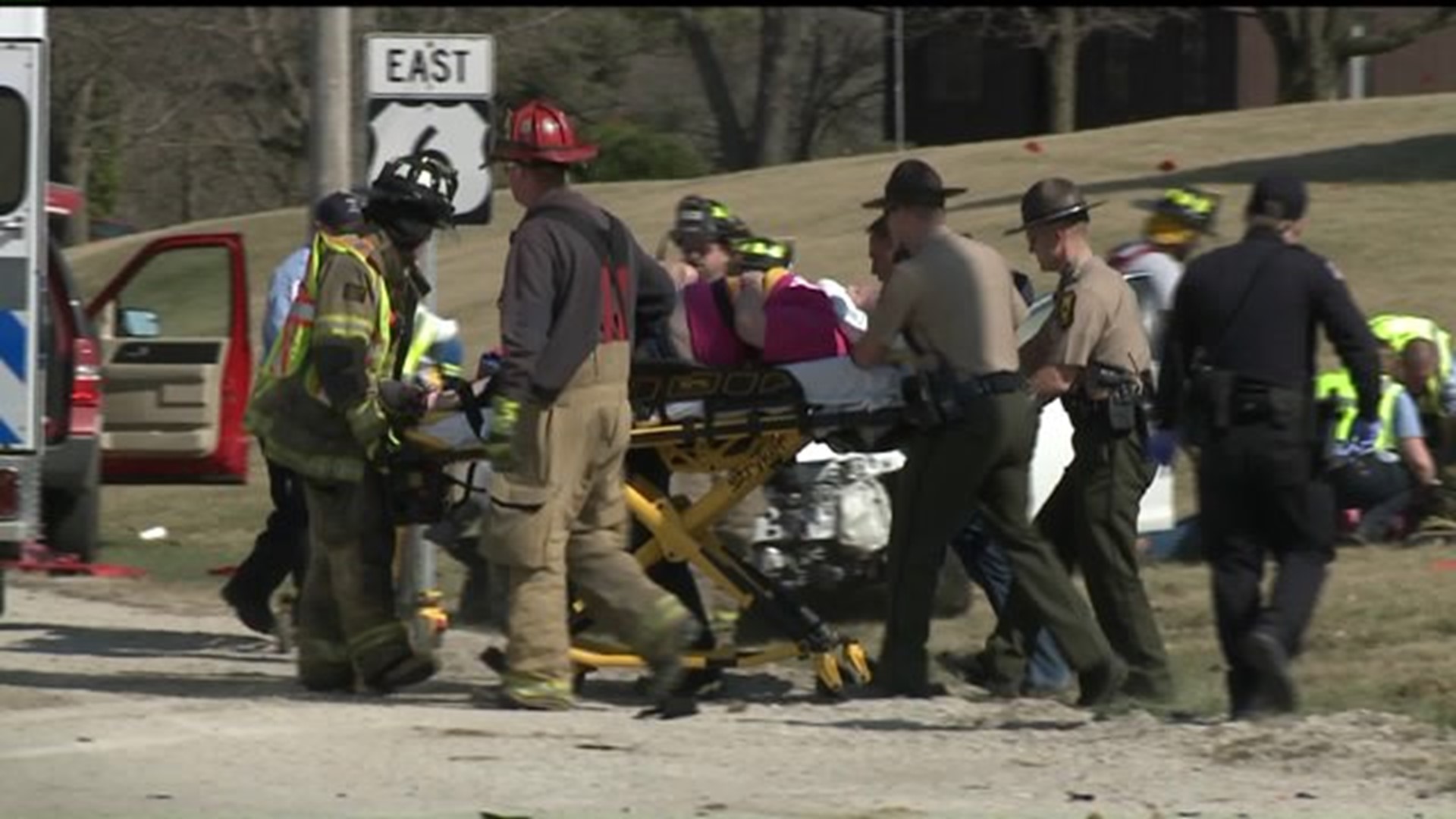 Investigators say the Chevrolet was driven by 76-year-old Delores A. Shimmin from Kewanee, Illinois, who was unable to stop and struck the passenger side of the Ford when the two vehicles collided.

"The collision caused [the Ford] to lose control and roll into a ditch on the south east side of the intersection," said the press release.

Police say all occupants from both vehicles were transported to the hospital. Due to the severity of their injuries, Abigail Jordan and Amber Jordan were flown to a hospital in Peoria. Shawn Jordan was issued a citation for disobeying a stop sign.

The crash remains under investigation.

EARLIER STORY: Four people were taken to the hospital after a crash in Colona, Illinois.

One of the two cars reportedly involved in the crash was upside-down at the scene at Route 6 and Route 84.

Between the two vehicles involved, there were four occupants. All were taken to an area hospital for treatment, according to a spokesperson from Illinois State Police.  It was unclear what their conditions were.

Traffic in the area was reportedly blocked after the crash, but police on scene were able to reopen the roadway and were directing traffic.

UPDATE: 2 Airlifted to Hospital After Collision in Colona, Illinois