Cold weather has brought a large number of bald eagles to the Quad Cities, and visitors from across the country are arriving to snap their picture. 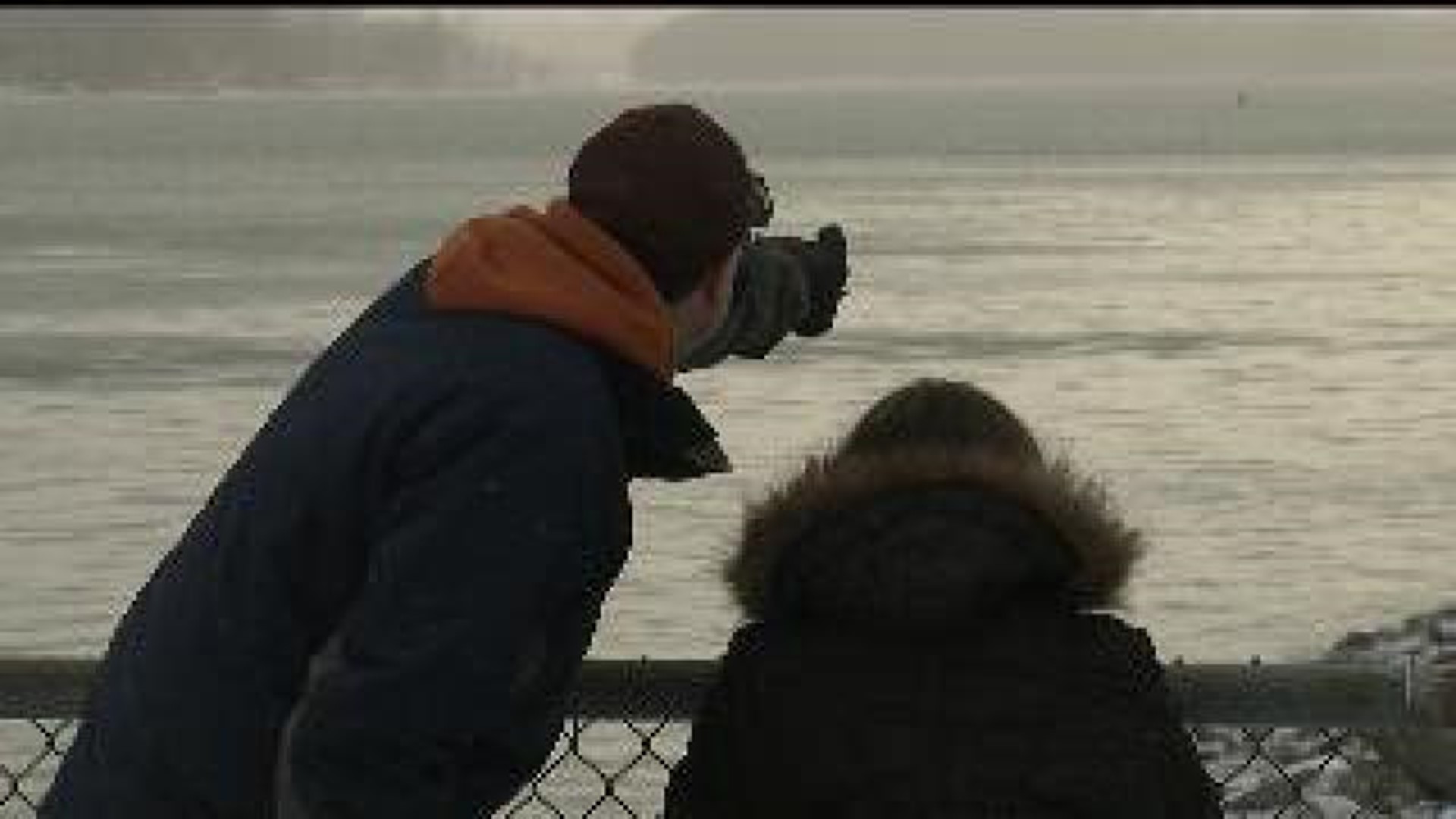 Cold weather has brought a large number of bald eagles to the Quad Cities, and visitors from across the country are arriving to snap their picture.

Wednesday afternoon, more than a dozen photographers lined the chilly Mississippi riverbank at Lock and Dam 14 in LeClaire, Iowa.

Among them was Gary Poole, who made the drive from Detroit, Michigan, to photograph the eagles.

"This is the first time I've been here. I saw some great pictures from this weekend, and I had the time, so I decided to come down," said Poole.

He was joined by photographer John Roach, who traveled from Milwaukee, Wisconsin. The pair, who take pictures as a hobby, heard about the site in LeClaire thanks to a tip from a friend in an online photography community.

Snow and fog, though, made for limited success Wednesday afternoon.

"Photography is all about capturing light. If you don't have a lot of light, it's sometimes not as great as you would like it to be. But there have been moments when it's been fun, and the birds have been active, so that's cool," said Roach.

The abundance of eagles in the Quad Cities -- and their photographers -- is all due to this year's bitter cold. Eagles mainly eat fish, and they are forced south to find patches of river that aren't frozen.

"Just a couple of years ago, there were hardly any here. The colder it is, the better it is," said Bob Morgan, who traveled to LeClaire from Joliet, Illinois.

"You can see a lot of eagles, but you can't get close enough to them to take a picture. Here, you can get the picture," said Morgan. "Yes, right here. This is the best place, I believe, in the whole United States."

Eagles watchers say the best times to spot the birds are early in the morning, between 7 and 10 a.m., or late afternoon from 3 p.m. to 5 p.m.