Authorities say they have searched almost 5,000 square miles of ocean for two firefighters who disappeared Friday after setting out from Port Canaveral, Florida... 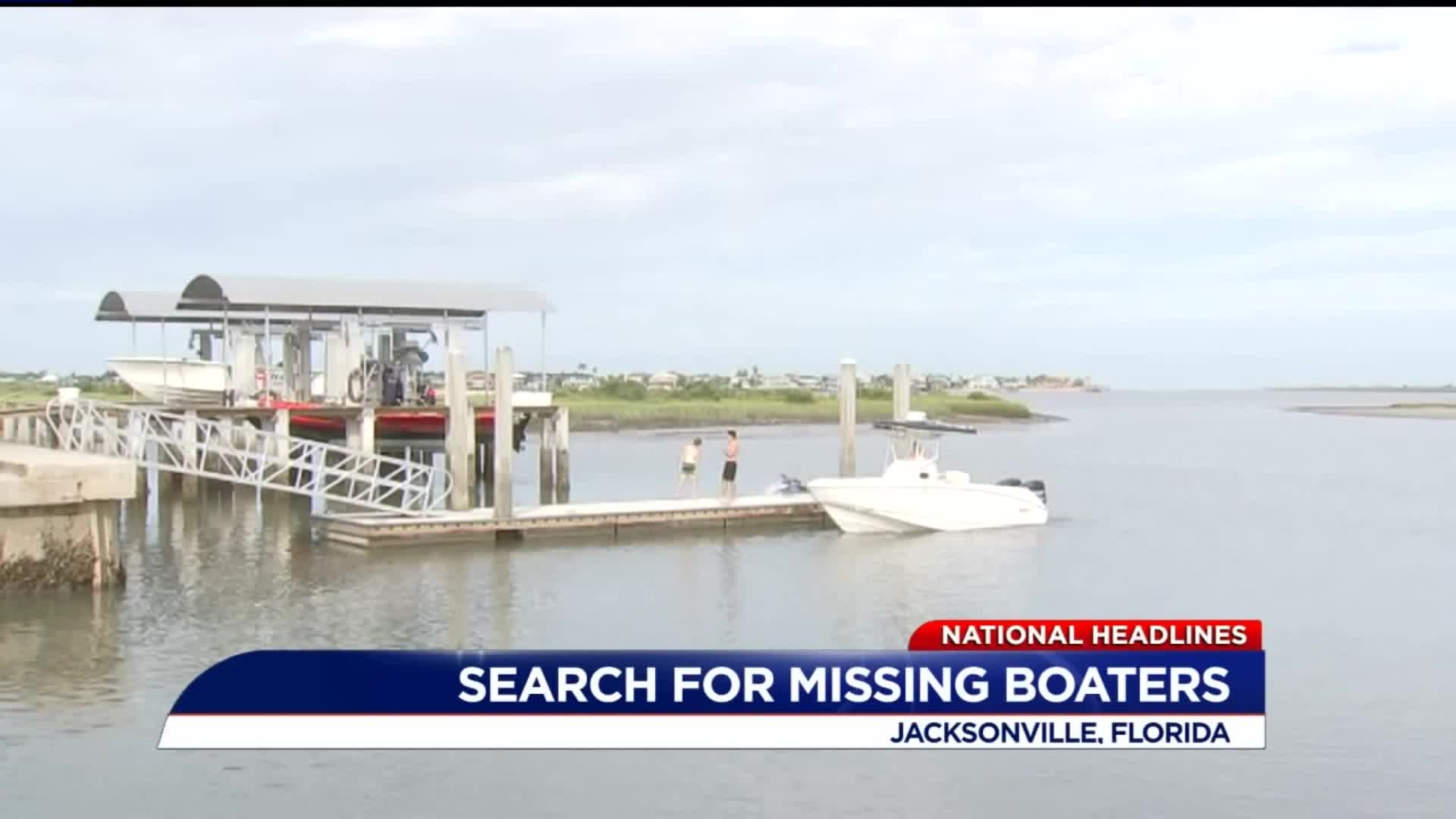 (CNN) -- Authorities say they have searched almost 5,000 square miles of ocean for two firefighters who disappeared after setting out from Port Canaveral, Florida, on a fishing trip.

Brian McCluney and Justin Walker were last seen Friday morning on surveillance video launching their boat into the water at the 300 Christopher Columbus boat ramp, according to the Coast Guard. Their destination was 8A Reef, an offshore fishing spot, the Coast Guard said.

Family members contacted the Coast Guard after the men didn't return Friday evening. Both men have been identified as firefighters -- McCluney with Jacksonville Fire and Rescue and Walker with Fairfax County, Virginia, Fire and Rescue.

The Coast Guard, along with multiple local and county agencies, started searching by boat and air on Friday night.

"I hoped that by daylight it would bring us something," McCluney's wife, Stephanie, told CNN affiliate WFTV on Saturday. "I understand it is like a needle in a haystack. But these two men are probably the most resourceful men."

The mens' boat belonged to McCluney's late father, who passed away last month, according to McCluney's brother Kevin. McCluney's wife told CNN affiliate WKMG that the boat has had mechanical problems in the past.

By Sunday, the Coast Guard said its boats and an airplane had searched an estimated 4,800 square miles -- as far north as the Georgia coast -- trying to locate the fishermen. More than a dozen good Samaritans with boats also have joined officials in the search effort.

"Want to know about our bond with each other? These are the times that we come together to accomplish amazing things...we have about 11 boats with nearly 50 firefighters assisting @USCGSoutheast with search out of Vilano and Daytona beach this am," tweeted the Jacksonville Fire and Rescue Department.

As the search continues, the Coast Guard is asking for anyone with information to call 904-714-7558.