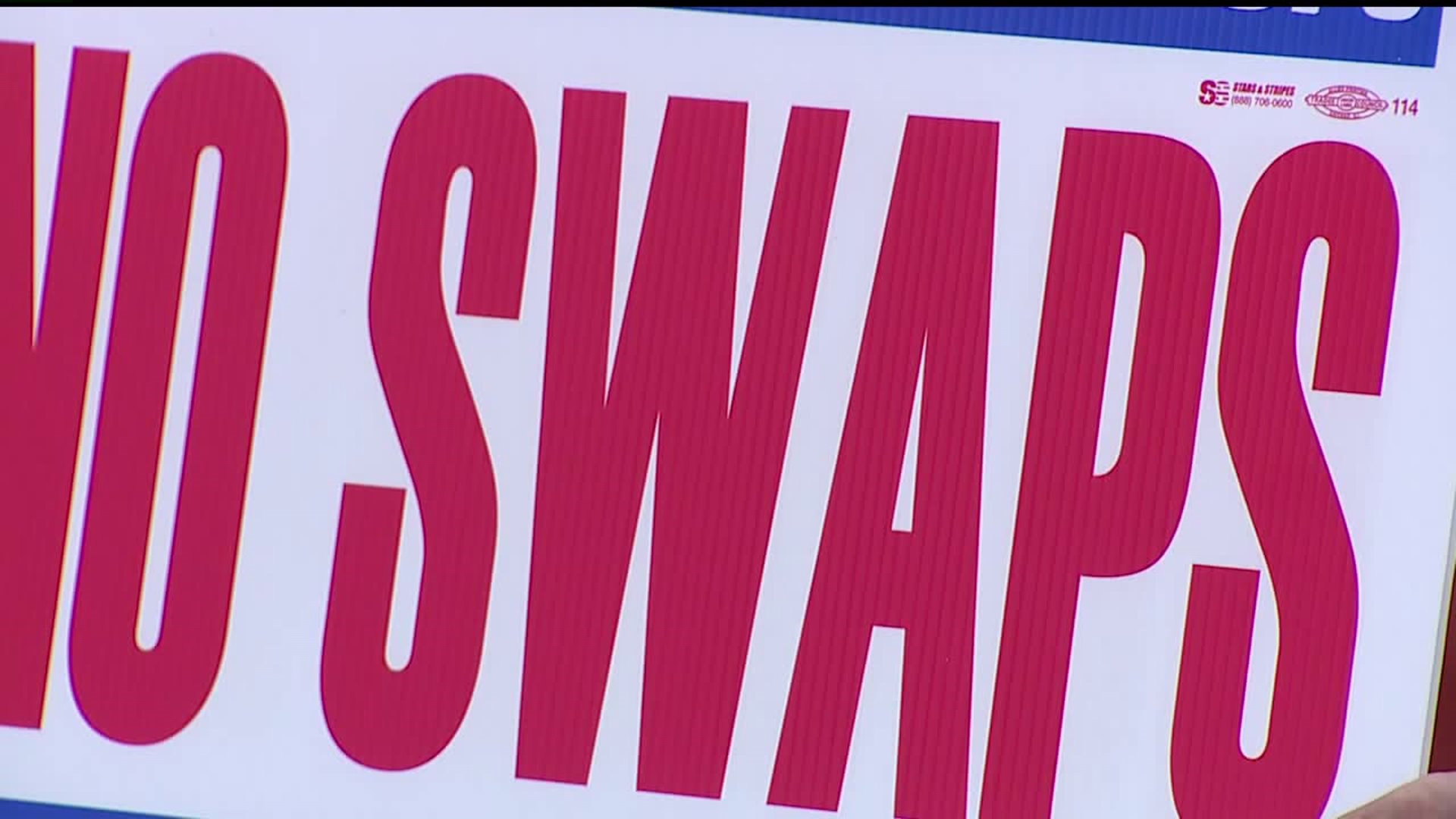 BETTENDORF, Iowa -- A coalition of workers, businesses, faith, and local leaders say an Iowa DOT program to replace federal dollars for construction projects with state money is bad for Quad Cities taxpayers and communities. They are urging local mayors to reject the program and opt out.

The Iowa Department of Transporation put the Federal-Aid Swap program in place in 2018.

Under Iowa DOT’s Federal Aid Swap program, local municipalities can swap out those federal funds for state dollars, which don’t have such requirements.

"[The program] entices contractors outside of the Quad cities to come into our region and perform work in our community that is paid for by your tax dollars. When this happens, these outside contractors bring their own employees. My employees, your employees, your neighbors, these people behind me will sit at home and be unemployed," she said.

The coalition says the funding swap could put $3.5 million dollars in economic impact at risk, including two road projects planned in Davenport and one in Bettendorf.

Opponents are urging Quad Citians to call their city leaders and urge the policy committee Quad Cities Metropolitan Planning Organization to opt out of the Federal-Aid Swap program.

The vote on the program could come as early May 28. The committee meets on the fourth Tuesday of every month and is comprised of 14 voting members and three ex-officio members.