Moline mobile home park deals with flooding for three months. Now people are without power and kids are forced to walk through flood waters to get to school. 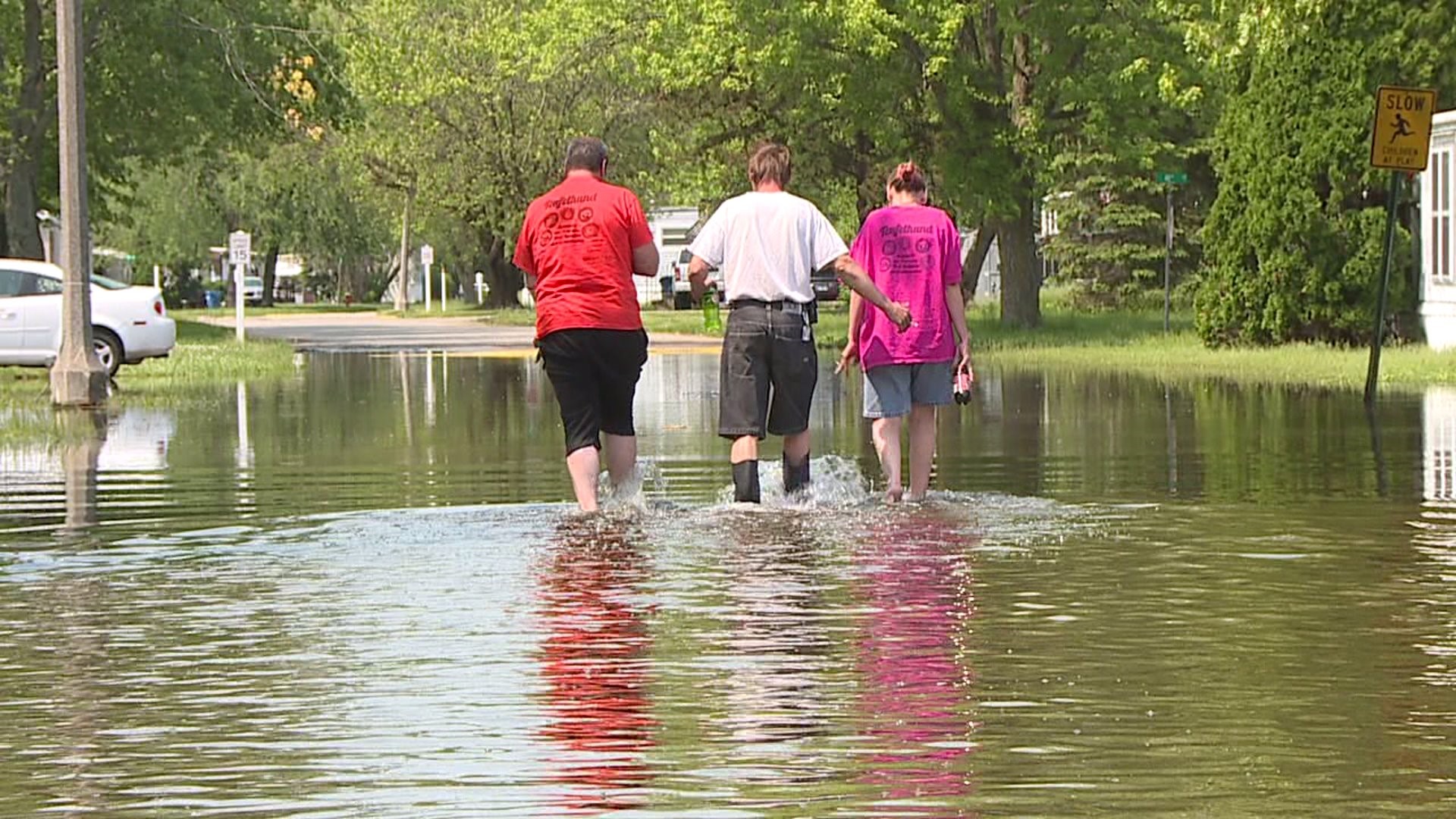 MOLINE, Illinois - Cloverleaf Village has had it's fair share of flooding this season.  To get into the park drivers have to travel through standing water with either a truck or SUV, but that's what people are dealing with all over the park.
Trekking through water mid-calf deep is how people at the mobile home park are used to traveling around the past three months. But Friday is when resident, Christina Bates, had enough.
"We were forced to leave our home because of no electricity," says Bates.
With power gone, she had to throw a lot away, including everything in her fridge and freezer.  Her house is now not the right environment for her pet birds either, which is why she's giving them to Teske's on Tuesday to find a new home.
That's what Bates is dealing with on the inside, the outside is a different story.
"There's a lot of water underneath the trailer," explains Bates. "My central air is starting to sit in water."
Water is everywhere you turn in Cloverleaf, and now kids are given no choice but to talk through flooded roads daily to get to school.
"Buses are no longer allowed to come down and pick up school children," says resident, Robin Carden. "So the children have to walk through the flooded waters."
"It doesn't make me feel proud," says student and resident, Patience Sanchez. "They need to get this figured out, because kids could get sick over this.  Kids could have cuts on their legs and stuff."
Anything could be found squirming in the water covering the road - fish, worms, even snakes.
Carden says she's never seen flooding this bad and thinks she knows where the problem lies.
"We know it was because of the drainage pipes," says Carden. "It builds up with sticks and garbage and everything else.  So, when that is backed up flooding happens."
With no end in sight, residents understand they will keep doing what they've always done and chug along.
"It's frustrating, depressing, I just want to be able to be back in my home," Bates says.
Residents say since the park is privately owned it was up to management to offer sandbags and other materials to prevent the damage, but that was never done.
Other people in the park have reported their power has been out for days and even weeks.  They aren't sure when it will come back despite conversations with MidAmerican and management at the park.