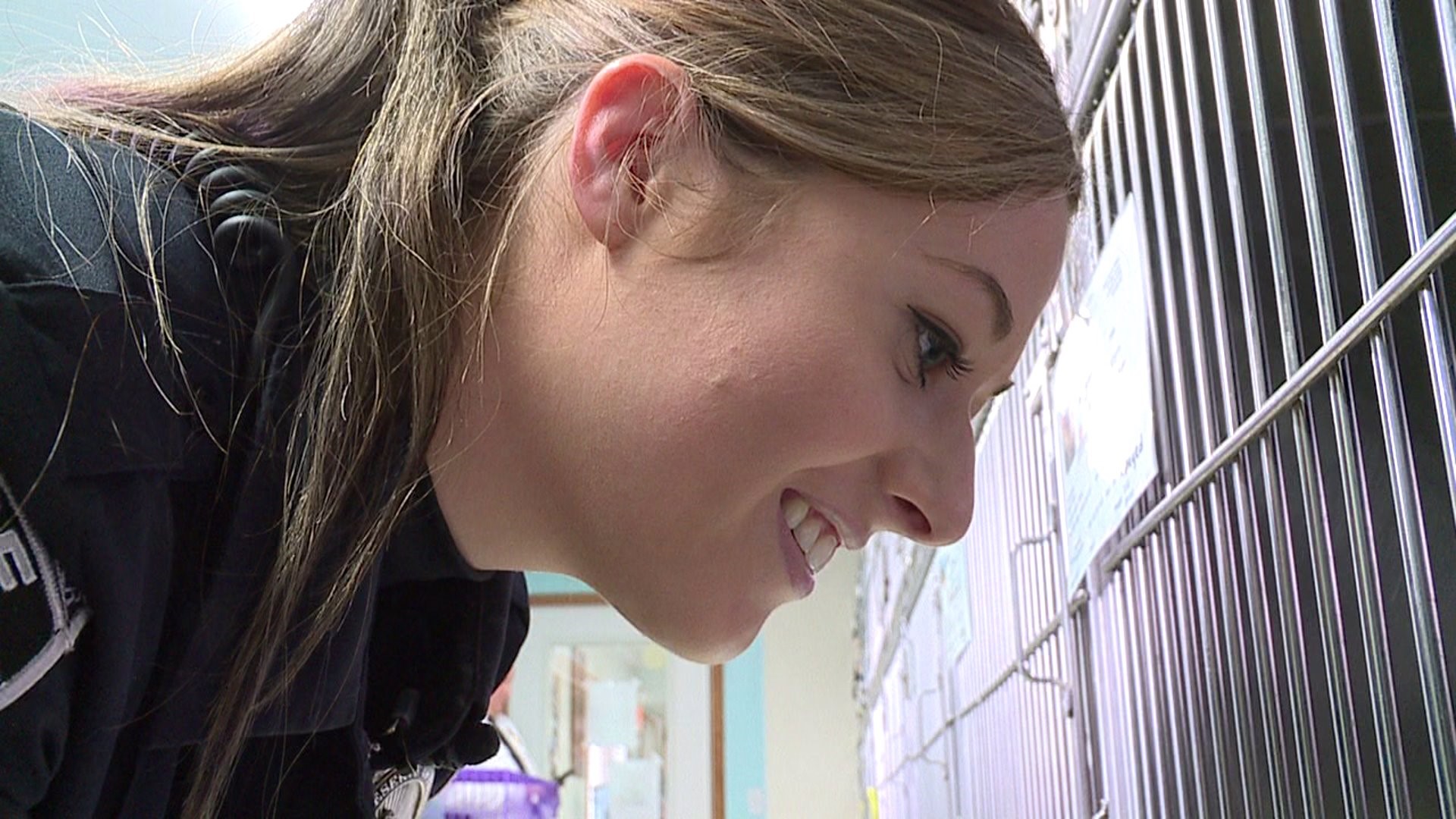 CLINTON, Iowa-- After several high-profile cases of animal abuse, the Clinton Police Department has hired a new officer dedicated to protecting the city's dogs and cats.

Animal Protection Officer Jayci Mulholland has all the same authority as any other officer, but she's the first one to respond to reports of animal abuse or neglect.

"I've always wanted to be in law enforcement and the aspect of the animal control intrigued me," she says.

Mulholland says she hasn't had any major cases of animal abuse.

"So far it's been pretty good," she says. "I haven't had anything drastic."

What she has had a lot of are stray dogs and cats. She estimates she's brought more than 20 into the Clinton Humane Society since she started in September.

"There's been a few of them," she says. "I get attached but I also love seeing them go home because they're great dogs and they shouldn't be here. They should be in a family and be loved."

The Clinton Humane Society says having an animal protection officer has lightened their load. People can now call police if they suspect an animal is being mistreated, freeing up staff at the shelter to take care of their animals and find them homes.

Operations Manager Jennifer Gerdes says there's only so much her staff can do to remove animals from abusive or neglectful situations. They can't go onto people's properties or seize animals. But Mulholland can. She can also write-up search warrants and conduct investigations.

"I think she's getting to the problems before they become huge problems..." Captain Joe Raaymakers says.

Call the Clinton Police's non-emergency line at 563-243-1458. The Clinton Humane Society has dozens of cats and half a dozen dogs up for adoption.