Clinton woman out $10,800 from winter door to door scammers

“This is a flat out scam, absolutely,” says Randy Meier, Director of Clinton County Sheriff’s Seniors vs. Crime program. 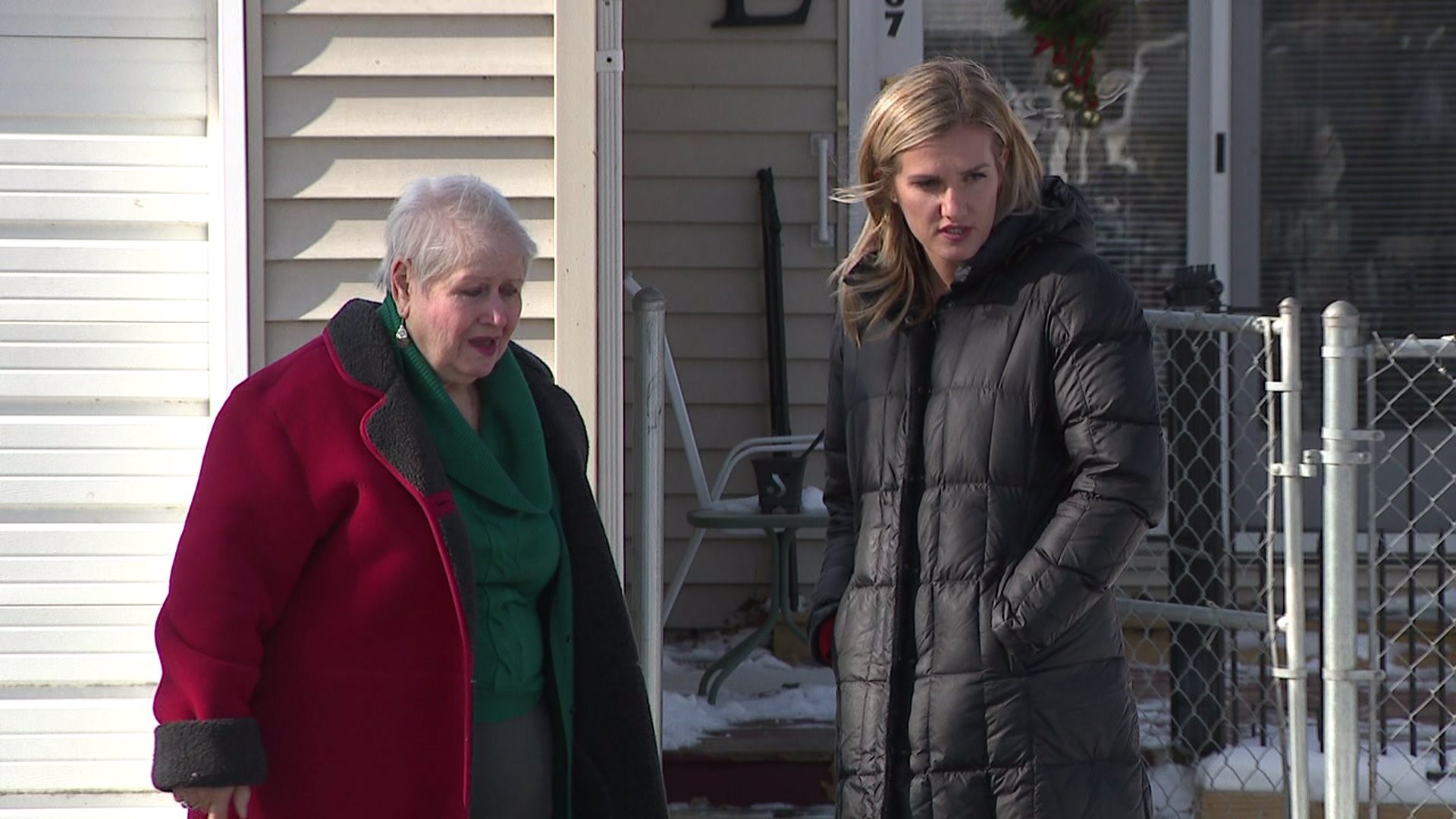 CLINTON, Iowa-- Sue Eastman doesn't claim to be the handiest homeowner on her street, but after just a glance at her driveway, most people would recognize she was lied to.

"He said it was in really bad shape. You have the worst parking lot I've ever seen," says Eastman.

"This is a flat out scam, absolutely," says Randy Meier, Director of Clinton County Sheriff's Seniors vs. Crime program.

It started back in July. Eastman says her driveway was in perfectly fine shape. A man came to her door.

"He said my driveway was the worst he's ever seen. He said it was crumbling," says Eastman.

Eastman agreed to let the man do some work he called resurfacing.

"All he did was put the oil on. He blew it off. A woman was with him, and then they put this can of oil on, brushed it on," says Eastman.

The man put on the mystery oil twice, then charged Eastman $4,000.

She wrote the check hoping to never see the man again. And she didn't until the third week of December. This time the man said her garage needed serious repair.

"I said three or four times no, it's okay, it will outlive me. Oh no, we can have it done in no time at all. And then he wanted to fill in something over there, and I said no, no, nothing else," says Eastman.

"In the case we're talking about here, they wouldn't leave. They were persistent. They beat the victim down basically to get her to hand over money," says Meier.

The cost for "fixing" a crack in the garage floor and what the man called a leaky roof was $10,800 in total.

Right now police are investigating. They say the man who did this to Eastman has a record of scamming others.

"Maximum penalty for theft in the first degree is 10 years in prison," says Meier.

Now Eastman is left trying to fix a solution that never needed fixing in the first place.

"I got scammed probably worse than anyone has in the city of Clinton. It was a $10,800 lesson," says Eastman.

Other red flags are if the person is pushy, and if they don't give you a written contract and receipt.