A hit-and-run in Clinton resulted in the death of a pedestrian and a suspect at large. 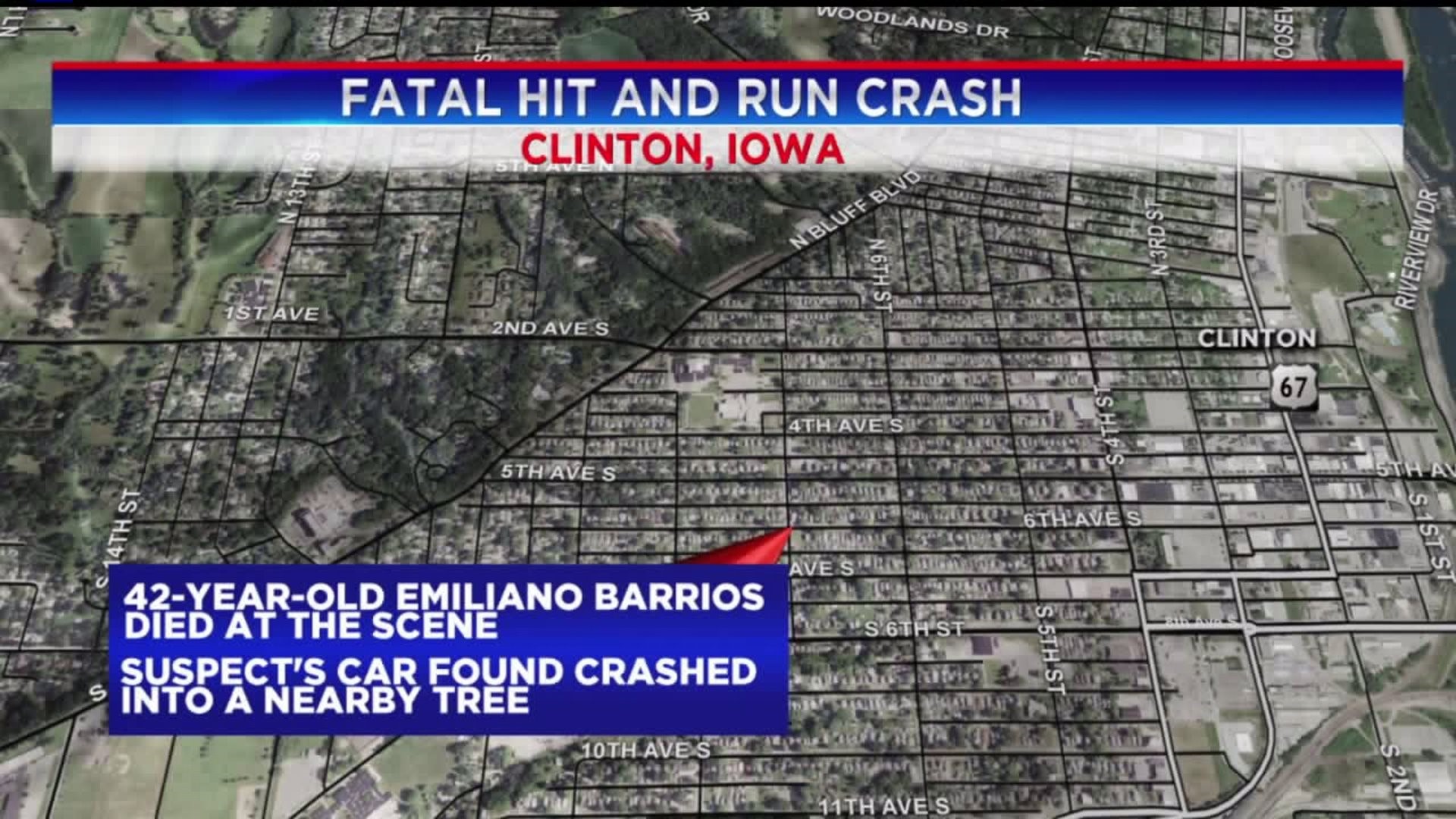 CLINTON, Iowa -- A hit-and-run crash in a Clinton neighborhood left a pedestrian dead with the suspect at large.

Clinton Police and Fire responded to the 700 block of 6th Avenue South to a vehicle vs. pedestrian accident. At the scene, they found the pedestrian dead and the offending driver and vehicle nowhere to be seen.

After a search, police found the vehicle abandoned after it had crashed into a tree on 8th Street. The driver has not yet been identified. The victim was identified as 42 year-old Emiliano D. Barrios.

The incident is currently being investigated by the Iowa State Patrol. Anyone with knowledge about the driver is recommended to call the Clinton Police Department at 563-243-1458 or Clinton County Crime Stoppers at 888-883-8015.