Applications are now available for businesses and residents to get grand money from Grow Quad Cities – Iowa Fund. 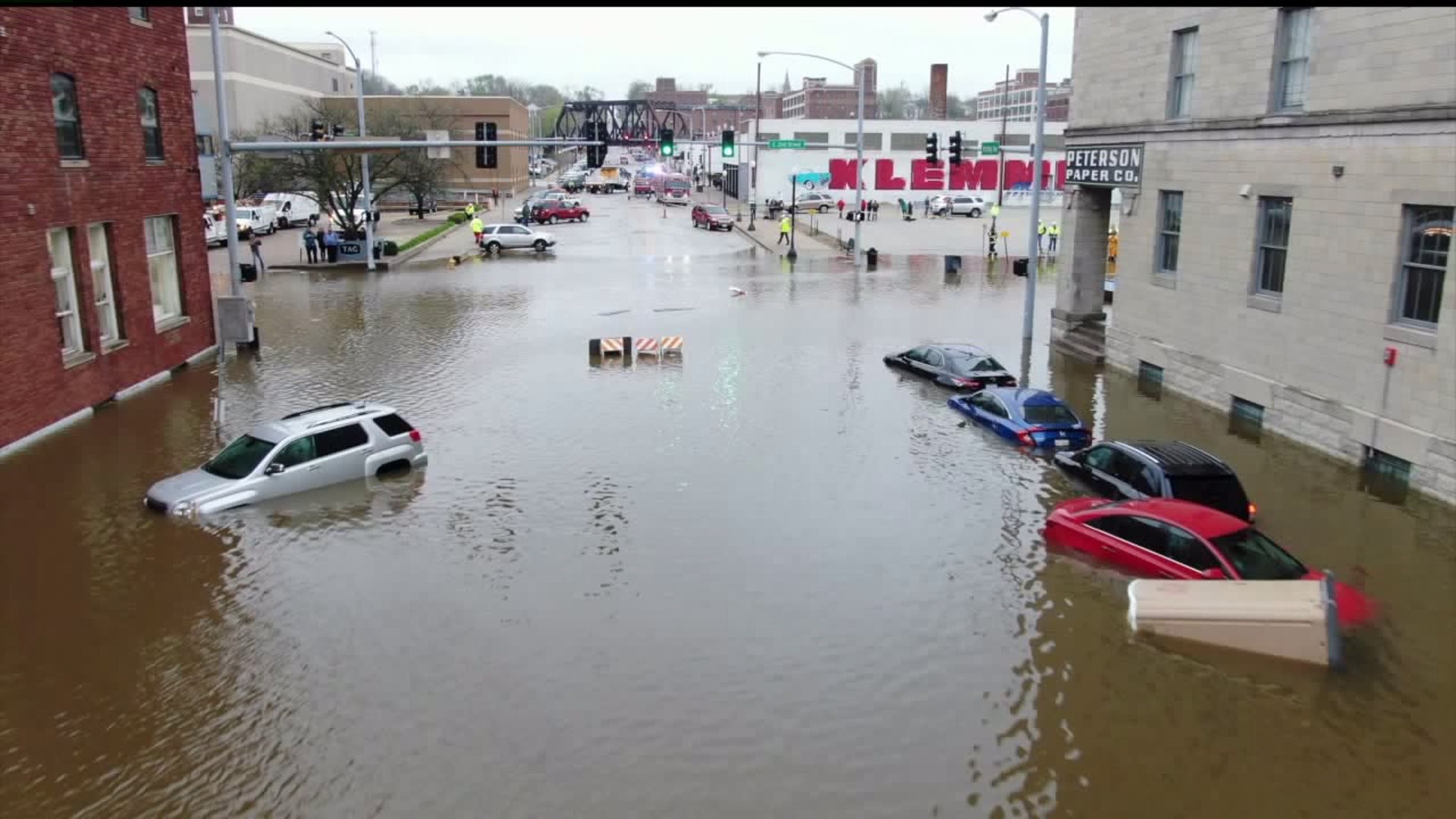 DAVENPORT, Iowa-- During a press conference on June 24, 2019, The City of Davenport and a newly created coalition of business owners said they would do a better job working together to get downtown back on its feet.

"It's definitely been tough on everybody," Dan Bush says. "Now that the water is receding, I think we can work toward long-term fixes."

In a letter, Bush and others in the coalition called for city action on four topics. That included more transparency, a quick and consistent plant for rebuilding, written assurance about future flood protection, and a seat on the mayor's flood task force.

The letter also called for cooperation and collaboration.

"I think everybody was working on what they thought was their most important task at hand, and we forgot along the way to connect with each other," City Administrator Corri Spiegel says. "A lot of them just want a chance to be heard. And everybody's welcome to come in and share their experiences or if they have ideas, come forward.'

Two members from the business coalition will sit on the mayor's flood task force. Mayor Frank Klipsch says the group of about 20 people will start meeting after the Fourth of July to brainstorm flood prevention ideas.

Applications are now available for businesses and residents to get grand money from Grow Quad Cities - Iowa Fund. Those applications are due by July 3.