The city of Bettendorf celebrated the latest development to its downtown Monday, with a ribbon-cutting at the newly constructed Ascentra Credit Union Home Offic... 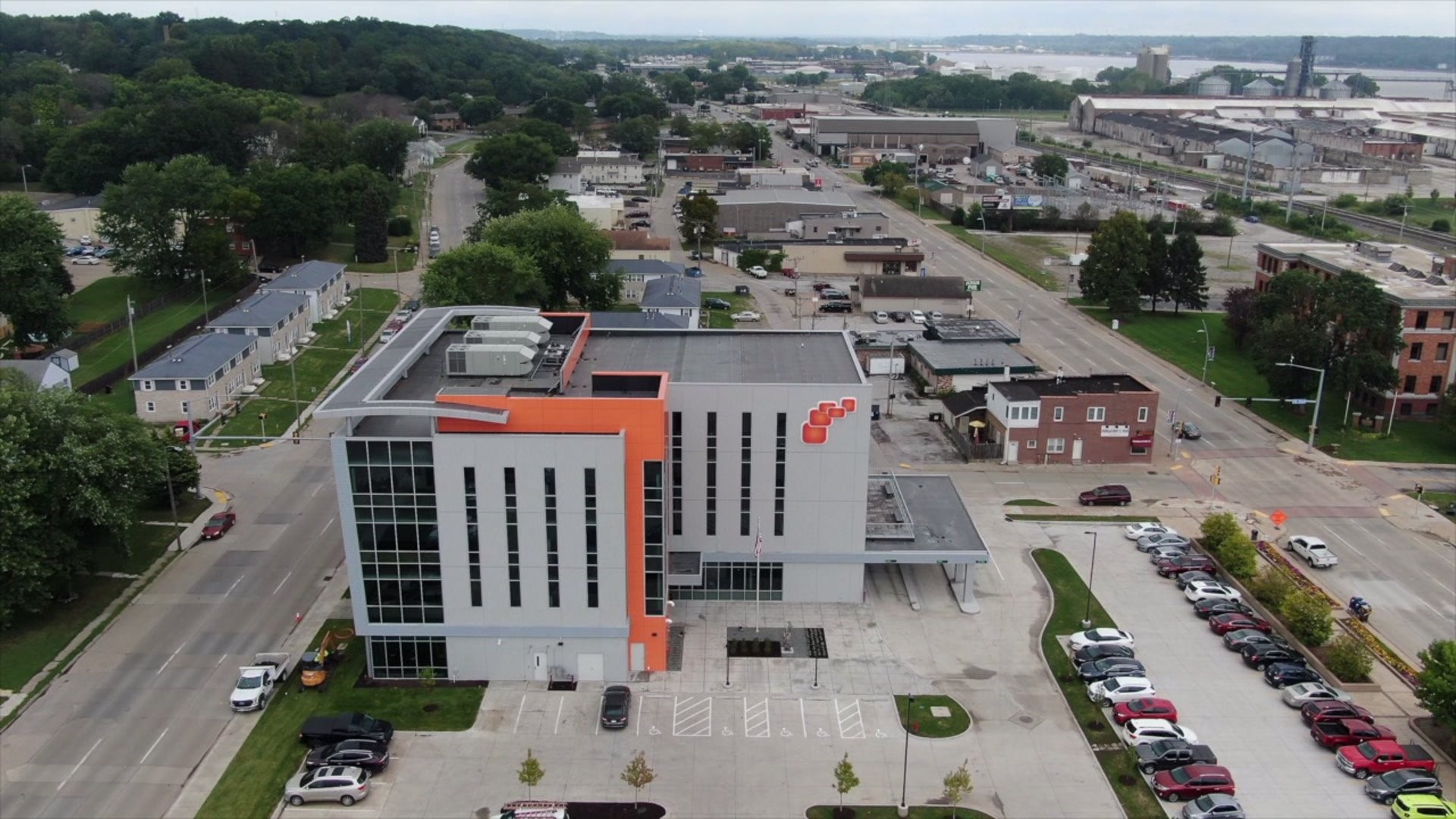 BETTENDORF, Iowa -- The city of Bettendorf celebrated the latest development to its downtown Monday, with a ribbon-cutting at the newly constructed Ascentra Credit Union Home Office and Branch.

City leaders hope the new building and the new jobs that come with it will bring more foot traffic to downtown Bettendorf.

"It's a 40,000 square foot facility, it took just over a year to erect the building, and it created about 50 full-time jobs," said Ascentra President & CEO Dale Owen. "This is a big deal. Our organization has been rooted in the downtown for almost 30 years, and the process that has culminated into this project has been a beautiful collaboration with the city, the Quad City Chamber, the Q2030 Initiative."

Ryan Jantzi, the executive director of the organization, said it was important that the city have a "sense of place."

Top priorities include getting more people working, living and walking from place to place downtown.

"Street art, beautification, just to show people that this is not a pass-through, it's a neighborhood.

There are already a number of potential spots for future development, including Ascentra's old building down the street, and a few other less obvious places like under the new I-74 bridge and where the old one will eventually be torn down.