The county board does have the power to abate tax debt but, not in this case. 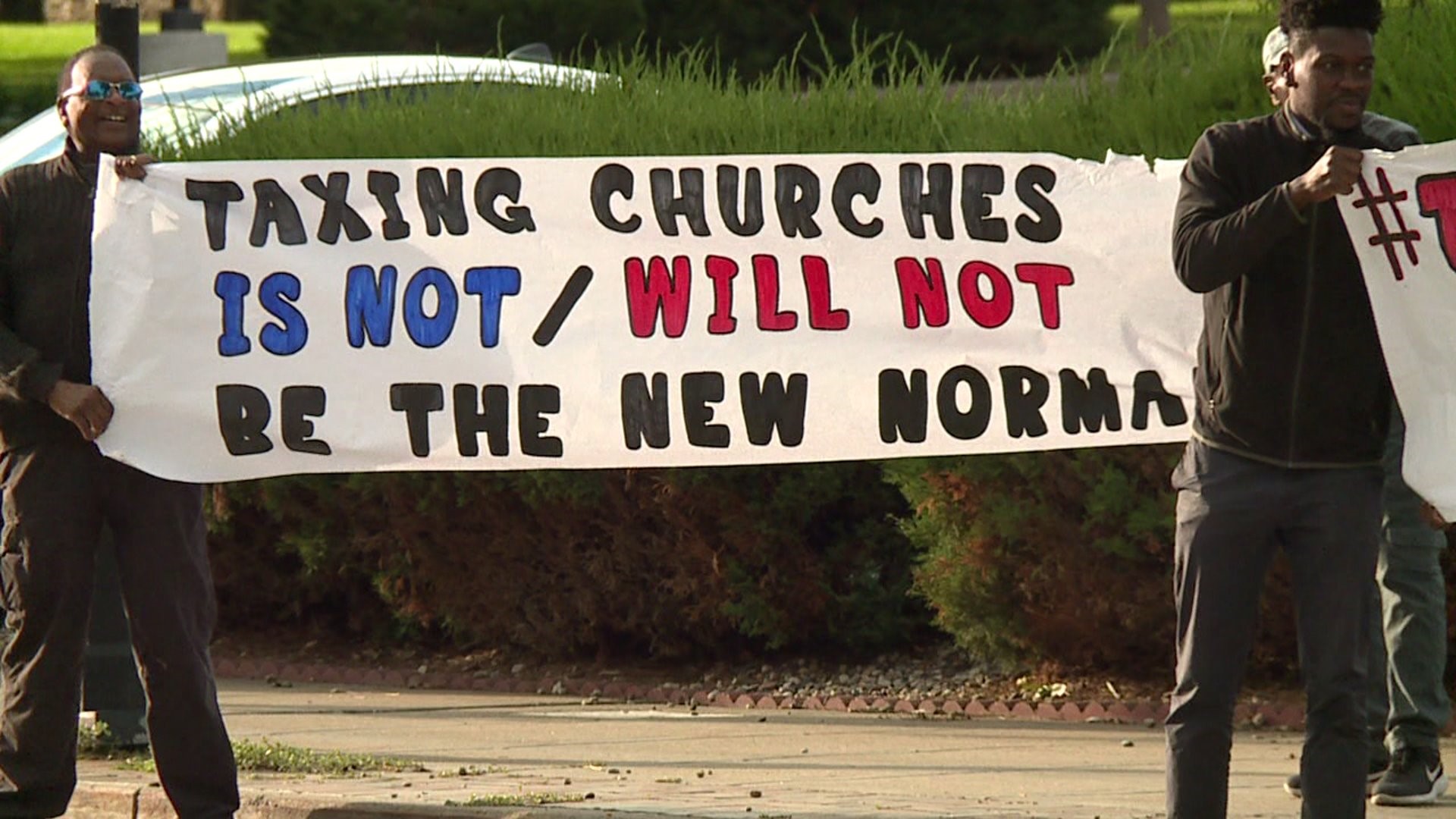 DAVENPORT, Iowa - While the Scott County Board of Supervisors held their bi-weekly meeting inside of the Scott County Administration Building downtown on October 3, supporters of the Mt. Sinai Christian Fellowship Church were making noise outside in the parking lot.

It was a noisy yet peaceful and non-confrontational attempt to draw attention to the problem they've been dealing with since August.

"It's not just about Mt. Sinai now. This is about churches, not only in the Quad Cities, but churches that around the state, as well as around the nation," said Pastor Frank Livingston

Livingston describes the rally as an attempt to remain persistent and to show unity among the community as part of his congregation called upon the county board of supervisors to abate text debt they recently learned about.

We first told you about this church and their debt back in August.

Church leaders learned they owe $100,000 after making a paperwork mistake.

The church never filled out required tax exemption form when they changed locations back in 2015.

There's no disputing Mount Sinai is, and always has been, a church. Still, county leaders say the county's hands are tied legally because the old building was sold.

"I've looked at many different possible solutions to find a way to help these people," said Chairman of the Scott County Board of Supervisors. "I am sympathetic to their cause. I agree that they are in fact a tax exempt organization."

At the rally, people held signs that called for leaders to abate the tax debt.

However, the Board of Supervisors only has the power to abate taxes from the current year and the debt the church is dealing stems from years past.

It's a law that his this church and members of the community praying and rallying for a solution.