UPDATED 3:35 p.m. : Search crews have located a missing two-year-old boy in a field about three-quarters of a mile from his Preemption, Illinois home. Au... 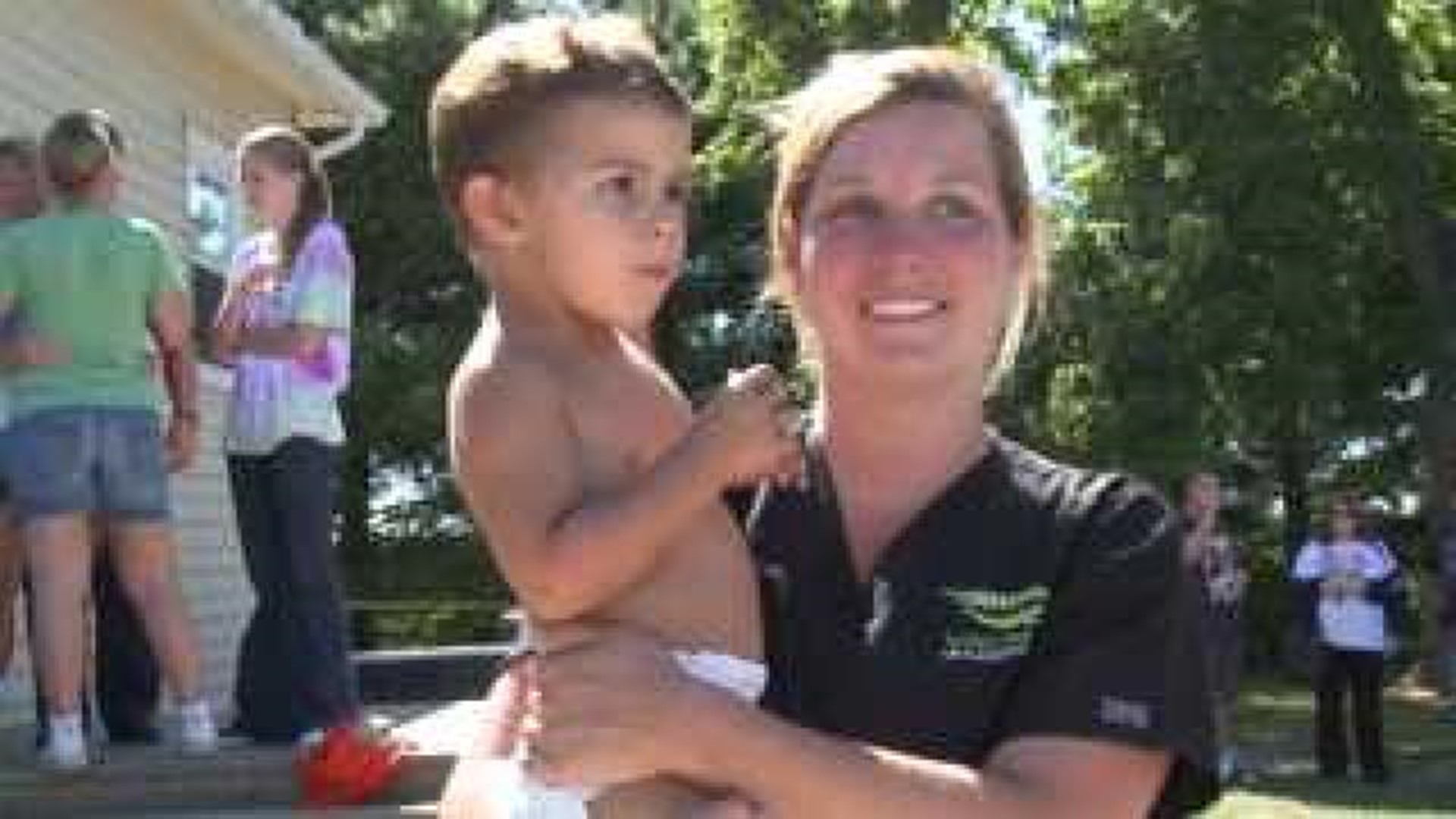 Search crews have located a missing two-year-old boy in a field about three-quarters of a mile from his Preemption, Illinois home.

Authorities found the boy, identified only as Mason, at approximately 3:30 p.m. on the edge of a soybean field and a corn field near 240th Street and 160th Avenue.

He's believed to be OK, and was taken to ambulance where his condition was being checked.

A child was reported missing after he was last seen near a corn field Monday morning, August 6, 2012.

Early reports were a boy disappeared near the field at 2432 160th Avenue in rural Preemption, Illinois in Mercer County.

The first calls reporting the child's disappearance came at about 10:30 a.m.

More than a dozen people on the ground were assisted by a law enforcement canine to search a corn field for the child.  A helicopter ambulance crew was also in the area, and a small airplane was expected to join the search.

Firefighters from Reynolds and Sherrard fire departments along with Mercer County Sheriff's deputies were also at the scene.

The boy was last seen wearing a light green shirt, a diaper and sandals.

Anyone with information about the child is asked to contact the Mercer County Sheriff's Department at (309) 582-5194.