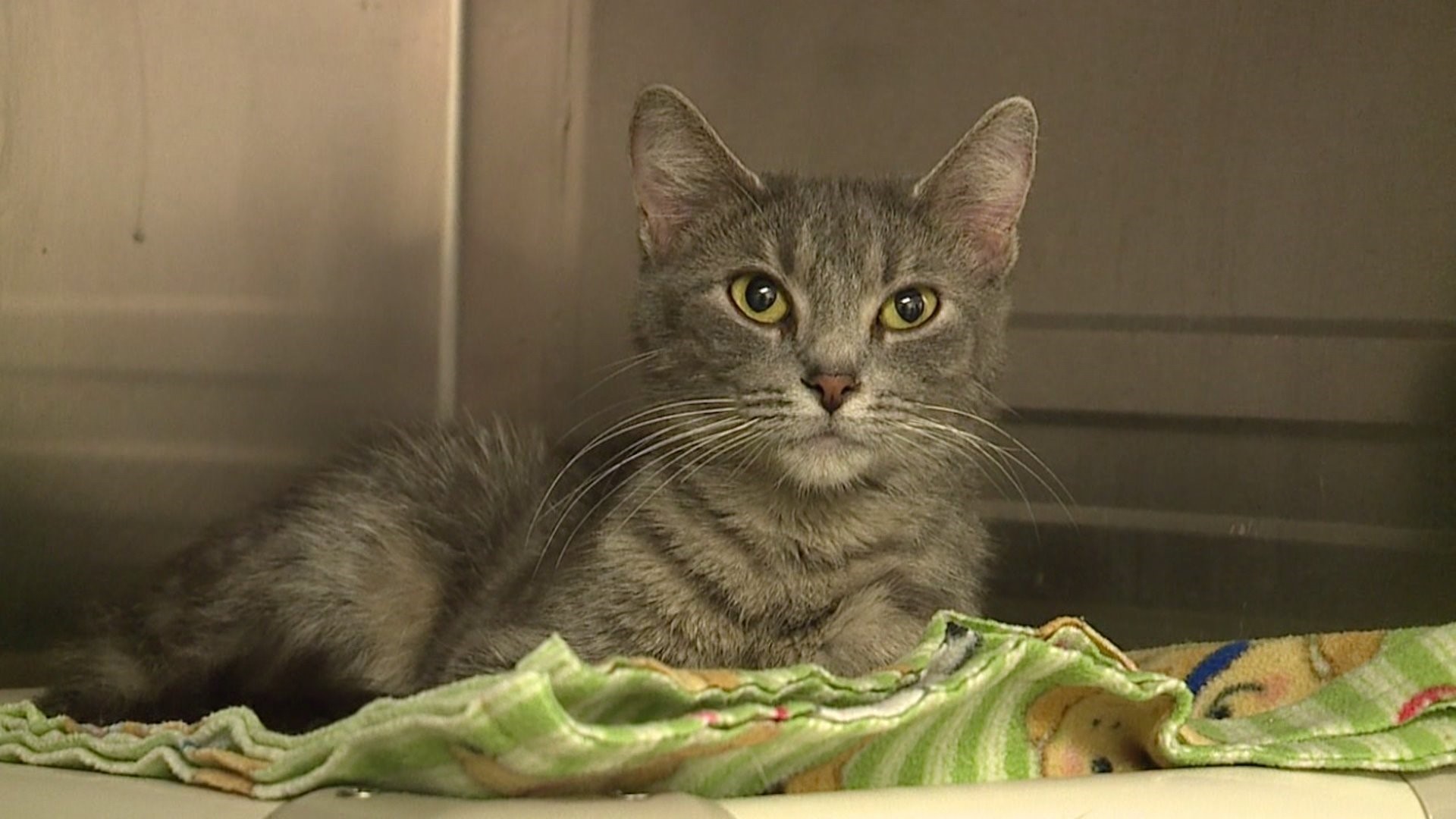 ROCK FALLS, Illinois -- A cat was found abandoned at an animal shelter, left in a carrier full of snow, according to a Rock Falls animal shelter.

Director of Shelter Medicine Donald Czyczyk was driving to work at Happy Tails Human Society on Wednesday, January 23. That's when he says he spotted something pink in the snow near the shelter's driveway. He says he stopped the car to investigate.

That's when he found the cat carrier filled with snow. But he wasn't expecting to find anything else.

"I said, "There's definitely not a cat in here." So I grabbed it, and next thing I know I saw an ear," he recalls.

Inside was a gray tabby cat. He brought her inside the shelter.

"She immediately was all over, wanting attention and love," Czyczyk says. "You could tell she was very happy to be rescued."

the pet carrier that an abandoned cat was found in at happy tails, image from happy tails facebook

Czyczyk shared a post about the cat on the shelter's Facebook page Wednesday morning.  He wrote that the cat, now named Winter, "is lucky to be alive!"

"I almost did not even see him," read the post, "he was buried in the snow bank!"

Razo said the cat, which is believed to be about one year old, was doing well and was being warmed up and fed at Happy Tails. Razo says "he" is likely a "she," although Winter still needs a full exam to determine that for sure.

For now, the team at Happy Tails is making sure she's comfortable and rested.

An ordinance in Whiteside County indicates that people caught abandoning animals can face a fine up to $500.

"This isn't the thing to do right now, dumping an animal, when it's below zero," Razo said.

The Rock Falls Police Department said they had heard about the incident, but had received no reports as of 10:40 a.m. Wednesday.

We reached out to Whiteside County Animal Control, but they have not returned our messages.

Happy Tails says to call if you need to find your animal a new home. The shelter will take it if they have room. There's also a re-homing program where you can find a new family for your pet online.

Winter is being treated for fleas right now and will be up for adoption after treatment.