Carson King, the man whose comedic beer sign turned into a massive fundraiser, has made some serious dough for a children’s hospital. 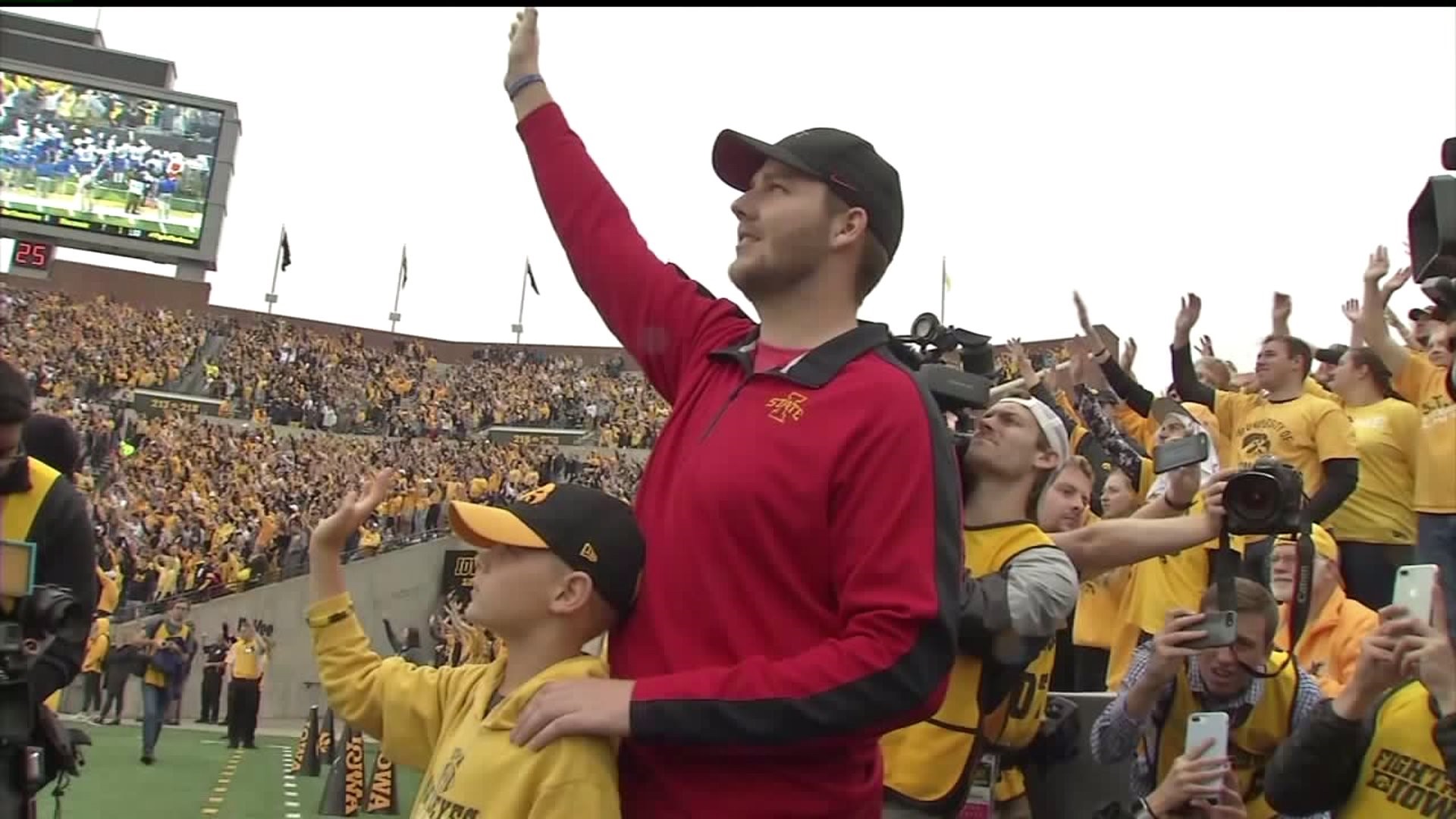 IOWA CITY, Iowa -- Carson King, the man whose comedic beer sign turned into a massive fundraiser, has made some serious dough for a children's hospital.

On Tuesday, October 1, the University of Iowa's Stead Family Children's Hospital announced that King raised $2,959,336 in a matter of about 18 days.

King initially brought a sign to the Iowa vs. Iowa State football game asking for people to Venmo him money so he could replenish his beer supply.  To his surprise, people actually started sending him money in droves, and he decided to donate to the hospital.

“The funds will help us provide the best care possible for our patients,” said Suresh Gunasekaran, CEO, University of Iowa Hospitals & Clinics, and associate vice president, University of Iowa Health Care. “We are grateful to be part of such a spontaneous, remarkable occurrence that brought together so many people. One simple act of kindness sparked a nationwide cause behind which we could all unite – helping children heal.”

The hospital said King had yet to let them know how he wanted the facility to spend the money.

Hospital leaders said they were planning some sort of recognition of the support at an upcoming Hawkeye football game.