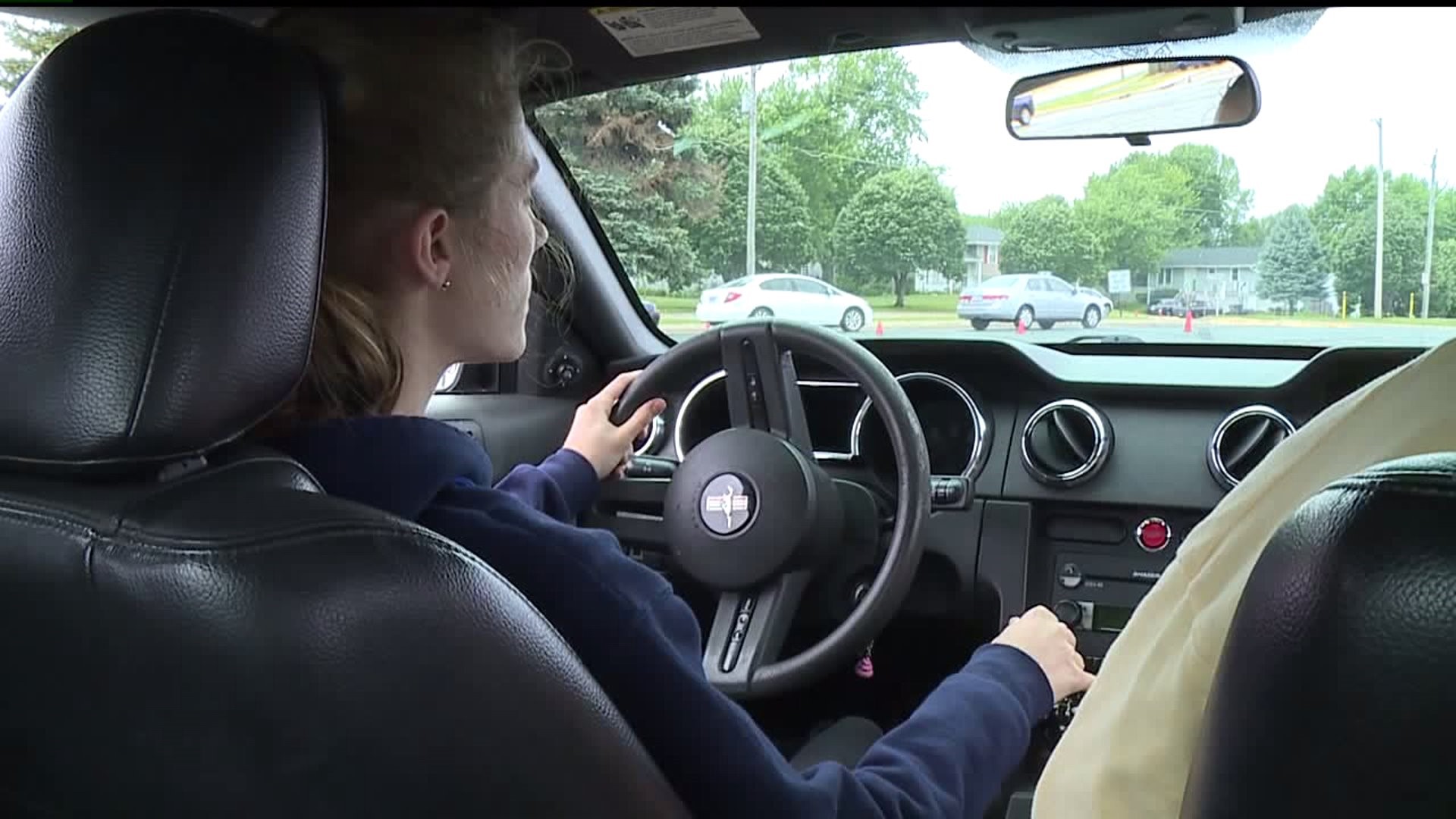 BETTENDORF, Iowa -- Teen drivers are some of the most inexperienced ones on the road and they cause the majority of fatal accidents, according to the non-profit Tire Rack Street Survival. The national driver education nonprofit on Sunday partnered with a local car club to help change that statistic.

"We’re putting on this event to help students understand the characteristics of their cars, at the limit," said event chair Tim Govier.

Govier and other volunteers with SCCA Great River Region were out moving traffic cones, directing traffic, and pouring corn over parts of the pavement to mimick gravel.

There was the accident avoidance exercise, where an instructor in the student's car yelled out last-minute directions to simulate a sudden hazardous road condition. There was a slalom, "to help get the feeling of going in between and forth and look farther ahead," Govier explained.  There was the threshold braking exercise, "It gets the student familiar with how the ABS (anti-lock braking system) feels."

"The goal is for them to gain the knowledge and experience of driving their vehicles in situations  where there might be a surpise on the road," he said.

Students drove their own vehicles to class, so they could become more familiar with their car.

17-year-old Katie Garner became the owner of a 2005 Mustang this past winter.

"I came out here to just kind of learn what my car can do, how to push it, how to handle situations," she said.

Volunteer instructor, Les Shields, a retired police officer was sitting beside her throughout several exercise courses, having her simulate an accident avoidance maneuver, and explaining the "squeeze the orange" method before she hit a curve covered with corn.

"So its not surprise when it happens out on the road," said Govier.

Katie said she learned about car control while racing at the SCCA with her dad, but road conditions there were different and she still took away some valuable lessons today.

"I learned how to do threshold braking," she said, adding that her Mustang had a manual transmisison and no ABS. "So the wheels block up when I try to stop fast."

Govier said many young drivers believe they were good drivers.

"Even if you think I already know all this stuff, you can always be a safer driver," Katie said.