Most kids bring a toy or doll to ‘Show and Tell’ every week, but Charlotte Martin likes to think outside the box by bringing her best friend –... 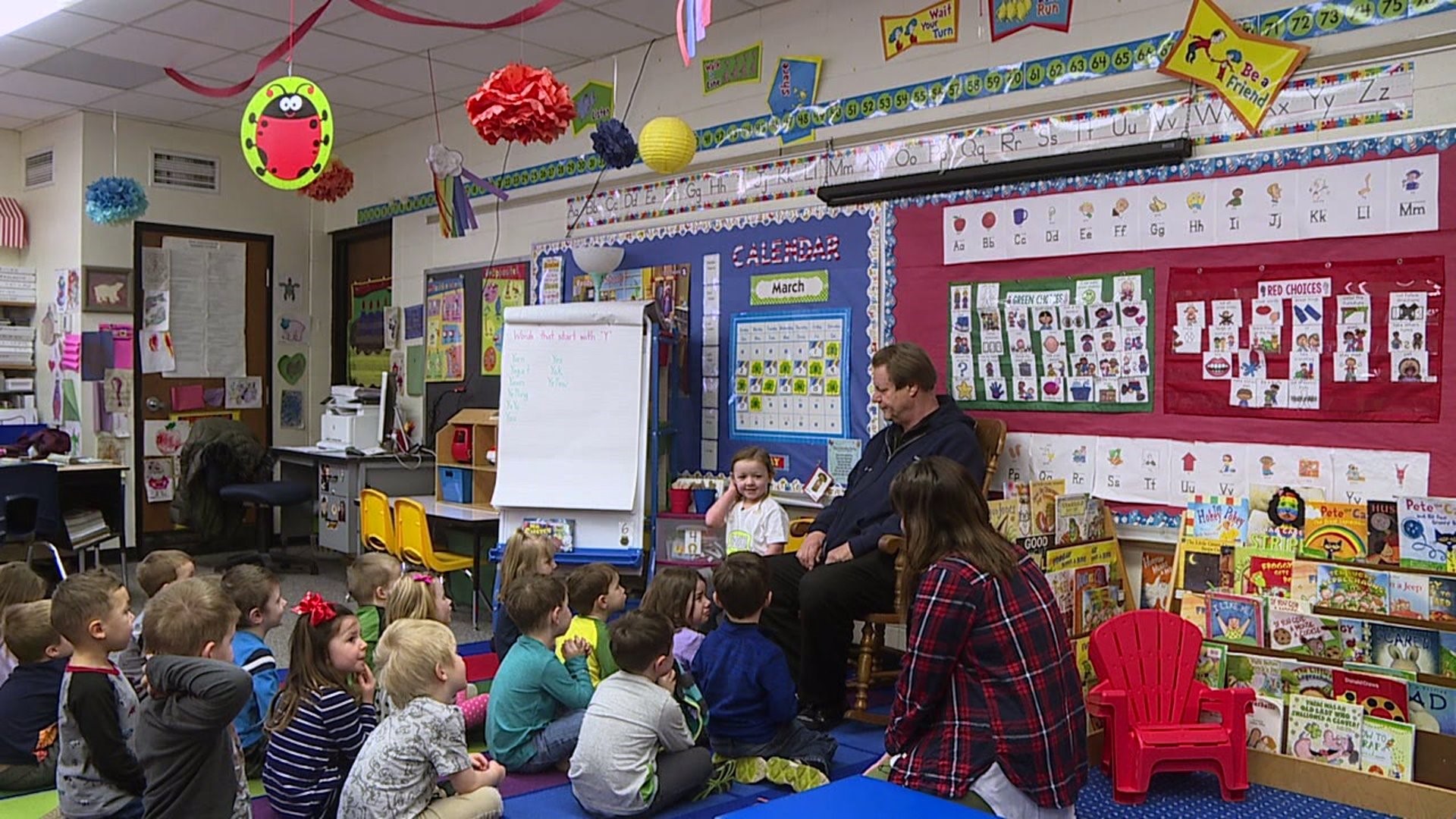 CAMBRIDGE, Illinois – In a classroom 'Show and Tell', most students bring toys, dolls, and other figurines.  But, Charlotte Martin, a 4-year-old from Cambridge, decided to bring a human being to this week's presentation.

Charlotte waits patiently at her front door every morning before school, waiting to see her favorite bus driver.

Dave has been driving Cambridge kids in his yellow school bus for the past 27 years, but never has he driven a girl like Charlotte.

On this Mid-March day, Charlotte has a special request for her bus driver – bringing him as her guest to ‘Show and Tell’.

“When she asked me, I didn’t think much of it, you know? I kind of laughed at it,” says Dave.

Most days as Charlotte walks off the bus, Dave stays on.  But this time she is keeping him right by her side, because right inside Ms. Timmerman’s preschool class ‘Show and Tell’ is underway and this time it’s Charlotte’s turn and she’s bringing her good friend, Dave.

“She probably came in like September or October and asked if she could bring Dave in for 'Show and Tell',” says Betsy Timmerman, Charlotte's teacher.

Charlotte claims she brought Dave because he’s her “best friend” and he plays with the kids on the bus.

“I like to have Charlotte on the bus,” says Dave. “She gets on the bus every day and she has a smile on her face.”

“Usually for ‘Show and Tell’ you bring your favorite toy, your favorite doll, or your new kitty you just got – not a real person,” Dave comments.

But little Charlotte Martin likes to think outside the box.

“Isn’t it kind of funny, because we never bring people here,” replies Charlotte.

Thanks to Charlotte and Dave's friendship, Charlotte shows the school bus isn’t just a way of getting to school it’s a place to make friends – big or small.

Dave says he’s been driving the bus for so long he remembers a lot of the parents when they were young in his bus, but this is the first time he has ever been brought in for ‘Show and Tell’.