Updated: A car and a school bus collided near Monmouth sending students from the bus and the driver of the car to the hospital. 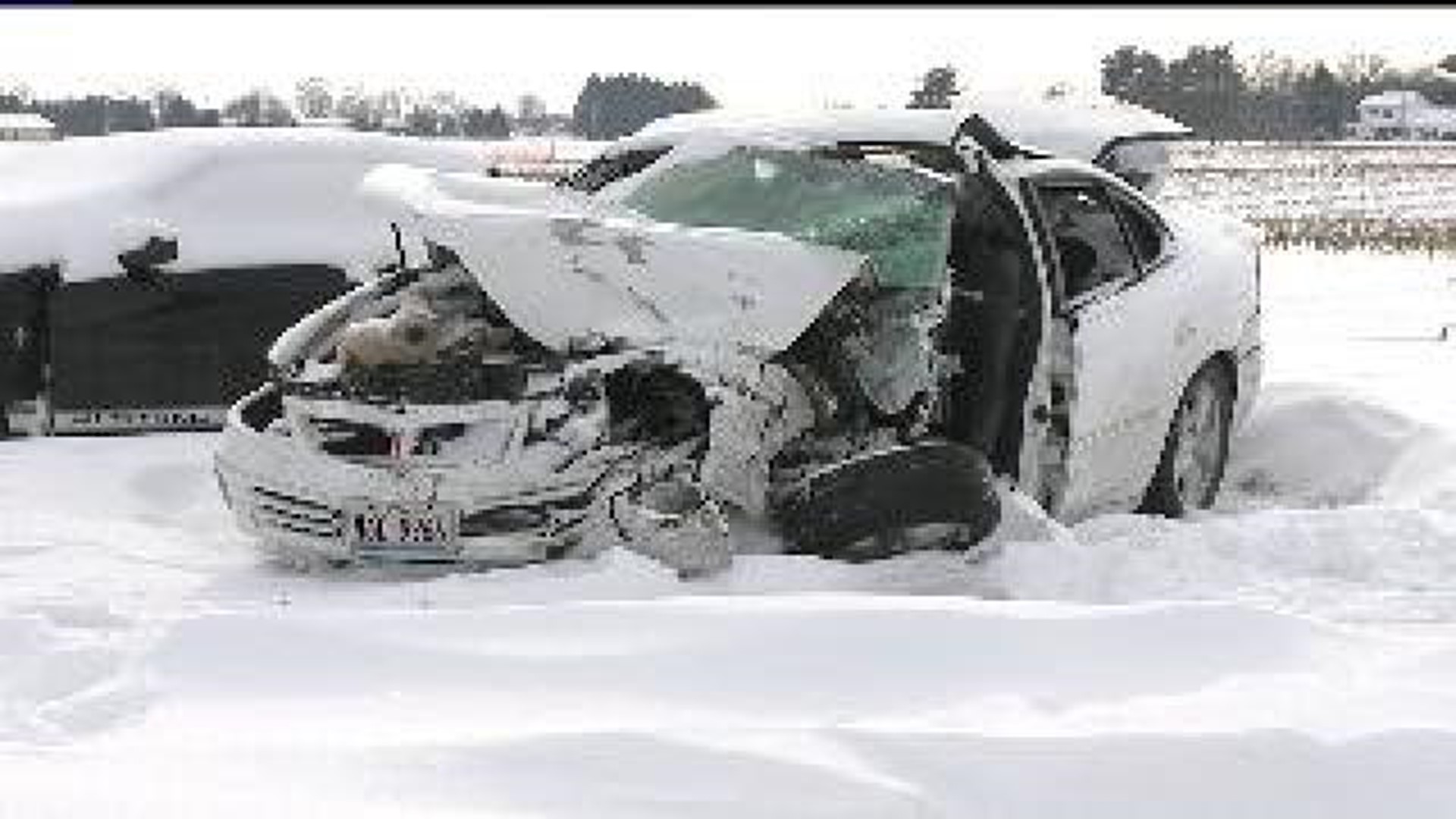 The Warren County Sheriff's Department tells News 8 a woman -- 21-year-old Caitlin Volz -- was driving a Pontiac and traveling north on U.S. Route 67 when she lost control on the snow covered road, crossed the center line, and collided with a United School Bus traveling south. About 25 students were on the bus.

"I was just talking to a friend and then I just felt the sudden brakes and then - boom - I hit the seat on the bus and we crashed into something," says 6th Grader, Hannah Muhleman.

The Illinois State Police said the driver side of the Pontiac collided with the front of the bus. The car then spun clockwise into a ditch on the west side of the roadway. Volz, who was the only passenger inside the car, had to be extricated from the vehicle.

Police say Volz was taken to an area hospital. She was treated and released with minor injuries. She has been cited with "failure to reduce speed to avoid an accident."

Officials say three passengers on the school bus complained of neck and back pain and were taken to an area hospital for treatment.

"Some kind of couldn't move a lot," says Muhleman. "I felt really sorry for them. I hope they're in good shape."

Police say those students have also been released with minor injuries.

Another bus picked up the remaining students and took them to United High School.