BURLINGTON, Iowa — The city of Burlington has been preparing for a Mississippi River crest of 24.1 feet forecast for Saturday, with public works crews ins... 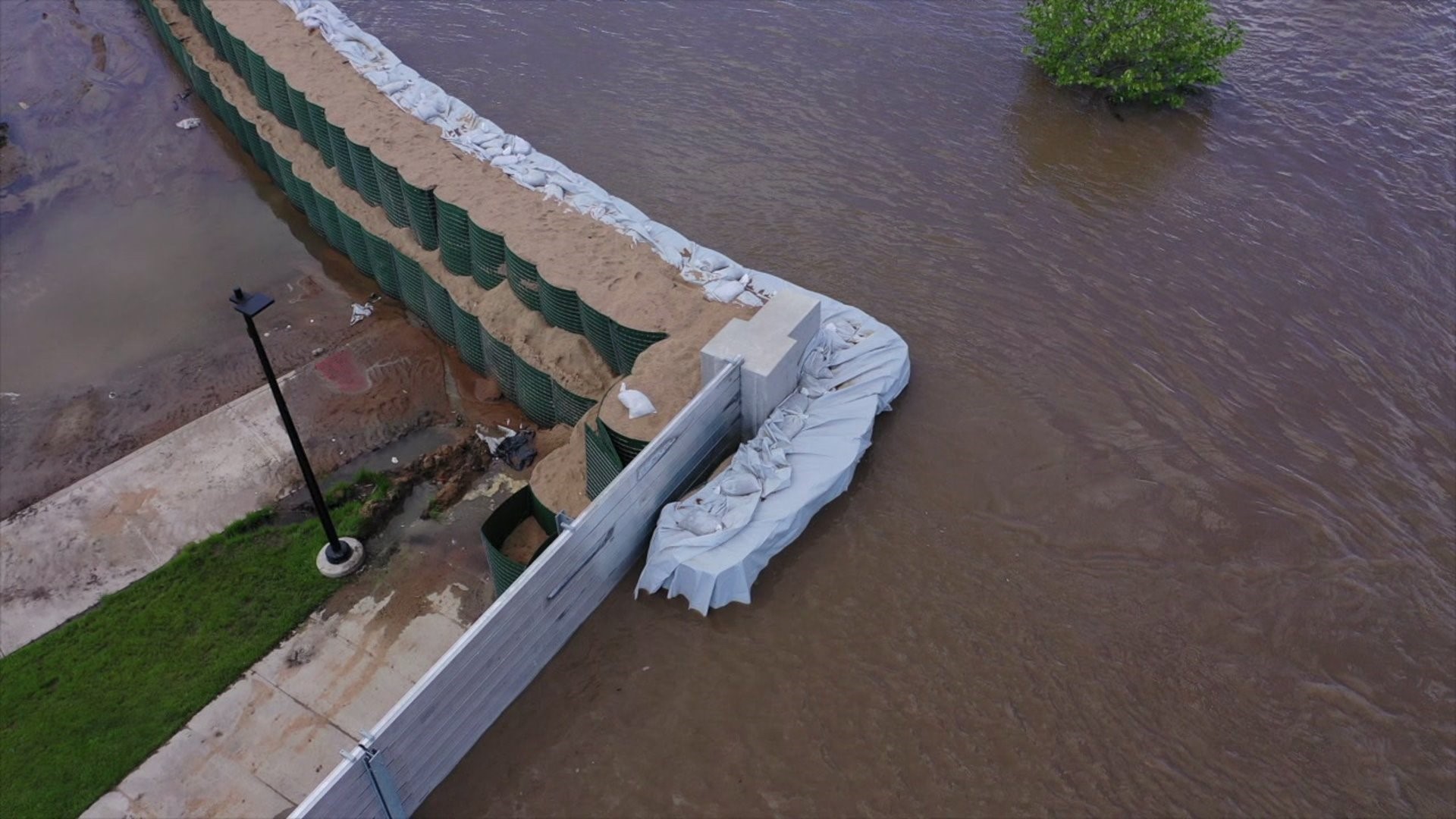 BURLINGTON, Iowa -- The city of Burlington has been preparing for a Mississippi River crest of 24.1 feet forecast for Saturday, with public works crews installing additional HESCO barriers where the temporary flood wall meets the permanent concrete one.

In some places, the barrier wall stands three HESCO barriers deep at the base with two on top. It comes after the city decided to place two HESCO barriers at the base and another on top when it set up the flood wall more than two months ago.

"In order to get the height that’s the only way we were able to do that," said Assistant City Manager for Public Works Nick MacGregor. "And right now the water is over the top of that first HESCO," he said.

The permanent concrete flood wall with aluminum panels protects low-lying properties like the Burlington Memorial Auditorium and the Port of Burlington Welcome Center to the east. Even they could be seen straining to hold back the Mississippi River -- water trickling between the seals.

"I would not be concerned," said MacGregor. "Even the Hoover Dam has seepage, and that's been up for almost 100 years," he said.

His main cause for concern Thursday was the north flood wall, which is why crews spent much of the week adding to the structure.

"Couldn't hurt," said retiree Dennis Kerns, who could be seen fishing for catfish on the north side of the wall on Thursday. "I mean if the water gets downtown there's going to be a lot of people that's really upset. Now I'll throw this pole back out," he said.