During a deadly officer-involved shooting, bullets flew everywhere, including into a home where a family – and a nine-year-old girl – were fast asle... 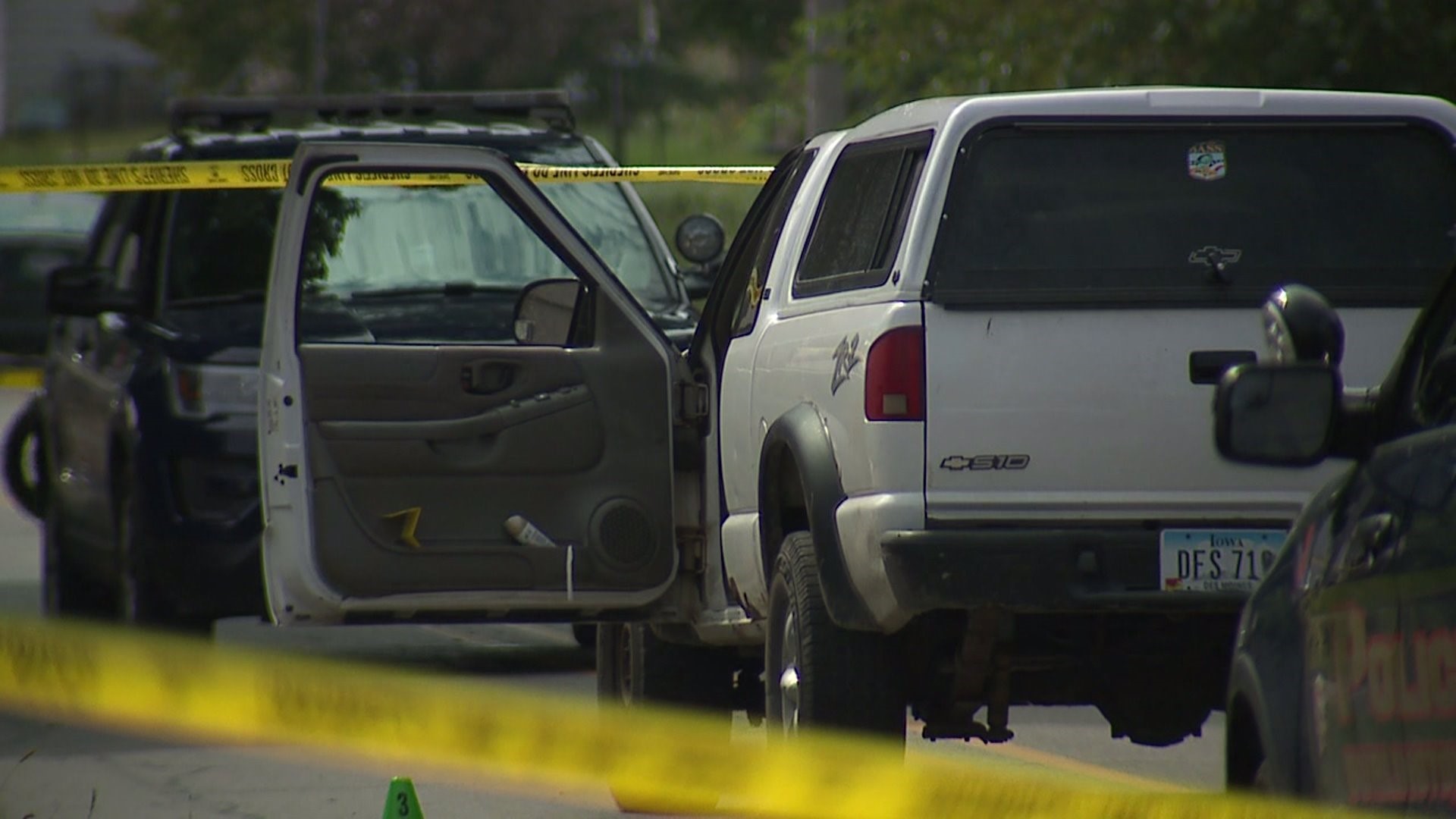 BURLINGTON, Iowa -- During a deadly officer-involved shooting, bullets flew everywhere, including into a home where a family - and a nine-year-old girl - were fast asleep.

Grandmother Linda Scott said she woke up to gunfire just before 1 a.m. Wednesday, September 11.  That's when officers and a suspect were exchanging gunfire near the intersection of Summer Street and Angular Street.

In the exchange of gunfire, the suspect was fatally shot and was pronounced dead at a nearby hospital.

A stray bullet flew into Linda’s home, just inches from where her granddaughter, Stormy, was sleeping.  Another bullet grazed the side of a neighboring house.  The Seventh Day Adventist Church nearby was hit multiple times.

Police said they tried to stop the driver of a white pickup on Summer Street, after responding to a call of gunfire on North Gunnison Street.  But that attempted traffic stop turned into a chase, and then a shootout.

"Just massive gunfire", is what neighbor Brian Dowell said he heard. "And you know, I would have been scared to death to be out on the street at that point because it was just continuous for a good two minutes with what sounded like handguns and full auto."

The officers and deputy involved in the shooting were placed on paid administrative leave.  The investigation is now in the hands of the Iowa Department of Public Safety's Division of Criminal Investigation.

Another recent deadly shooting in Burlington ended in the arrest of a 25-year-old man.