Several trucks caught fire after they were charging overnight at Tennant Truck Lines. 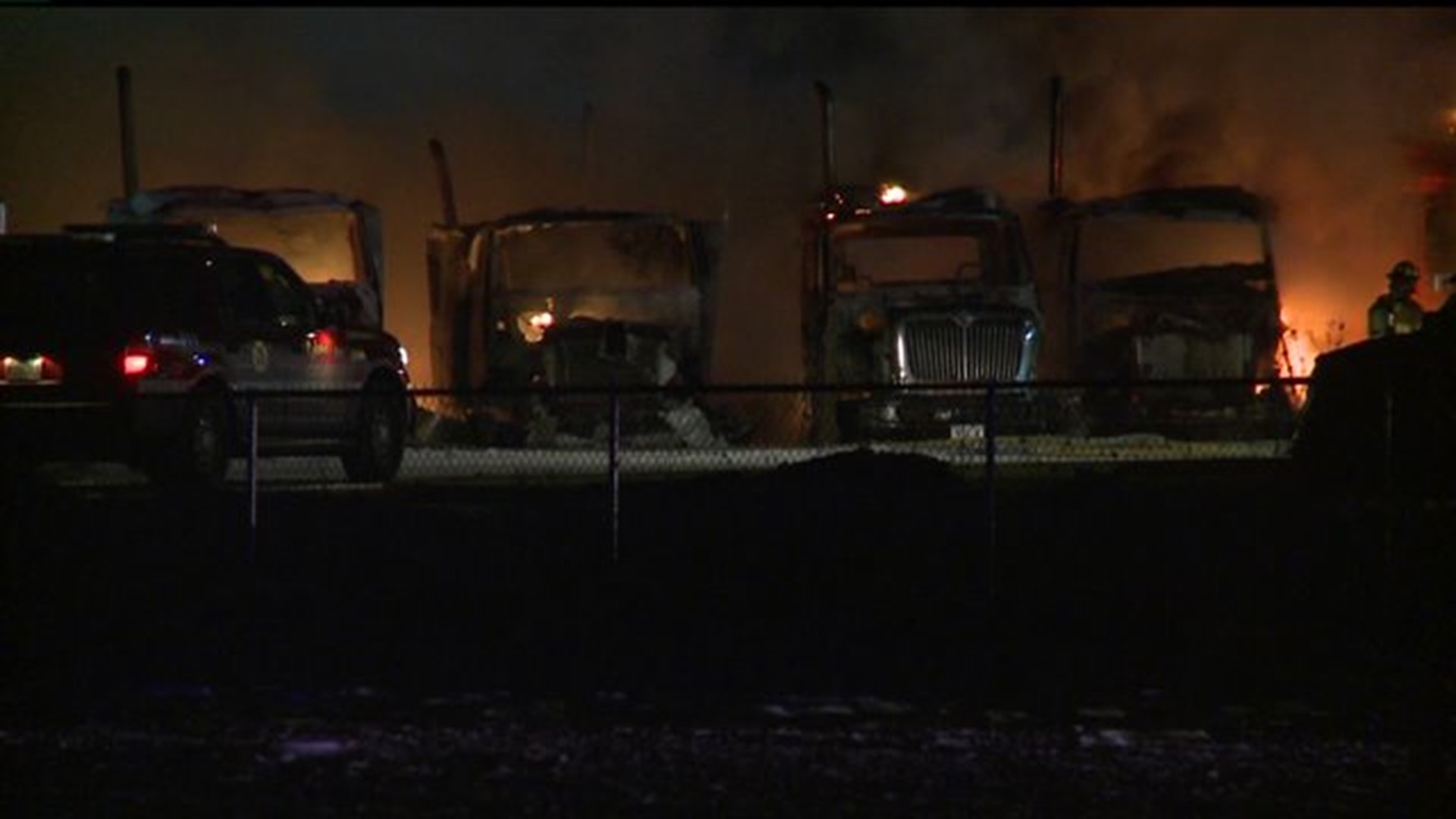 UPDATE:  There are no injuries reported after a fire broke out at Tennant Truck Lines in Colona around 5:45 a.m. Friday, January 9.

Trucks parked at the sprawling complex near Interstate 80 caught fire but the building was not threatened  by the fire.

Firefighters from Colona, Coal Valley, Port Byron, and Hillsdale responded to the scene. They were able to put out the fire in about an hour.

Employees at Tennant said at least five trucks were destroyed by the fire. Employees said the trucks were charging overnight when they apparently overheated.

Firefighters told Jonathan that icy conditions made it difficult to fight the fire.

ORIGINIAL POST:  News 8 is at the scene of a fire that broke out at Tennant trucking in Colona Friday morning.

At least 8 semi trucks are damaged from the fire.  There are reports of frozen fire hydrants hampering firefighting efforts. 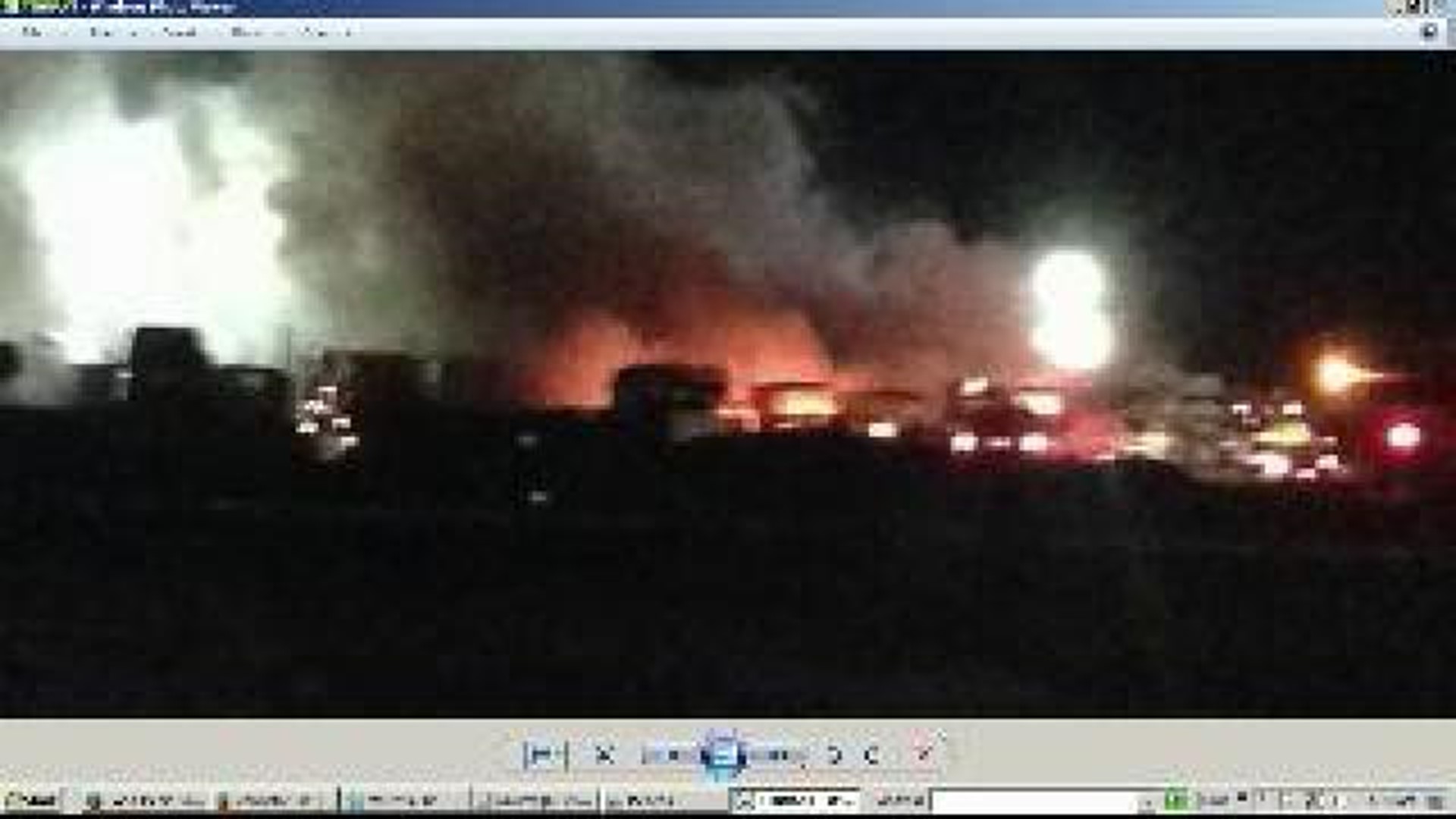