Here is the new, temporary but long-term reality for thousands of drivers who need to cross the I-74 Bridge from Moline into Bettendorf. 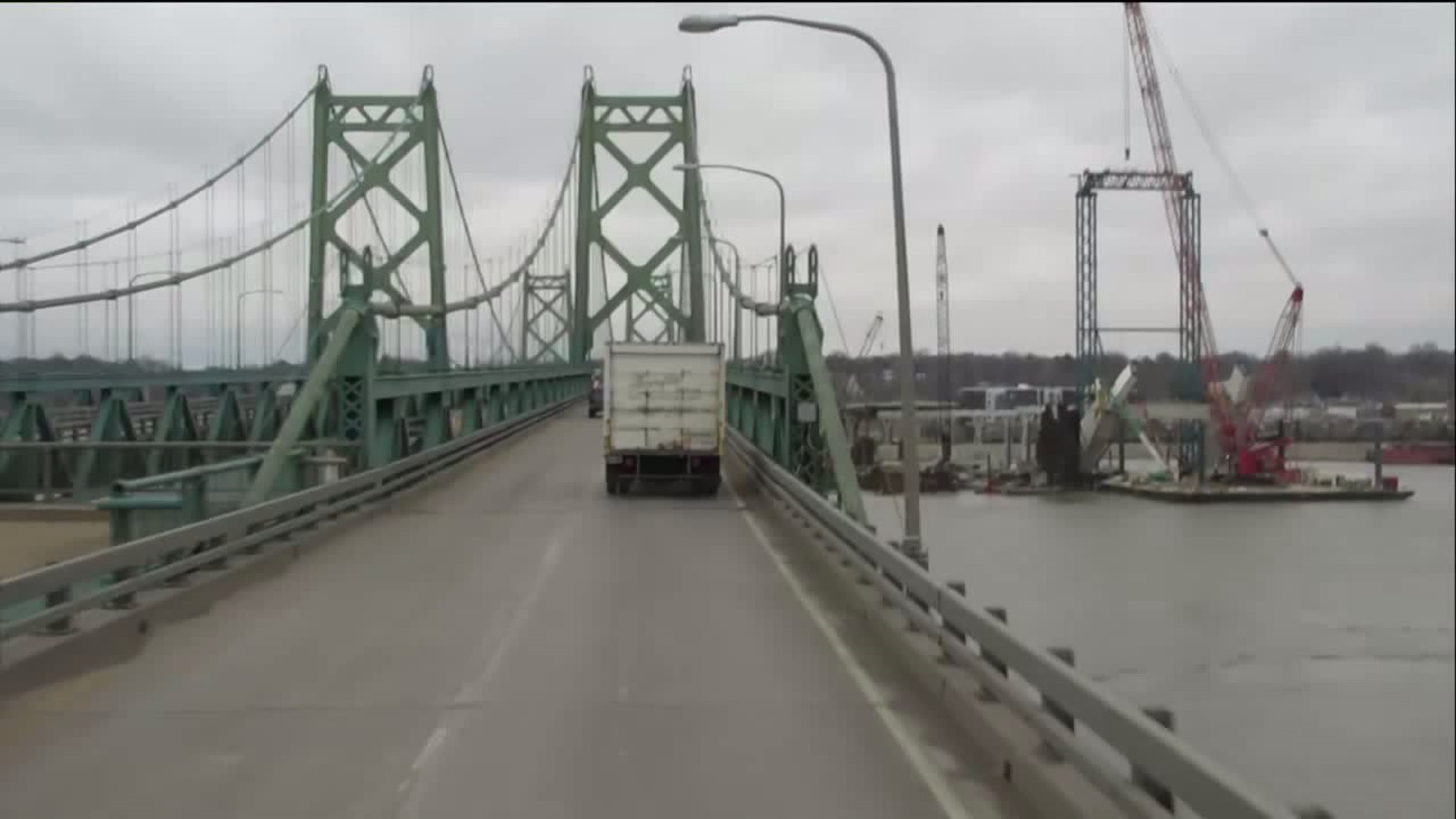 MOLINE, Illinois - Buckle up and prepare to be patient. Starting Monday, March 18, traffic pattern changes on Interstate 74 will begin to impact local traffic through the Quad City area.

As many as 80,000 drivers travel across the river bridge between Moline, Illinois and Bettendorf, Iowa everyday.

In attempt to better show the impact that the new detours will have on drivers, News 8's Ryan Jenkins got behind-the-wheel of "The Beast" and drove the temporary route that traffic will follow for the time being.

Starting at John Deere Road, and driving towards Avenue of the Cities, drivers will be forced off of the interstate and onto 19th Street at Avenue of the cities.

Drivers will continue down 19th Street towards River Drive, in downtown Moline.

Once on the interstate, traffic will flow across the existing bridge, but will be reduced to one lane.

The Illinois half of the detour should be finished by the end of the year 2019.

After the bridge, on the Iowa side of the Mississippi River, traffic will be directed off of the interstate once again, beginning on March 20.

From this point on, traffic won't continue past Grant street until the completion of the new bridge.

Until May of 2019, traffic will be detoured up Kimberly Road in Bettendorf, underneath I-74, and up to Middle Road.

Traffic will turn right on middle road, and will be able to turn left onto I-74 westbound again where traffic will merge back onto the interstate.

In June of 2019, that detour will be shortened, and traffic will be able to exit at Grant street in Bettendorf, and continue forward to re-join I-74 using the on ramp at the point where Kimberly Road and 14th Street split into two directions on the other side of the intersection there.

Traffic will merge back onto I-74 there at that point.

The Iowa side of WB I-74 will remain closed between Grant Street and Middle Road until the completion of the new bridge.

According to the I-74 River Bridge website, The Departments of Transportation anticipate that the new Iowa-bound bridge will open to traffic in the first half of 2020.

However the website says this schedule is dependent on multiple factors, including weather.

With the completion of one of the most complex aspects of the project – the arch – the departments of transportation will have a more accurate picture of the schedule.

The Departments of Transportation are closely monitoring progress with the goal of opening the new Iowa-bound bridge to traffic as quickly as possible.

All on- and off-ramps will remain open on Illinois-bound (eastbound) I-74 during the 2019 construction season.