“I have been so blessed to serve as your governor,” said Iowa Gov. Terry Branstad during the Condition of the State Address on January 10, 2017. 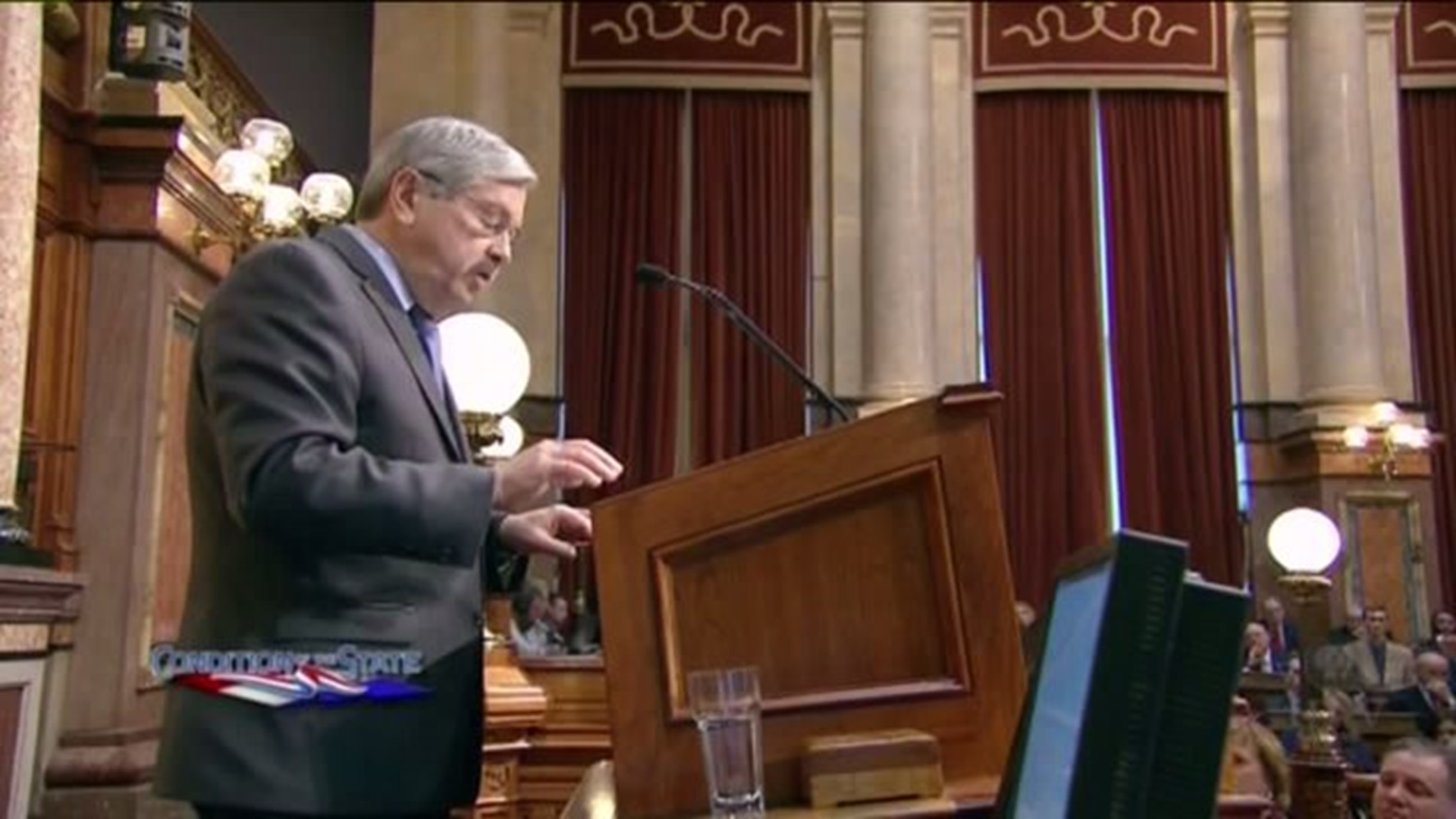 DES MOINES, Iowa - With a mix of nostalgia and gratitude, Iowa Gov. Terry Branstad likely delivered his final Condition of the State Address on Tuesday, Jan. 10.

"I have been so blessed to serve as your governor," he said.  "Serving the state I love for 22 years."

The nation's longest-serving governor is preparing for confirmation to serve as U. S. Ambassador to China. But while he remains in office he is calling on the Republican majority to use new dynamics, expectations and opportunities to deliver positive results.

"This year, let's show Iowans we can make these decisions early," he said.

Branstad wants to tackle education funding in the session's first 30 days.  He's calling to increase K-12 funding by about 2% each of the next two years.

"Our students and our schools have been losing the last six years since Governor Branstad came back," he said.  "It's been the worst six years of school funding."

Branstad calls on lawmakers to slice $100 million in spending.  For part of that, Republicans plan to take on collective bargaining.

"We are committed to a smaller and smarter government that seeks innovative ways to provide services rather than blind adherence to the way things have always been done," he said.

"Democrats believe in progress," countered Sen. Hogg.  "We believe in good jobs, good wages. The way to do that is not by attacking our public workers."

Branstad also warns Iowans that other longtime services are at risk of being challenged or cut.

"Eliminating taxpayer funding for organizations that provide abortions," he said.

As Gov. Branstad wraps up his record-setting run in office, he showed gratitude for decades of support.

"There's no better job in the world than being governor of the state you love," he concluded.