Family members are working together to help Miranda and Shania recover. They are asking for help with medical expenses and have set up gofundme pages. 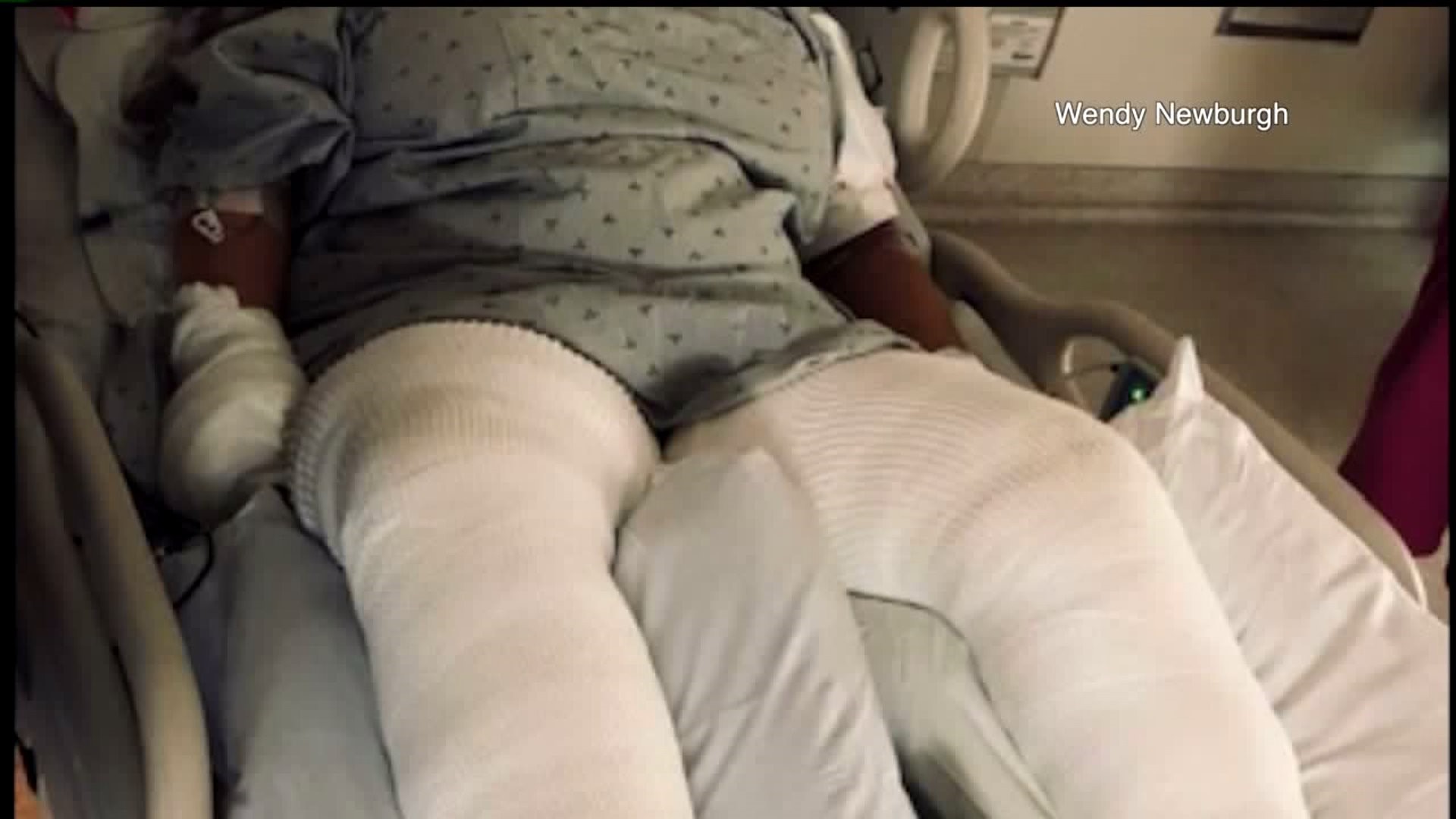 "It just scares me that other kids might try this," said Larry Estes. Estes is Miranda's father and the accident happened in his own backyard.

"That's the can they used it was a half gallon and it was just terrible," said Estes.

His daughter, Miranda, and her best friend, Shania, caught on fire after trying to light a fire using paint thinner to make s'mores.

"That was the idea..get the fire going go get the stuff bring it out and make s'mores," said Estes. He says the fire was still hot from when he used it earlier causing it to explode on both of the girls.

Their neighbor says he heard a loud bang and saw one girl running around on fire until Miranda tackled her to the ground to put her out, not knowing she was also on fire.

Miranda then ran inside and jumped in the shower to put herself out and wake up her parents.

"All I know is when they were in the house and they woke me up Shania was standing there screaming and my daughter was going 'we've got to go to the hospital, Shania got burnt, I got burnt," said Estes.

Estes drove them to the hospital. They were later transferred to the ICU in Springfield for treatment. Both girls have serious burns and Estes says they're struggling, physically and mentally.

"She tries to go to sleep but every time she wakes up she sees her friend running around on fire," said Estes.

They'll need months of treatment and both will have to go through skin graft surgeries to repair the burnt skin.

"They're both fifteen years old, they have their whole life way ahead of them and now they are both scarred for the rest of their life," said Estes.

Shania went through her first surgery successfully on Monday, October 15. Miranda was expected to go in on the 16th. They were unsure when they would be able to return to school and will have to go through extensive therapy.

Family members are working together to help Miranda and Shania recover. They are asking for help with medical expenses and have set up gofundme pages:  Miranda's  |   Shania's