The Iowa Department of Criminal Investigation has released body camera video that shows the moment a police officer shot a Burlington, Iowa, woman. 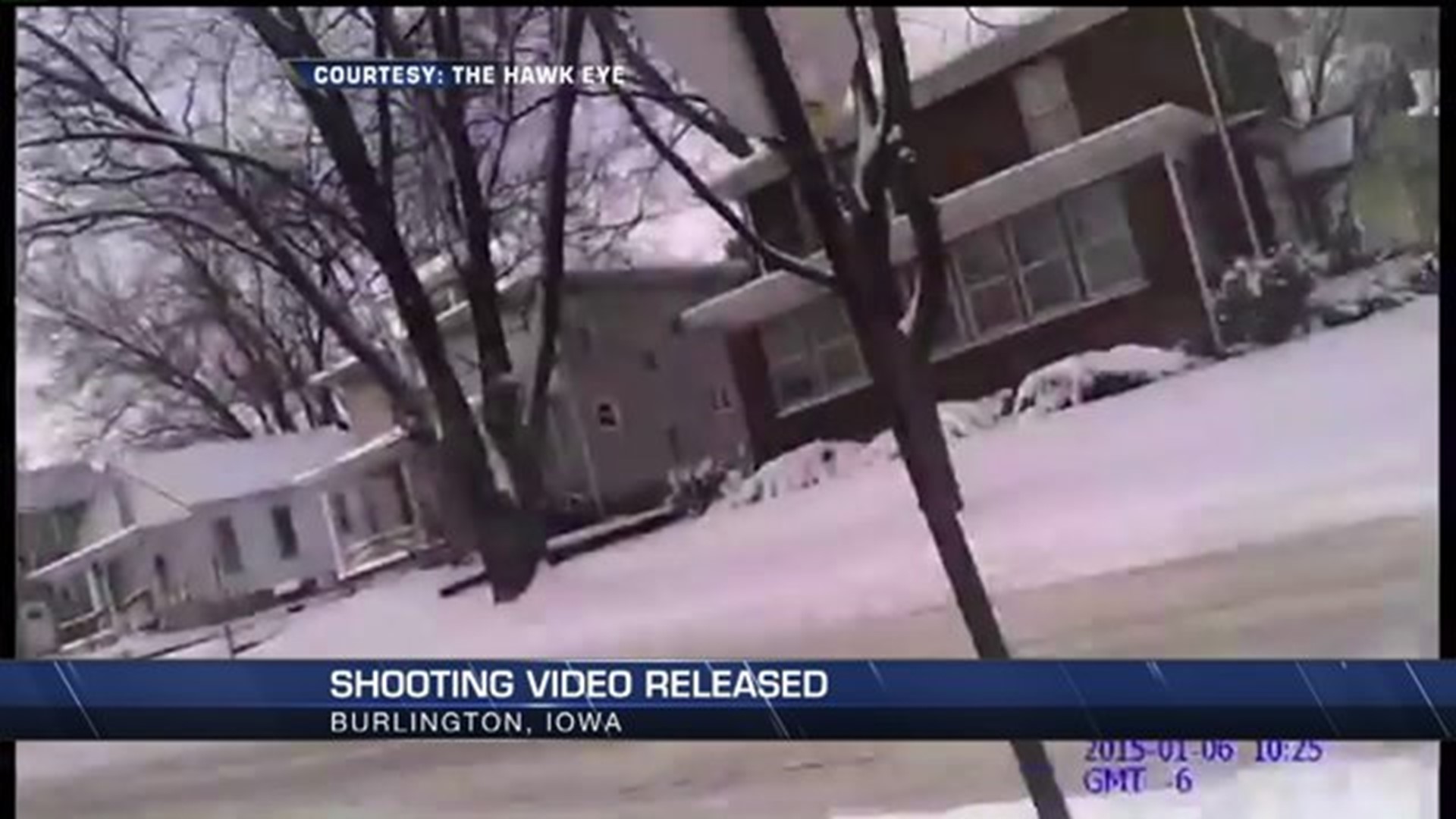 The Iowa Department of Criminal Investigation has released body camera video that shows the moment a police officer shot a Burlington, Iowa, woman.

On January 6, 2015, Officer Jesse Hill responded to a domestic call in the 100 block of South Garfield Avenue. Hill fired his weapon twice, and one round struck Autumn Steele mid-torso, according to the Iowa Department of Public Safety. Steele died while being treated.

Neighbors told News 8 that Hill was attempting to shoot a dog, but slipped.

Hill responds, "Get your dog!" and growls can be heard in the background.

Two shots are then heard as the camera flips up towards the sky.

In February, Des Moines County Attorney Amy Beavers said no charges would be filed against Hill.

According to a report by KBUR, in an eight-page memo, Beavers said that Hill approached the couple and was bitten by their dog. He asked for the dog to be restrained and drew his gun. The dog reportedly continued to approach him, and according to the DCI investigation, this is when Hill fell backwards and fired two shots. Steele was struck in the chest by a bullet.

According to KBUR, Beavers said it was “a very tragic, accidental death.”

Tuesday, Steele's family members said they will continue to seek justice for Autumn.

A rally, organized by the Facebook group "Autumn Steele Official Group Until There is Justice," is planned for April 13, 2015 in Burlington.

Officer Hill will be released from administrative leave, and returned to duty, Friday, March 27 according to a statement from Burlington Police Chief L.D. Beaird issued March 25.